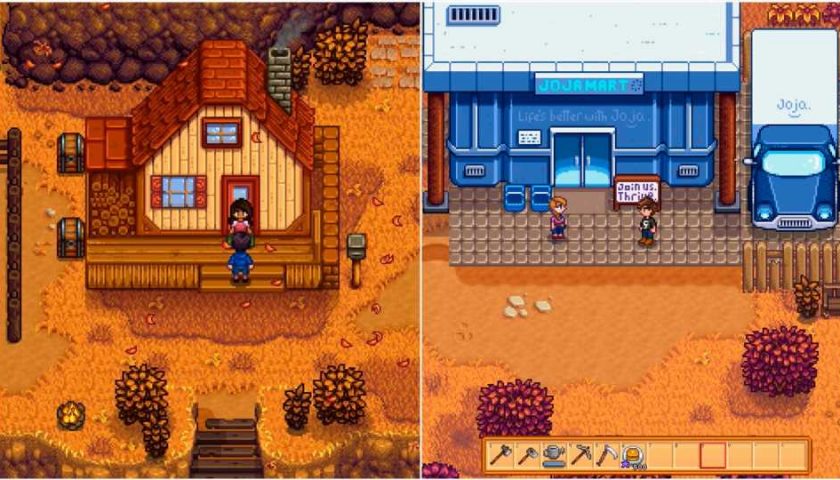 Stardew Valley Expanded adds so much content to an already incredibly detailed game, but one aspect that goes less noticed by new players is the addition of new cutscenes. Most of these cutscenes are heartwarming and light-hearted, while some uncover the deeper lore of Expanded's new character additions. However, just as in the regular game, some cutscenes tackle some heavy themes. These are called "Mature Events," and players must enable these in the Config.json file or a mod manager in order to experience them.

Many of these cutscenes expand on themes that are already explored in the usual cutscenes, and while everyone's preferences and experiences are different, the themes within these cutscenes could be triggering.

These mature events explore themes such as war, mental health (PTSD, depression, suicide), loss, death, abuse, and alcoholism. Each entry will have its own content warning, but as you play the game, approach these events with caution.

Major spoiler warning for each cutscene from here on out. 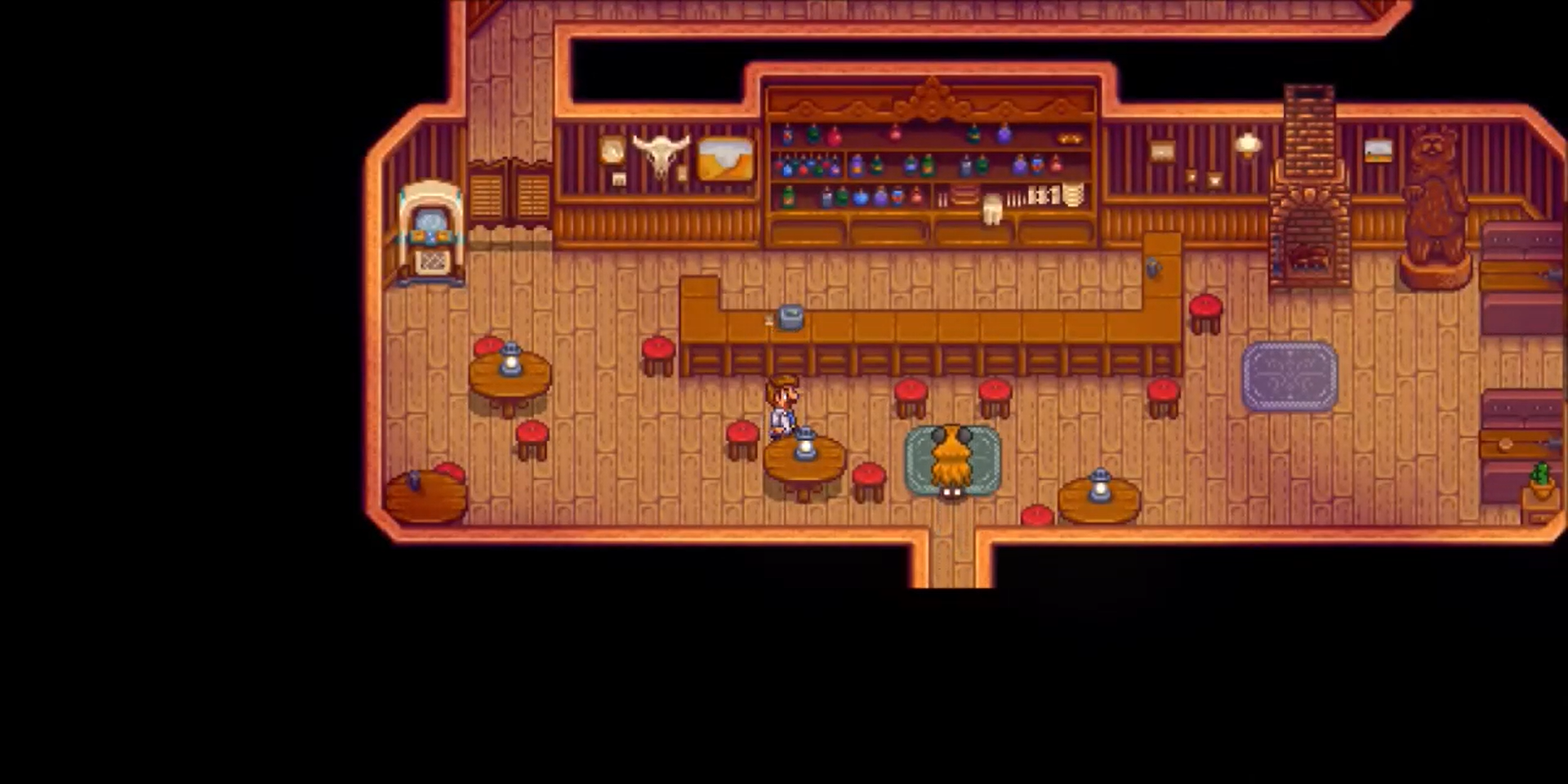 Exiting town toward Blue Moon Vineyard stands by the edge of the Gem Sea, in front of Sophia's house. He asks what the farmer is doing in the area, making small talk in his typically friendly way. If you wish him luck with his day, the cutscene will end. However, if you ask Gus about the vineyard, he tells them that he was close with Sophia's parents before a tragedy left Sophia to run the vineyard by herself.

Asking about her parents leads Gus to reveal that they died in a car accident, pleading with you not to discuss this with Sophia. On the other hand, apologizing to Gus for bringing up bad memories will also end the cutscene, and Gus will act distantly toward you as the conversation leaves him lost in thought. 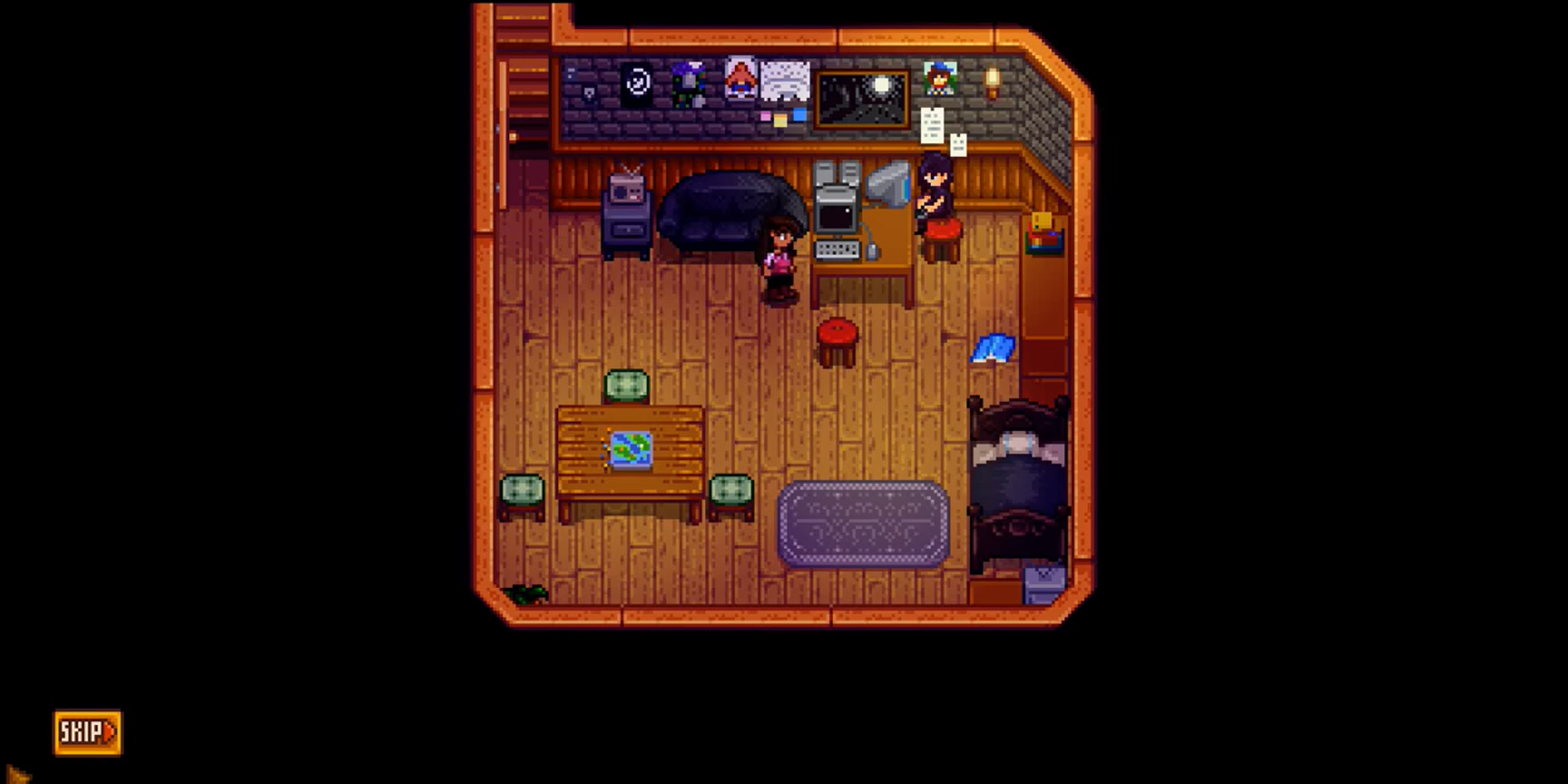 You find Sebastian smoking by the river. At the start of the cutscene, you have two options: ask how he's doing, or tell him to stop smoking (-100 friendship) which will end the event.

Asking if he's okay leads to another set of questions: being earnest will make Sebastian feel comfortable opening up to you, as he tells you he has a lot on his mind. He admits that he's been thinking about his biological father, who was abusive toward him and his mother, Robin. The player can then offer sympathy for how much Sebastian has gone through (+100 friendship) or make a sarcastic comment about half-listening to him (-750 friendship). The event ends here, no matter how the player responds. 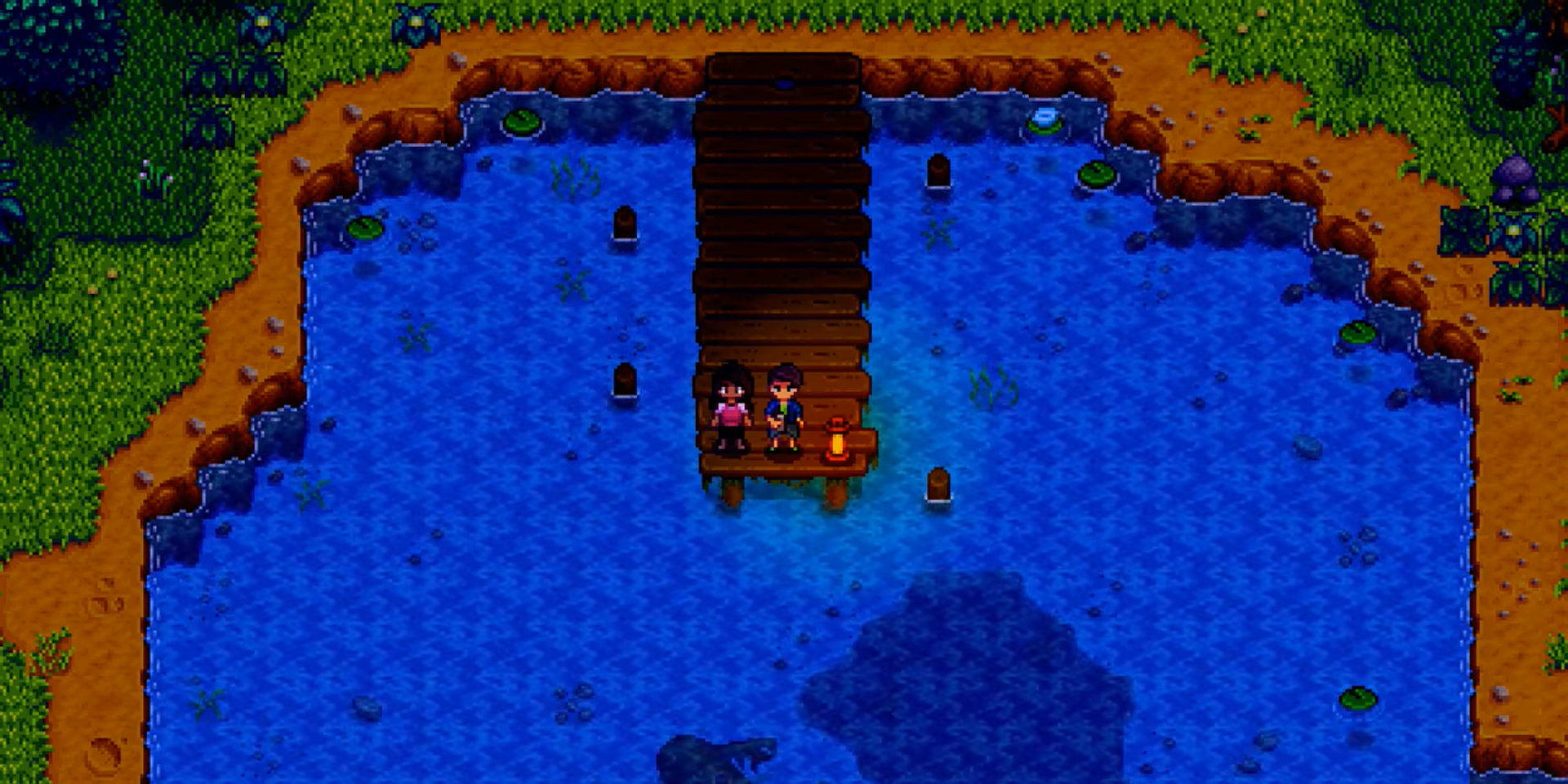 At the railroad, you see Shane standing by the train tracks, and can ask what he's doing there. He tells you that he's had a lot on his mind; specifically, he's thinking about the last time he was there, when he was severely depressed. He felt hopeless and trapped, and even contemplated ending his life.

He is surprised at how recently he felt that way, and how different he feels now. He tells you that he's not sure why he felt compelled to share this, suggesting that he must be hungover, and going home to drink some water. None of your answers affect your friendship with Shane, and you'll receive +25 friendship with him when the event ends. 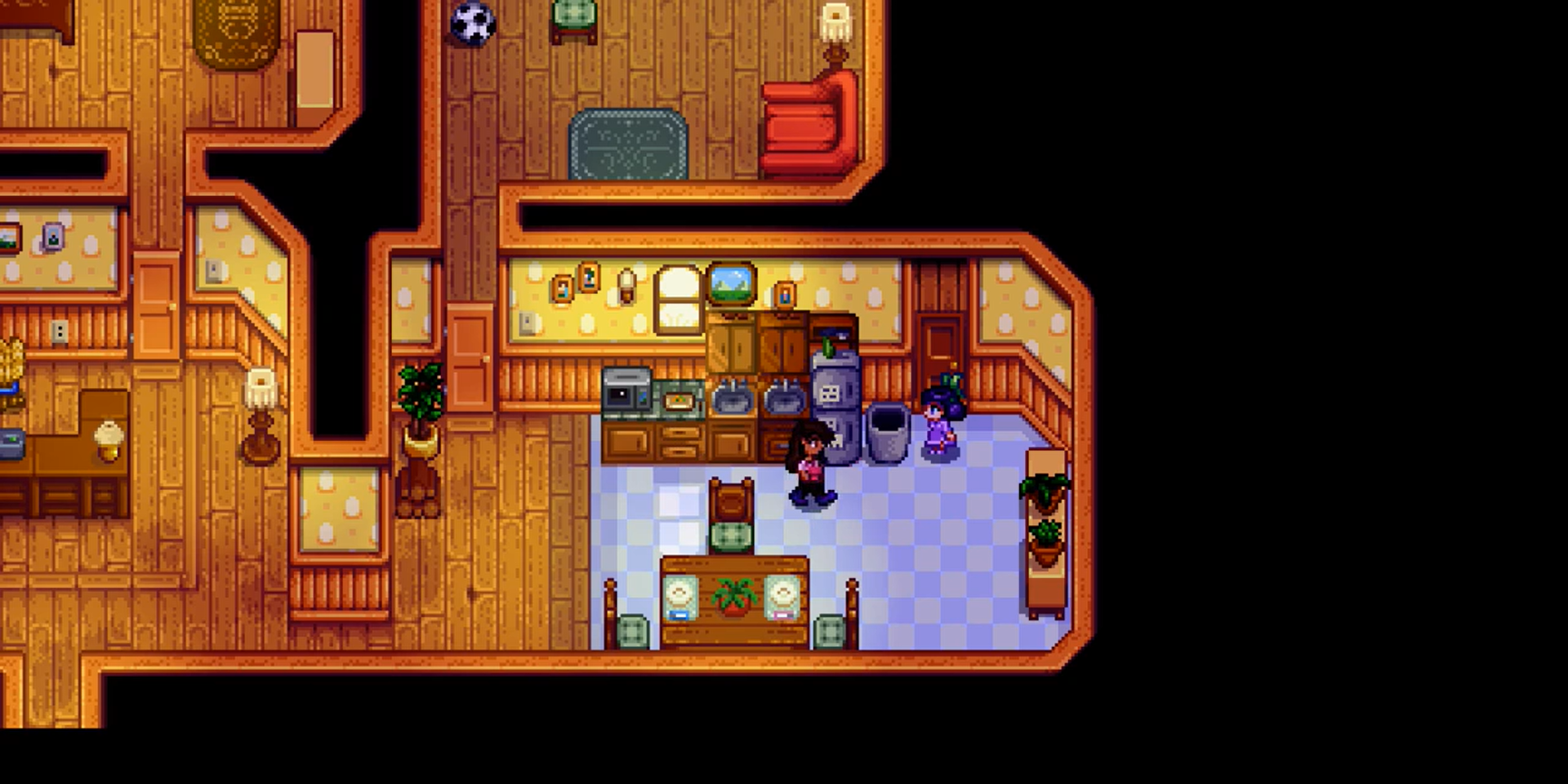 Jas jumps rope near Suki's traveling cart and stops to chat with Suki, who gives Jas a present. Jas is excited by the gift, telling you about it as you approach. We learn from Jas that Suki brings her a new gift every time she visits the Valley. But Suki is from the Gotoro Empire, with whom Ferngill Republic is in conflict with.

Jas wonders why the conflict has to occur – she's learned that the Gotoro Empire is evil, but Suki is so nice to her that she questions how that can be true. You can assure Jas that peace will come soon (+50 friendship), or show support for the conflict (-750 friendship). Jas will be comforted by the idea of peace, and excited by the prospect of her friendship with Suki. But, if you support the war, Jas will avoid talking to you the next time you see them.

On the path outside the Adventurer Summit (the new location of the Adventurer's Guild, above the original Mine entrance) you come upon the Dwarf stargazing. He tells you that the stars remind him of the Caves of Vataku, which was his home before Pelican Town. He opens up to you about how he misses his home, and how, except for you, he fears most humans.

Mostly, he fears their technology, and the human impulse to use it to destroy the things they don't understand. Still, the farmer is different, and the Dwarf hopes there are more humans like you. No matter if you agree or disagree with the Dwarf's opinion of humans, none of your answers affect your friendship with the Dwarf, nor the progression of the event. 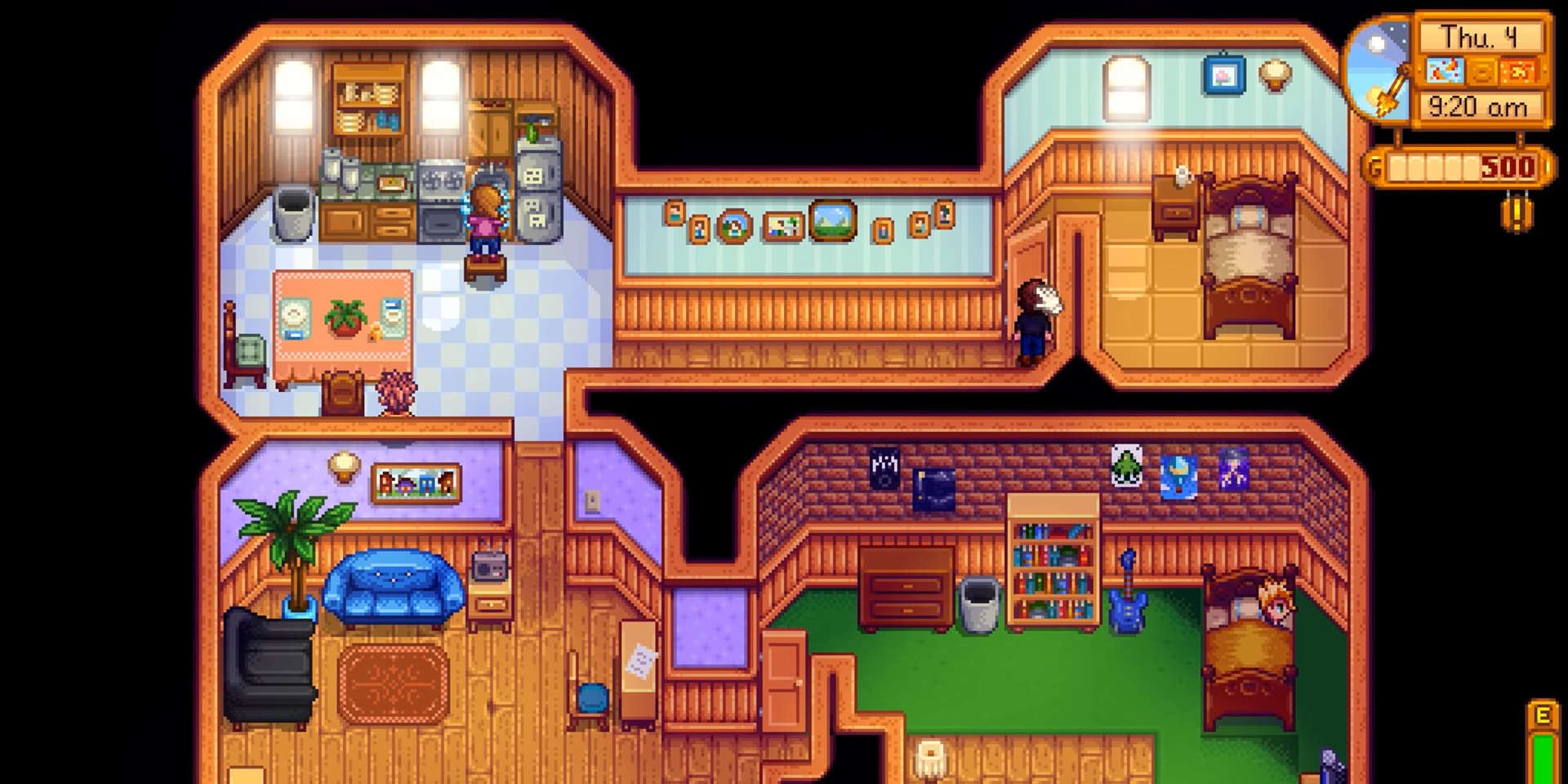 You approach Jodi as she waters her garden, and she greets you briefly, before awkwardly returning to her work. She seems distressed about something. You can walk away to end the event, or ask if Jodi is okay.

Asking will prompt Jodi to share that Kent has been struggling with his mental health since returning to the Valley. He hasn't shared much with her, but he has been seeing Harvey to address the trauma he endured as a soldier, and taking medication to help ease his symptoms. However, Jodi is worried; she isn't sure if the medication is helping him, and she doesn't know how she can help him. You can either mention that Kent needs Jodi now more than ever, or you can recommend that they look for a therapist that Kent can see. Both answers seem to make Jodi feel better. She apologizes for oversharing, but appreciates that she was able to confide in someone.