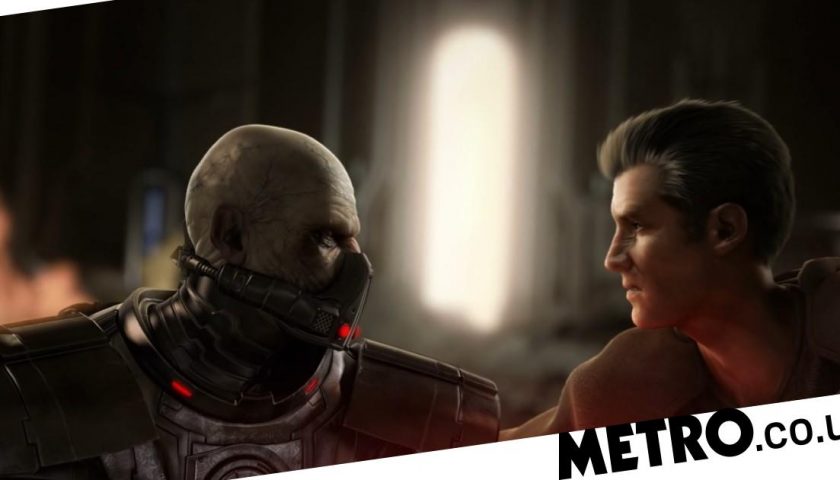 The 10th anniversary of MMO The Old Republic has inspired EA to remaster one of the best CGI sequences ever made for Star Wars.

The games industry has always been very good at missing open goals, but the fact that EA owns both the Star Wars licence and developer BioWare, and yet has made no attempt to create a new Knights Of The Old Republic game, is especially peculiar.

Not only that but neither company seems to have anything to do with the remake of the original game. Although they are both still involved with MMO The Old Republic, which is celebrating its 10th anniversary this month.

The Old Republic has never enjoyed the sort of mainstream profile you might have assumed from the licence, but it is famous for at least one thing: the quality of its pre-rendered trailers.

Unfortunately, the trailers look nothing like the purposefully low tech in-game visuals, but they’re lauded as being amongst the best Star Wars animated content ever created – which given the quality of shows like The Clone Wars is no small compliment.

The best one of them all is arguably Deceived, which was originally released on June 1, 2009 – before the game’s release – and features Jedi and Sith, and a few non-Force users, going at it hundreds of years before the movies.

EA has remastered the trailer in 4K and it’s still impressive a decade later. And while you can see the visuals are edging closer to what can be done in real-time on a console, it’s interesting that we’re still not there yet.

Although it is assumed to be nearing the end of its life The Old Republic is still getting new content and has a new expansion called Legacy Of The Sith coming soon.

What fans really want though is Knights Of The Old Republic 3 and while there’s only been vague rumours of that (involving neither EA or BioWare), there’s definitely increasing interest in the time period.

Not only is the remake on its way but rumours have emerged that a Knights Of The Old Republic movie has been fast-tracked by LucasFilm, and will release before the officially announced Rogue Squadron film (also at least partially inspired by a video game).

An Old Republic movie has been rumoured for several years already but according to the latest whispers it could be out as early as 2023, although it won’t be a direct adaptation of the first game.

Reliable Star Wars leaker Jordan Maison also suggests that it’s ‘not the only thing in the world for this era’, although it’s unclear whether he’s talking solely in terms of movies/TV or also games.