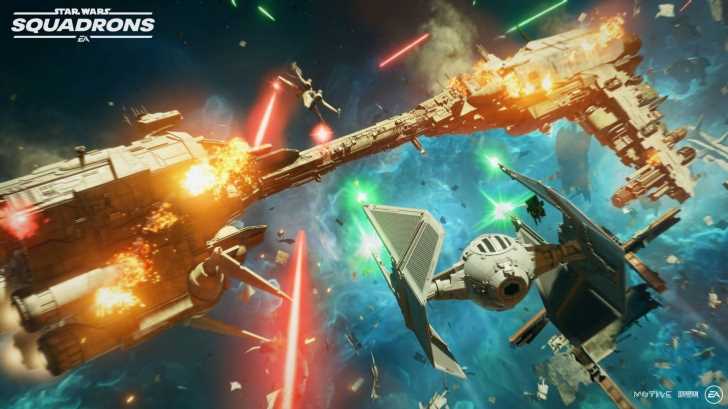 Star Wars: Squadrons is free on the Epic Games Store for one week, starting from today.

Squadrons launched in October 2020, offering Star Wars fans the chance to pilot some of the franchise’s most iconic ships in amazing space combat across a single player story mode and multiplayer dogfighting modes. Developed by EA Motive, the game was developed as a flatscreen and VR release, available across consoles and PC, with optional VR support on PlayStation via PSVR and PC with most PC VR headsets.

Starting from today, November 24, you’ll be able to redeem a free copy of Star Wars: Squadrons for PC on the Epic Games Store. The offer is only available until December 1, as part of the storefront’s rotating weekly offer of free games. If you have a VR-ready PC and a PC VR headset, you’ll be able to boot up in the game in VR and experience some amazing first-person space combat that brings the Star Wars world to life.

We enjoyed the game on release, praising its detail, level immersion and wish fulfilment for Star Wars fans, even if the multiplayer didn’t quite provide the post-campaign longevity we were looking for:

While I would say that Star Wars: Squadrons has exceeded my already lofty expectations overall, it’s not without its faults. It still manages to out-perform every other VR space combat game I’ve tried across the board for my tastes and offers a ton of nuance in its gameplay and immense entertainment with its full campaign … Minor gripes aside, for fans of Star Wars, fans of arcade-style space combat, and fans of just flat-out immersive VR, it doesn’t get a whole lot better than Star Wars: Squadrons.

You can read our full review of Star Wars: Squadrons here. The game will be available for free from today on the Epic Games Store until December 1.