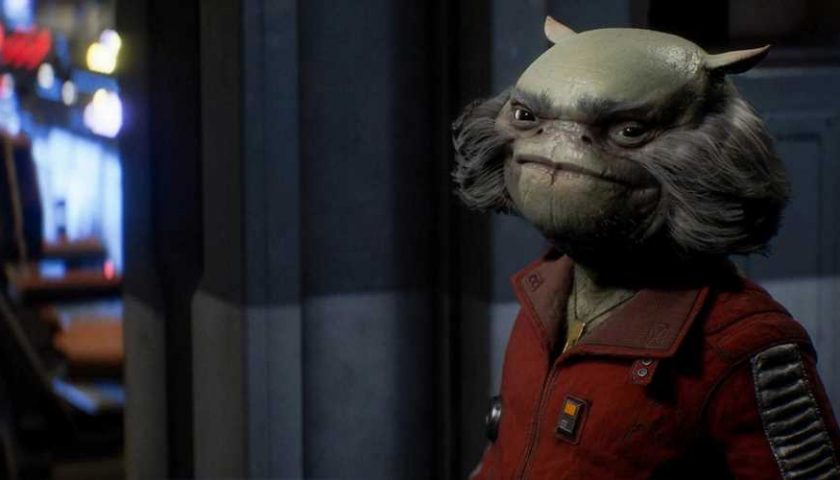 Star Wars Jedi: Survivor finally got its first gameplay trailer and confirmation of its release date at The Game Awards. However, there were some notable omissions from the action in the form of Greez and Merrin. Fans worried about the pair can rest a little easier for now as evidence both will return has turned up in the form of the game's credits.

While it certainly isn't confirmation from EA that Greez and Merrin will be a part of the sequel, many Star Wars fans are now convinced they will be thanks to Jedi: Survivor's IMDb page. Pointed out by MaxNdeepfriedCheese on Reddit (thanks, GamesRadar) both characters with their original voice actors from Fallen Order are listed as returning for Jedi: Survivor.

Even more promising is Greez and Merrin have top billing, aside from Cal Kestis himself. Something that makes a lot of sense as Greez played a big role in the first game, and it appeared Merrin would be a key character moving forward too. Five in-game years have passed for Cal and the others since Fallen Order though, and exactly what has happened in that half a decade is unclear.

Something may well have happened to Greez and Merrin in that time, and one of the many things Cal will be tasked with in Survivor is rescuing the pair if they really are still around. It's noteworthy that while the trailer at The Game Awards didn't include or even mention either of the characters, it did show Cal flying the Mantis, something Greez told the protagonist he was absolutely never allowed to do. Cal breaking that rule suggests Greez isn't around to stop him.

If you want to be certain Greez and Merrin are okay, you may well be made to wait until you play the game yourselves. Launching on March 17, 2023, so not that long to wait. Pre-orders are already live including a collector's edition that will set you back $300 that includes a lightsaber (blade sold separately). Survivor's leaked Steam page also suggested the sequel will require 130GB of storage, so it might be time to start making room.