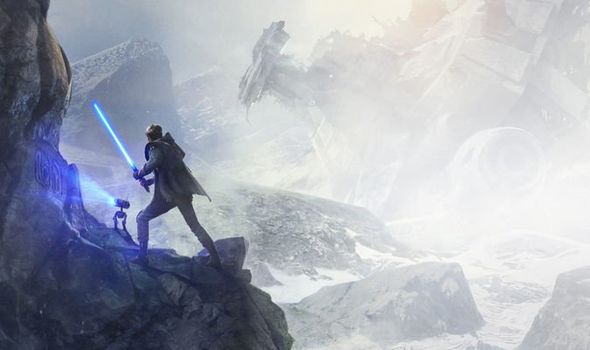 Having had a successful launch and scored some top reviews, Star Wars Jedi Fallen Order is now getting its first updates.

The first of these new Fallen Order patches is being released this week on PS4 and Xbox One, having already appeared on PC.

The difference in schedules between console and PC is probably down to Fallen Order being available to play on EA’s own Origin platform.

This makes it quicker and easier to launch patches, while console changes need to be vetted through a Sony and Microsoft process.

The good news is that this doesn’t usually add too much time onto the process and we could see the new update reach PS4 and Xbox One relatively quickly.

And from what has been shared so far, this first Star Wars Fallen Order update will be focused on technical issues.

This includes removing stuttering issues and reducing the loading times that can occur via an error.

A message from the community support team for the game adds: “Hey everyone, We’re in the process of releasing a PC Patch for Star Wars Jedi: Fallen Order. We have a patch that will follow on Xbox One and PS4, also due out this week.

“We’ve been blown away from all the feedback we’ve received so far, and we’re so happy that you’ve been enjoying Star Wars Jedi: Fallen Order.”

So far, we have no set release schedule for the new patch on consoles but hopefully, more will be revealed in the coming hours.

Here is what we know will be included in the new update coming to Fallen Order on PS4 and Xbox One:

Star Wars Jedi Fallen Order is expected to be a sales success for EA, helping to bounce back from the issues surrounding the launch of Battlefront 2.

The game is known to have debuted in second on the physical sales charts in the UK, behind Pokemon Sword and Shield.

Ahead of launch, the team at Respawn Entertainment thanked fans for their support, explaining: “Five years, give or take.

“During those five years, this game changed a lot. It’s not an understatement to say it’s been a wild ride and one that hasn’t always been easy. Game development rarely is.

“When you’re working on something you’re passionate about, you think about it all the time. You catch yourself zoning out of conversations when new ideas come to mind.

“You wonder if you could go further and do better. You stress and obsess over the smallest details. And it’s the best thing ever to see the hard work of an entire team finally come together and get into the hands of the players.

“Now, multiply that by a factor of 66 and you can understand what it’s like making a Star Wars title. The excitement, the fear, the joy, the stress, the passion, the nervousness, and, most of all, the fans.

“No more blogs. No more trailers. No more interviews. Now, we take a pause and reflect. Now, this journey becomes yours.

“The path of a Jedi is never an easy one—you’re going to struggle at times, you’re going to falter and fail—but this is on you now. Sure, Cal’s journey is one we created, but it’s one you get to experience with fresh eyes.

“We truly thank you for being here with us at the end of our journey and the start of yours.”