While some grunts will go down immediately, others (mainly those with melee weapons) will need to have their posture broken before they are exposed, allowing Cal to deliver a fatal blow. Sure, there’s definitely some similarities here to Sekiro though it’s a lot more forgiving.

This isn’t a mature rated game and even if it was there probably wouldn’t be any gnarly takedowns – no slicing or dicing in a lightsaber storm of heads and limbs.

Disney and Lucasfilm wouldn’t allow it, Brown told us. Hacking off extremities has always been a power move reserved for serious, pivotal moments in the Star Wars cinematic timeline.

There’s a constant line open between Fallen Order’s developers and consultants who advise on the story, art, and sound. There are rules and guidelines to follow, but this isn’t as limiting as it sounds.

It’s a two-way flow and there have been occasions when making the game that Lucasfilm has aided Respawn with helpful ideas, making this a truly authentic chapter in the epic sci-fi saga. 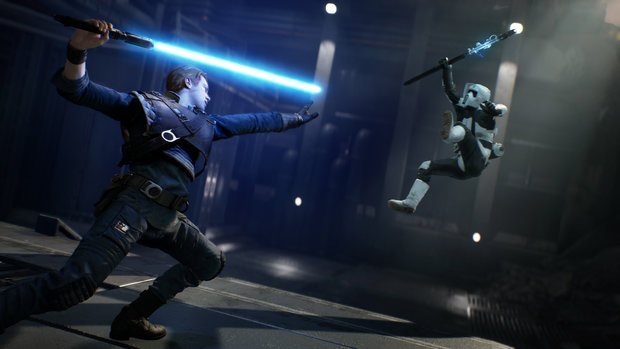 The section we played was from the Kashyyyk level that debuted during this year’s EA Play. Although Fallen Order will have us running into a number of pre-existing characters and exploring familiar planets, Respawn has been allowed to put its own stamp on the Star Wars universe.

There are new, never before seen alien races with 50% of the planets Cal visits all being completely original.

These planets aren’t huge, open worlds. Instead, they feel more like dungeons – linear levels that are peppered with plenty of optional paths and side content. That said, you’ll need to revisit previously explored planets from time to time, using Cal’s growing repertoire of force powers to access places he couldn’t reach before. 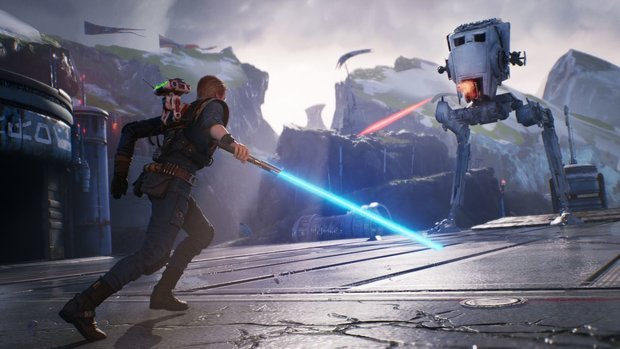 There’s a surprising Metroidvania twang to Star Wars Jedi: Fallen Order though a more accurate game series to compare it to would be Ratchet & Clank. Even after completing those essential story beats, you can always come back and unearth more layers for each location.

For those who had a soft spot for Star Wars: The Force Unleashed, consider this game a total evolution. EA and Respawn had absolutely nothing to do with the edgy 2008 action game or its sequel though that premise – allowing players to live out their Jedi power fantasies – is definitely here.

If you had any doubts about Fallen Order then it’s time to let the past die. This is a game you won’t want to miss and one that’s thankfully not far, far away from launch.