Jon McClaren, Star-Lord's voice actor in Guardians of the Galaxy, has confirmed that Peter Quill is the one leaving the Milano's fridge door open.

When Guardians of the Galaxy released, one of the things that players loved the most about it was its story and characters, and one of the best gags in the game can be found on the Milano. At the start of every chapter, the Milano's fridge door can be seen left open, prompting the player to close it over and over again and to wonder who on the ship was constantly forgetting to close it.

It's never confirmed outright in the game, but some evidence found in Peter's Promise hinted that it was actually Quill leaving it open all along, as his childhood home has a fridge in the basement that is left open like the one on the Milano. Star-Lord's voice actor, Jon McClaren, confirmed to me that it really is Peter Quill that is leaving the fridge door open on the ship, pointing back to the scene in the Promise to back it up. 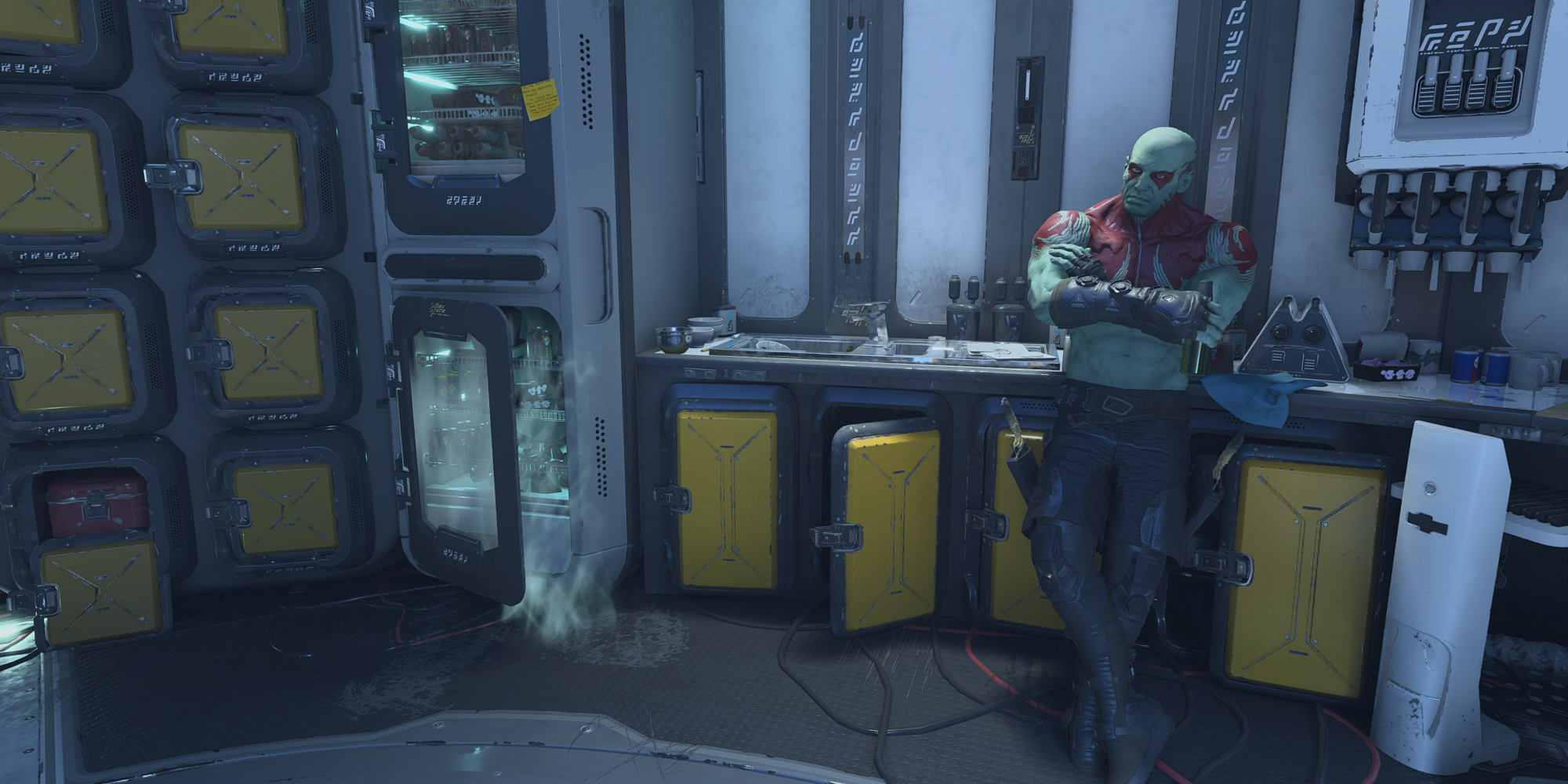 McClaren said, "It was me. If you go into the basement during the Promise, you’ll notice that the fridge door is open. It’s like some kind of PTSD fridge door opening syndrome."

He also went into a little bit more detail on the work that went into the fridge gag, noting a joke that had actually been left out of the full game, "I remember joking on set one day because we were shooting the mocap for just literally pushing the door closed. I remember pushing it, closing it, stepping back from it and then we hadn’t cut yet so I ran back in, looked around and then reopened the fridge. It didn’t make it into the game, I don’t think."

Senior narrative designer Mary DeMarle also commented on the fridge door, revealing that it was included to show that the Milano was run down, and that it then spiralled into an in-joke that the whole team wanted some kind of influence on.