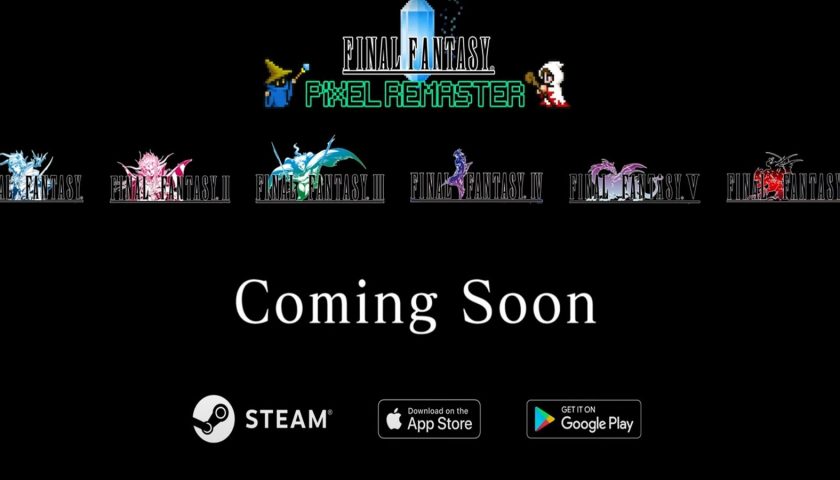 You’ll finally have a way to play all of the older Final Fantasy titles in one collection, as Square Enix just revealed it’s bringing Final Fantasy 1-6 together for the first time as Final Fantasy Pixel Remaster. The collection launches remastered series launches on PC and mobile “soon”.

Prior to today’s announcement, Final Fantasy’s older titles have been relegated to messy releases across multiple platforms. It’s a bit of a pain trying to figure out which version is the best, where you can play it, how you should play – and not to mention pricey if you want to collect them all. This bundle marks the first time Square Enix has neatly packaged them together, outside of a few sales on platform holders where you could grab a few at a time.

Final Fantasy Pixel Remaster gathers releases 1-6 in a new package, and the Mana series will receive a similar treatment. No word just yet on what versions of this game the collection will entail, or if it will include some of the more controversial versions of these ports.

Square Enix has a busy year ahead of it, even outside of its series of E3 announcements. Its hit MMO, Final Fantasy 14, will launch its next expansion in the form of version 6.0, Endwalker, this November. The expansion promises to be its biggest yet, as the dev team works to add new races, big story beats, two classes, beast tribes, raids, and more.