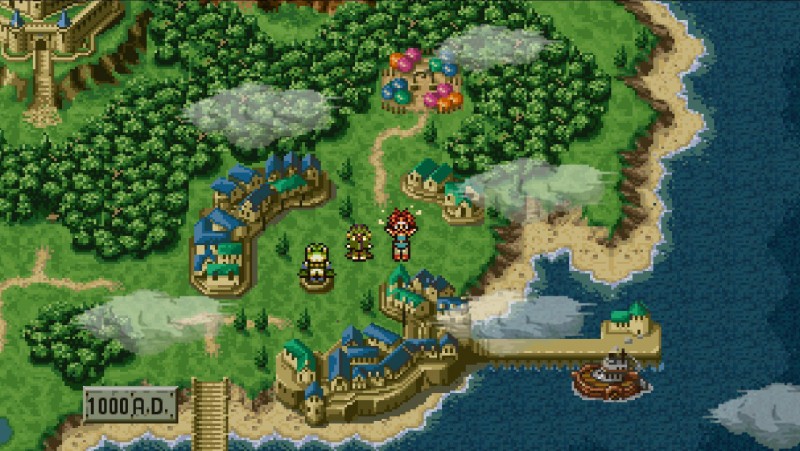 Square Enix has been around for decades creating one monstrous library of games. This makes us wonder if there any plans to make all these games readily available digitally, whether it’s in some sort of subscription service or elsewhere. President and CEO Yosuke Matsuda confirmed he’s heard the demand for the library to be available completely digitally.

“We’re working on that in a variety of ways,” Matsuda said. “That is a request that we hear often. As far as our major titles go, most of those, we still have variations out that you can play now. The more classic titles that you might have played on NES, we are still working hard to make it so you can play those. We actually have launched a dedicated project internally to port those, so we are working to make them available on a variety of platforms. Certainly down the road, we would like to see that on a subscription or streaming service, so we’re exploring the possibility of creating a dedicated channel for ourselves.”

Matsuda noted that a variety of other publishers are doing similar things, using Bethesda’s announcement of its streaming service as an example. “I think everyone is going in that direction, so we do want to be proactive in considering those options. We still don’t know if it would be a subscription service or an exclusive downloading service or what form it might take, but we do want to leverage our catalog.”

However, there’s been one major bump in the road in getting the complete catalog together, especially from games in Square’s early days. “I’m embarrassed to admit it, but in some cases, we don’t know where the code is anymore. It’s very hard to find them sometimes, because back in the day you just made them and put them out there and you were done – you didn’t think of how you were going to sell them down the road. Sometimes customers ask, ‘Why haven’t you released that [game] yet?’ And the truth of the matter is it’s because we don’t know where it has gone.”

Matsuda wouldn’t say specifically which titles have gone missing but did share the great lengths they can travel. In one case, a developer who had left the company had the code on his PC. Thankfully, it was able to be dug up and successfully revived.

Time will tell what the future holds for Square Enix preserving its library and making it easily accessible to consumers, but it’s good to know that the company is actively working on these problems.