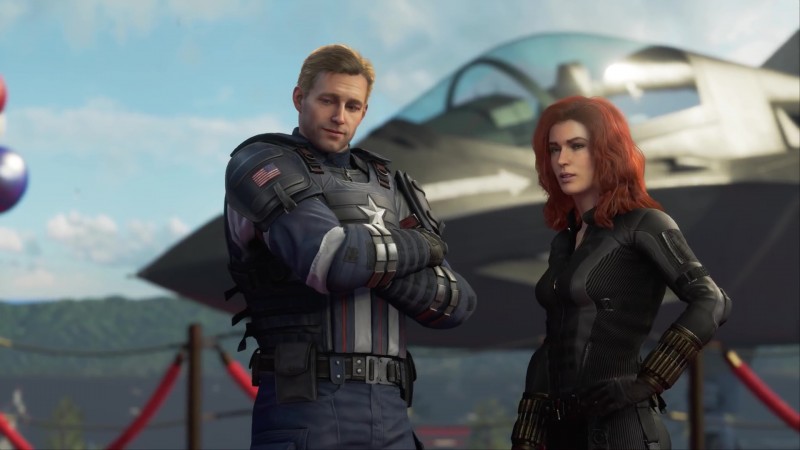 We’ve known for some time that Square Enix and Crystal Dynamics had teamed up with Marvel to bring us a new Avengers game, but it has been kept tightly under wraps. Tonight, we got our first real glimpse of the title at the Square Enix press conference, and the Marvel heroes came out swinging.

Marvel Avengers is an online-enabled action/adventure game with a focus on cinematic storytelling, built to be played by up to four players online at the same time. While the main characters at launch (Captain America, Hulk, Thor, Black Widow, and Iron Man) should be familiar to anyone who hasn’t been hiding under a rock in the last few years, it’s notable that Crystal Dynamics is crafting their own takes on these characters and their world, so they won’t be part of the same storytelling continuum as those in the comics or movies.

The story begins with the Avengers in a celebratory mood, opening their west coast headquarters near San Francisco from onboard their custom helicarrier, which is powered by a form of terrigen energy (perhaps hinting at some involvement of the Inhumans in this story?). In what appears to be a disastrous heist gone wrong, the helicarrier goes down, large swaths of the city are badly damaged or destroyed, and Captain America is taken out of action, though it’s not entirely clear whether he actually dies or if something else happens to him.

The story cuts to five years later after the now-infamous “A-Day” and disbanding of the Avengers, when the team must reassemble to face a grave new threat.

The game has some well-known voice talent connected to it. Nolan North is playing Tony Stark, Troy Baker is taking on the role of Bruce Banner, Laura Bailey is donning the Black Widow role, Travis Willingham is lending his voice to Thor, and Jeff Schine is performing as Captain America.

While we got some screenshots that suggest third-person action, the presentation at the Square Enix press conference fell short of offering any substantive looks at the game in action. We did get one extra character tease near the end of the presentation, with the appearance of Hank Pym using his Pym particles to shrink a massive tank walker into a miniaturized version of itself.

Crystal Dynamics was also quick to point out that Avengers is planned as a game that will grow over time with new regions and characters, all of which will come free to those who have the game. In addition, the team promised no loot boxes or pay-to-win purchases connected to the project.

Check out the trailer for more.