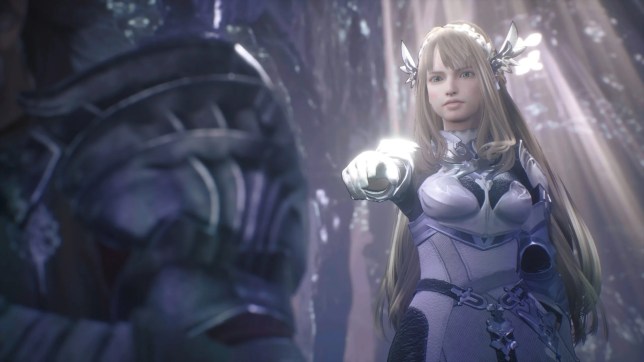 The latest State of Play has revealed a new Vakyrie Profile and another Final Fantasy Tactics homage, amongst other new Japanese releases.

The biggest reveal during Wednesday night’s PlayStation State of Play event was Capcom’s campy new dinosaur game Exoprimal but there was also a couple of new Square Enix games that show the publisher is still more than happy to engage with its beloved back catalogue.

The first was a peculiarly named isometric strategy role-player similar to Final Fantasy Tactics. No, not Triangle Strategy but The DioField Chronicle.

According to a more detailed description on the PlayStation Blog it features a new Real-Time Tactical Battle (RTTB) system, although looking at the trailer it only seems to be partially real-time, as there still appear to be turn-based elements like the original Final Fantasy Tactics.

Like most State of Play games, it was cross-gen and multiformat, so it’ll be on Xbox, PlayStation, PC, and even Nintendo Switch, and is due out sometime later this year.

Valkyrie Elysium is a new entry in the Valkyrie Profile series of action role-playing games, that has not seen a new sequel since Covenant Of The Plume on the Nintendo DS in 2008.

Set just before the onset of Ragnarök (Elysium is an Ancient Greek concept of the afterlife, so we’re not sure what’s going on with the name), you once again play as a Valkyrie who’s sent to Midgard (surely everyone understands the terminology of Norse mythology by now, given the gazillion games and movies based on it) by Odin.

Again, there’s a little more detail on the PlayStation Blog, confirming that, as usual, you’ll be able to recruit and summon Einherjar to fight by your side, although the gameplay this time looks a bit like a faster paced Dark Souls.

The graphics don’t seem terribly impressive (the black outline around characters is already quite off-putting) but the best thing about these announcements is it shows Square Enix is still willing to make and promote medium-sized projects like this.

A new Valkyrie Profile would never justify a bigger budget and that’s why it’s been so long since there was a new one, so it’s nice to see that, as far as Square Enix is concerned, not everything has to be a mega budget game that tries to appeal to everyone.

Unlike most of the other games Valkyrie Elysium is a PlayStation 4 and 5 console exclusive, with the only other format being PC. It will also be out later this year.

The theme of this State of Play was Japanese made games, and also featured brief looks at Ghostwire: Tokyo, Stranger of Paradise: Final Fantasy Origin, Trek To Yomi, and the recently delayed Forspoken.

There were other brand new announcements though, including anime tie-ins Gundam Evolution and JoJo’s Bizarre Adventure: All Star Battle R, and a compilation of Teenage Mutant Ninja Turtle games that includes the original arcade game, follow-up Turtles In Time, and one-on-one fighter Tournament Fighters.

There’s also kaiju-themed fighting game GigBash, which is reminiscent of old SNK game King Of The Monsters and looks like it could be a lot of fun.