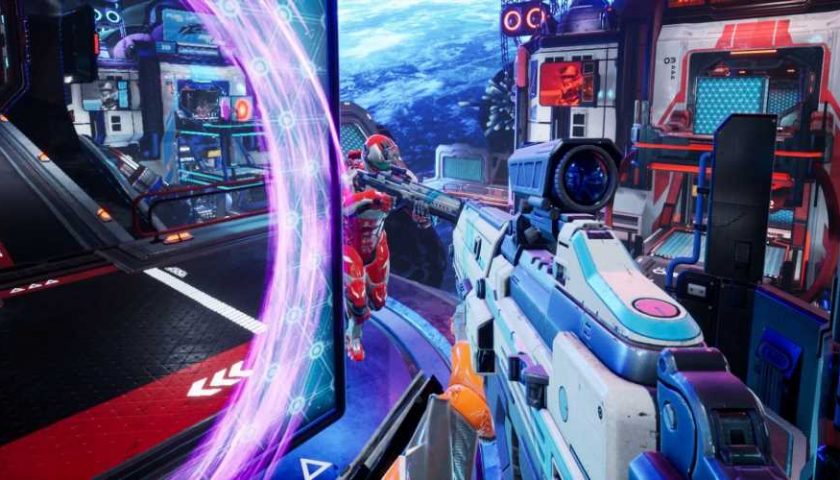 Splitgate was one of those massive success stories that sprung out of the pandemic. A plucky indie team of college friends formed 1047 Games and created their dream shooter, combining the fast-paced fighting of Halo and the ludicrous teleportation physics of Portal. And it worked, with over 15 million downloads of the free-to-play game by the end of 2021.

Now, 1047 says that it’s ending Splitgate development to focus on an entirely new game. It’ll be set in the same universe, will still involve portals, and will be "revolutionary," rather than "evolutionary." It’ll also remain free-to-play for all.

"After careful consideration and much deliberation the 1047 Games team has determined that in order to build the game fans deserve–and to build it in a way that isn't trying to retrofit and live operate an existing product–we are ending future development of Splitgate," wrote the developer in today’s statement.

"Splitgate achieved a level of success that we could not have anticipated and that few indie games are fortunate to reach. That initial success brought an opportunity to turn what started as a college dorm dream project into a triple-A game that could state toe-to-toe with shooters from the biggest publishers in the industry. But this also meant that as we've brought on top-tier talent from across the industry, we've spent a lot of our time trying to rework old content and systems that were originally built by a handful of people."

Splitgate’s rise was nothing short of meteoric, this success came with its own set of issues. Splitgate’s beta was greatly extended thanks to the flood of players crushing its servers into dust. But that success led to an influx of capital that led to further expansion of 1047–so much so that 1047 decided it would be easier to simply have all these new employees start working on a brand-new game than to continue developing Splitgate.

1047 will roll out a new battle pass for Splitgate on September 15 as a thank you to everyone who played, and it'll be entirely free. As for the new game, "it will be a shooter, it will have portals, and will be built in Unreal Engine 5. Oh, and it will be free."