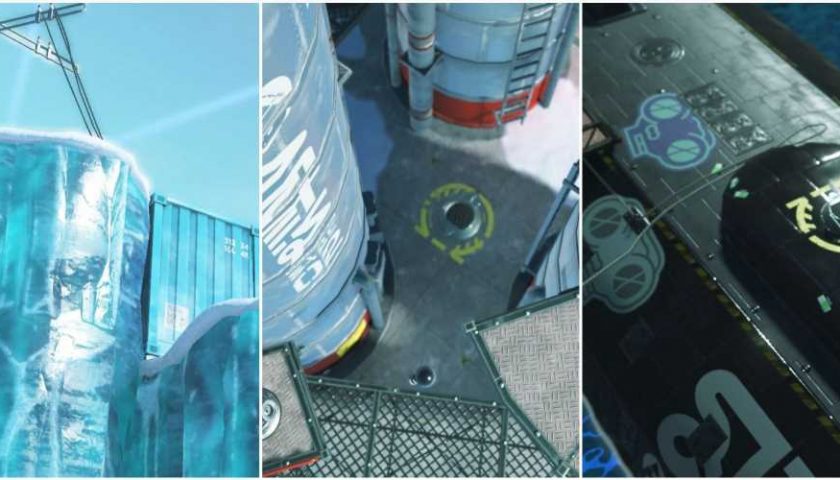 In Splatoon 3's Hero Mode campaign, following a brief fake-out in Splatsville's Crater, it is revealed that there is a gigantic domed city located underground. This city is named Alterna, and it's the staging ground for a planet-threatening scheme that can only be stopped by Agent 3 and the Current Squidbeak Splatoon. Putting that whole adventure aside for a moment, though, just what exactly is Alterna?

It's made clear that nobody living on the surface knows of Alterna's existence, while Alterna itself is borderline abandoned, save for the minions of the malicious force perpetrating the aforementioned planet-threatening scheme. So where did this mysterious domed city come from? Let's take a trip back in time to discern the origin of Alterna, and perhaps learn some major truths about Splatoon's setting in the process.

Please be advised that we'll be getting into some spoilers for Splatoon 3's Hero Mode.

Fall Of Humanity, Rise Of Alterna 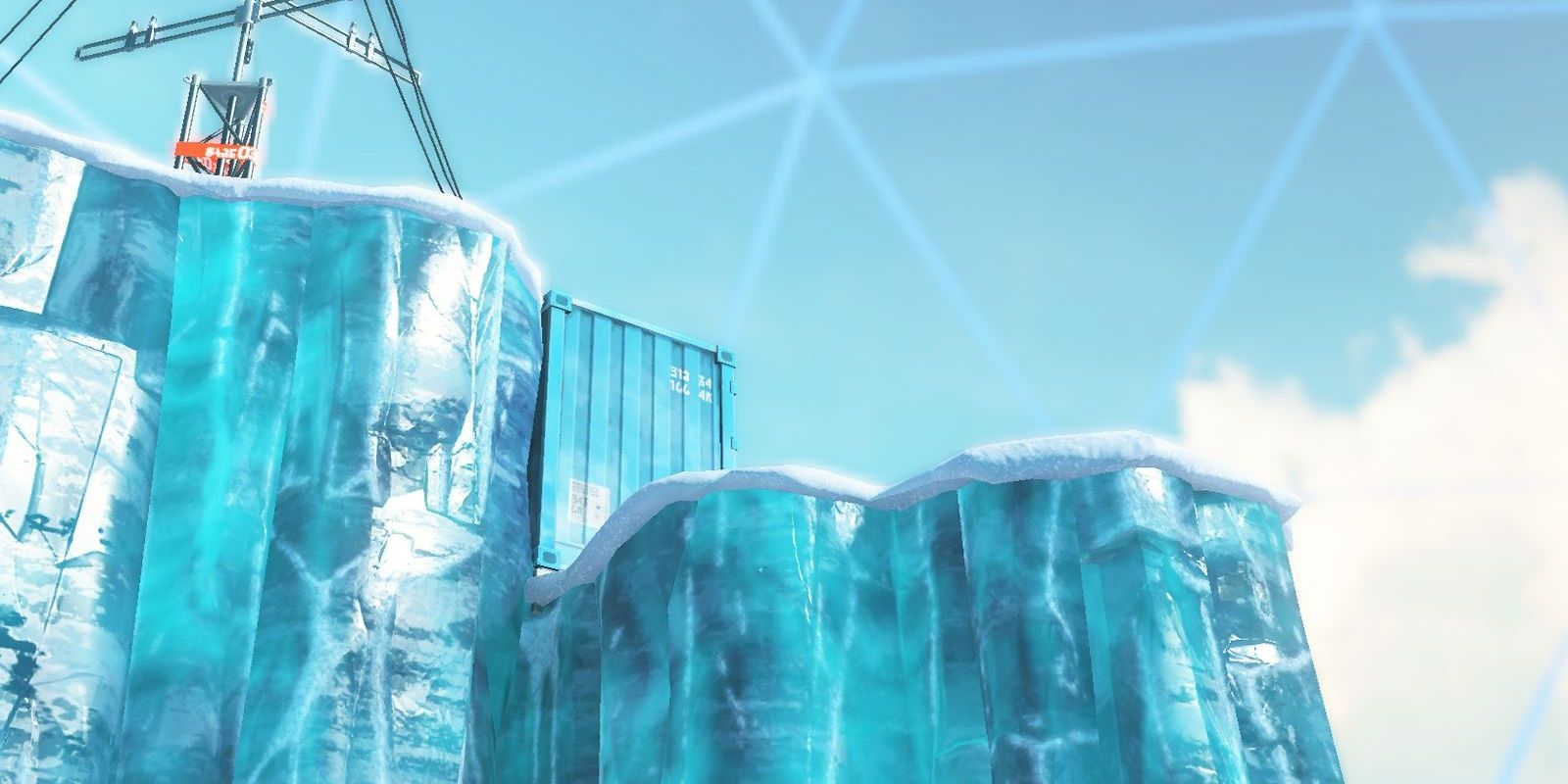 In a time long, long before the age of Inklings, Octarians, and the myriad of marine-turned-terran life forms that fill the world of Splatoon, there was an odd little race of beings known as humanity. These bipedal mammals covered the entire world, building their own civilizations, living their lives, and perhaps most importantly, innovating in the world of science. Sadly, that endless thirst for progress resulted in conflict, which eroded the planet's stability. At the peak of humanity's accomplishment, the Earth itself bore its fangs, striking down civilization with terrifying natural disasters. Volcanoes erupted, seas swallowed cities, and humanity began dying off at an unprecedented rate.

However, all was not lost. By chance, a small coalition of people discovered an enormous cavern system, a byproduct of volcanic activity. This cavern not only provided shelter from the floods and fires of the outside world, but it contained a massive slab of untouched ocean where various forms of sea life had propagated. With the power of their advanced science, this newborn society transformed this primitive cavern into a hyper-advanced dome to call their home. This new home was dubbed "Alterna."

A Period Of Prosperity 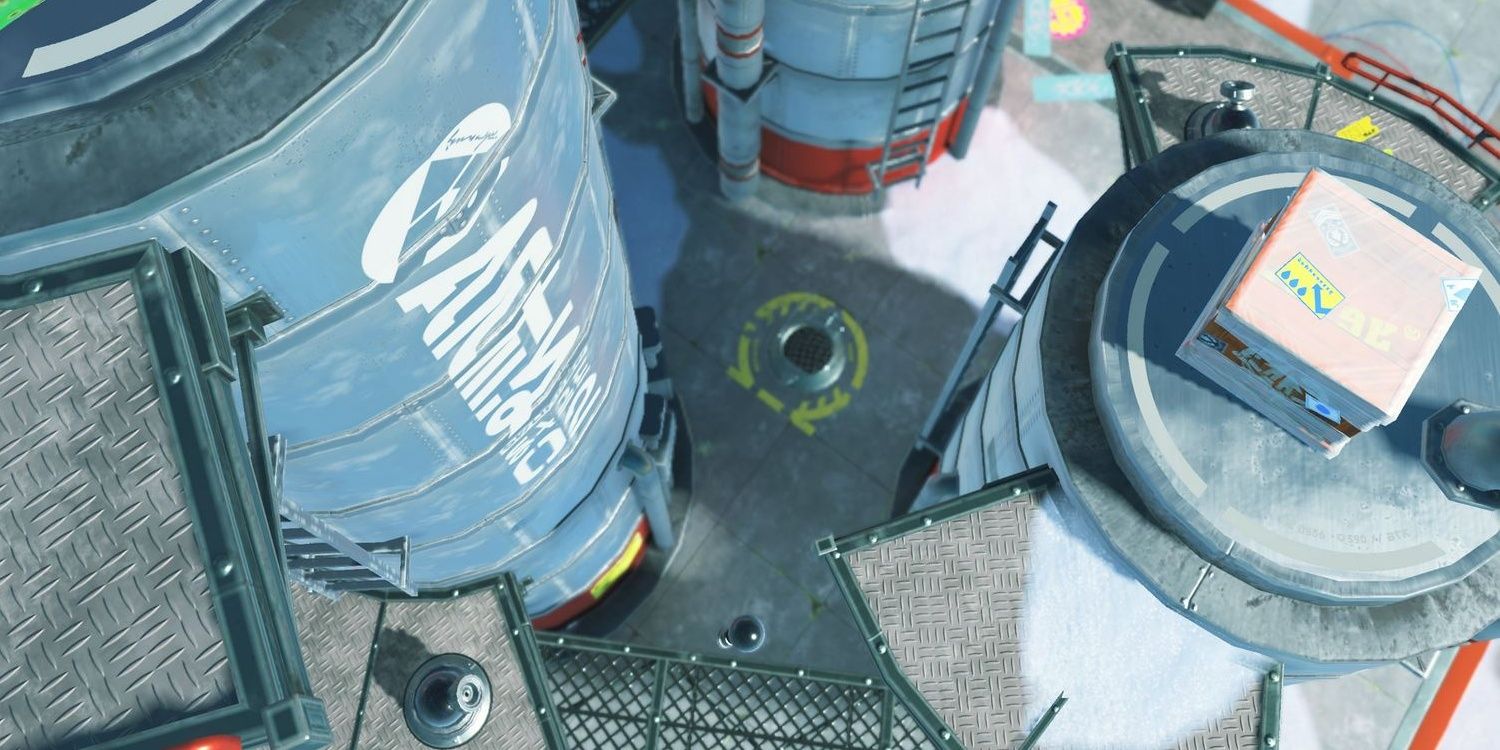 At the start of their new society, the Alternans elected the scientifically-minded as their leaders. It was their hope that a combination of intelligence and wisdom, as well as the experience to know where to draw the metaphorical line, would help them preserve their new home. Sure enough, this proved to be the right choice. With an understanding of numerous sciences, backed by the technological power of devices like giant 3D printers, the leaders were able to fabricate an entire city within the dome, even filling it with scaled-down versions of famous landmarks like the Moai Heads of Easter Island.

Perhaps the most important discovery in Alterna's history was that of the liquid crystals. By chance, a researcher discovered that, by processing the bodily fluids of the cavern's squid population, they could create a new kind of liquid crystal that reacted to minute electrical impulses. Not only could these crystals be used to power and develop various new kinds of electrical equipment, but they could even read and project ambient thoughts. This is what prompted the Alternans to line the inner surface of their dome with them. When powered by their memories, the crystals displayed something they had missed dearly: the clear, blue sky. 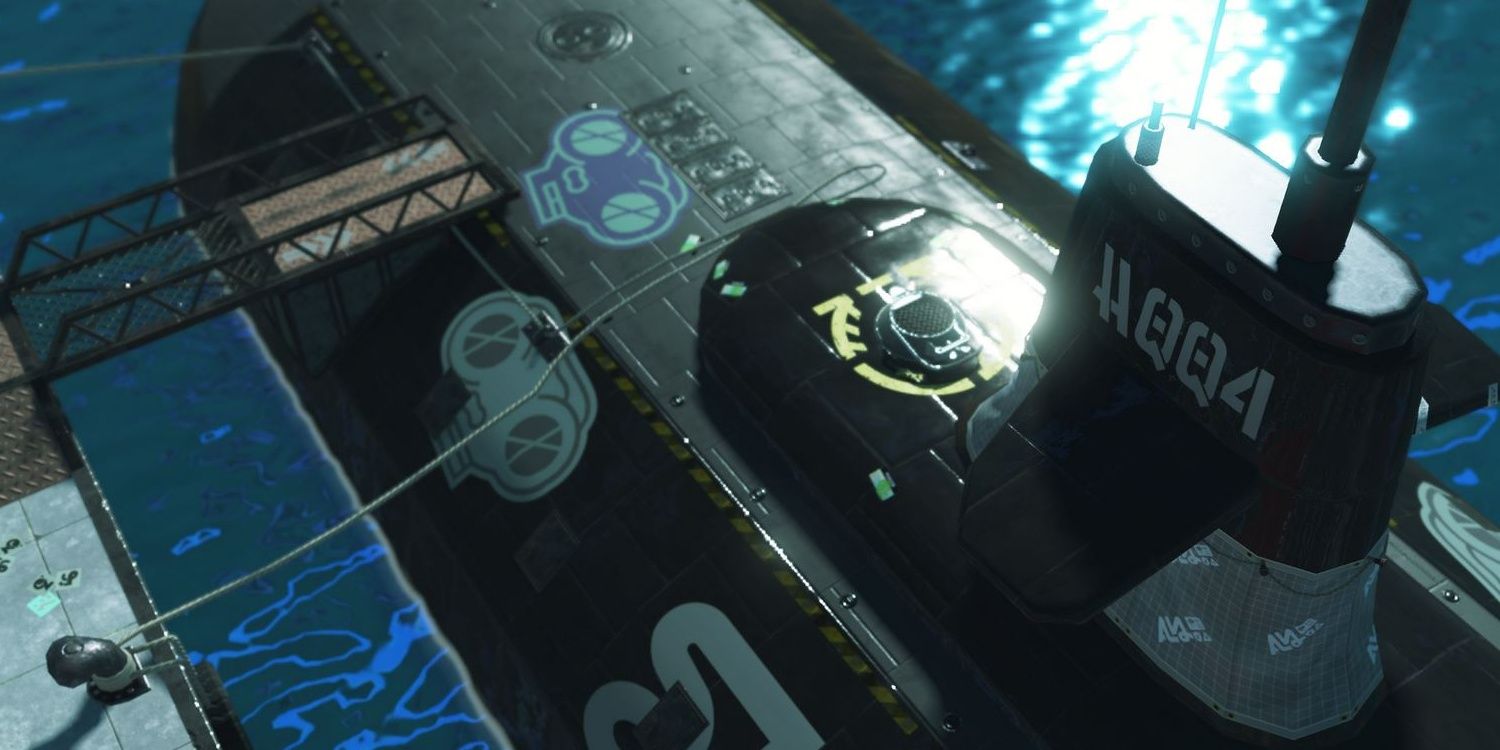 Time passed, and new generations were born. Alterna had entered into a state of true prosperity and self-sufficiency. The residents wanted for very little, practically speaking, allowing them to safely raise families and broaden their society further. As new children were born, they were raised on the stories of the outside world; true blue skies, lush forests, soft breezes, and the infinite cosmos beyond them. Alongside these stories, they were imparted with scientific knowledge rivaling that of the original founders. Several generations later, with the founders in their twilight years, the native Alternans took the reins of their society.

However, something occurred that the founders had not anticipated: the new leaders wanted out. Bright-eyed with the stories of the outside world, the new researchers orchestrated a daring plan to construct a rocket ship that would ferry them out of Alterna and back to the surface they had never known. The founders tried to warn them that the surface was long-gone, destroyed by their own hubris, but the leaders wouldn't listen, proceeding with the construction of the rocket.

Sadly, history repeats itself. When the young researchers ignited the boosters on their rocket for its first launch test, an unforeseen chain reaction sparked off the dome's liquid crystal coating, causing a massive tremor. Large chunks of the dome collapsed, crushing the majority of Alterna and its citizens beneath. Though a handful of humans did survive this cataclysm, the life support systems had been damaged beyond repair, leaving their lives to slowly wink out. By their own hand, humanity had been definitively wiped from the face of the Earth. 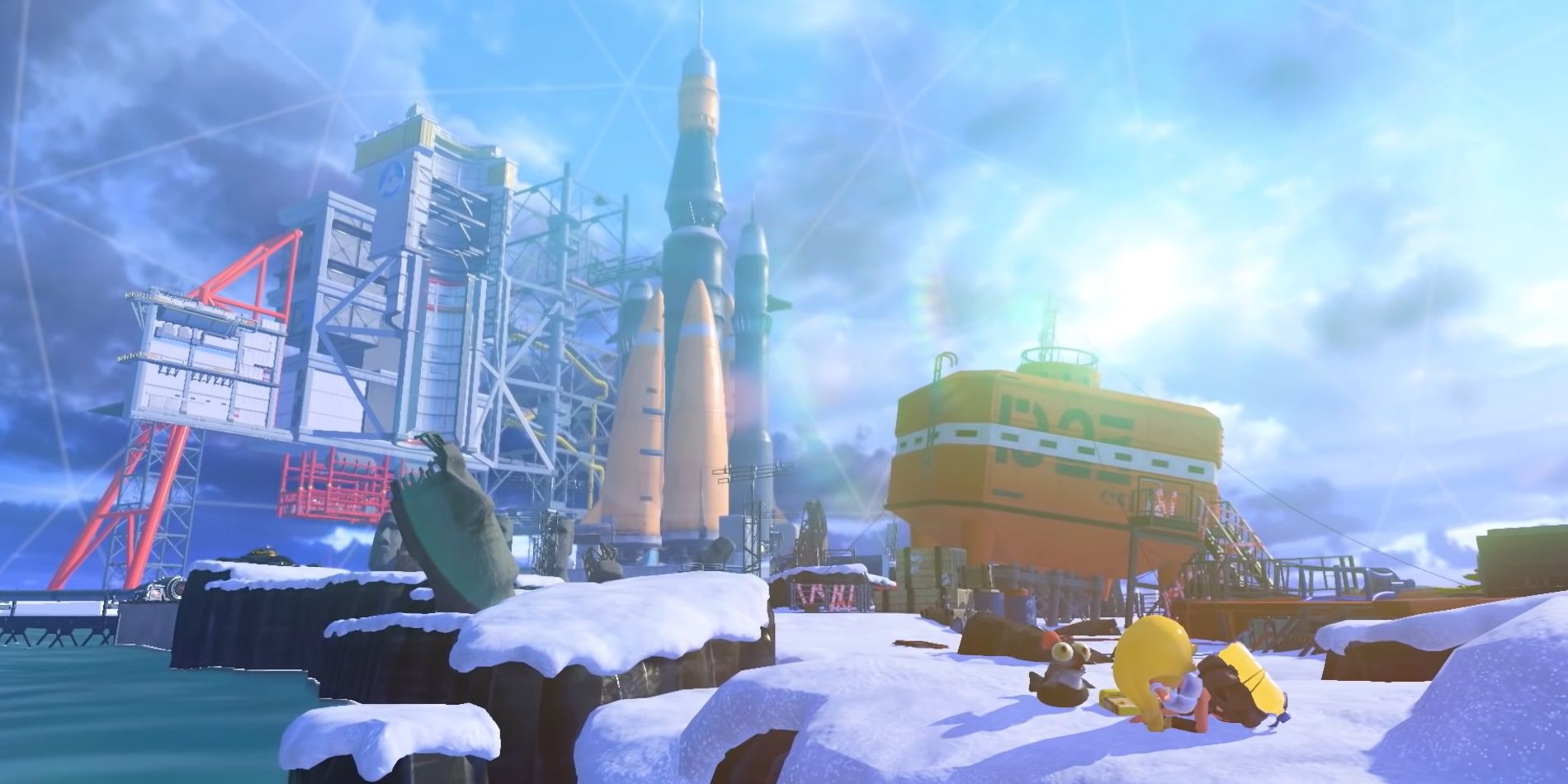 While humanity itself was destroyed, though, their wish for the future lived on. As the pieces of the dome collapsed into the cavern's micro-ocean, the liquid crystals began to proliferate through its waters, breaking down into microscopic particles and entering into the bodies of marine life. These crystals had spent so many years absorbing and broadcasting humanity's collective emotions and memory, that they still managed to retain an echo of those feelings. That echo was passed on to the marine life that absorbed the crystals.

Many years of evolution later yielded the primordial Inklings, Octarians, and ambulatory marine life. The creatures acted on humanity's dying wish to return to their homeland and slowly re-established civilization in their image. More time passed, the Great Turf War came and went, and now marine society has reached a level of industry and civilization that humanity once did. As for Alterna, its remains sat abandoned for equally many years until someone managed to restore some of its systems and infrastructure, utilizing its remaining resources to perpetrate that aforementioned planet-threatening scheme.

Since its beginning, Splatoon has been a series of hidden depths. What seems like a colorful world of fun sports on the surface hides an unprecedented tragedy that shook the entire world and everything on it. Perhaps, though, some solace can be taken in the fact that Inkling society carries on humanity's ways, particularly its fondness for fresh fashion choices.