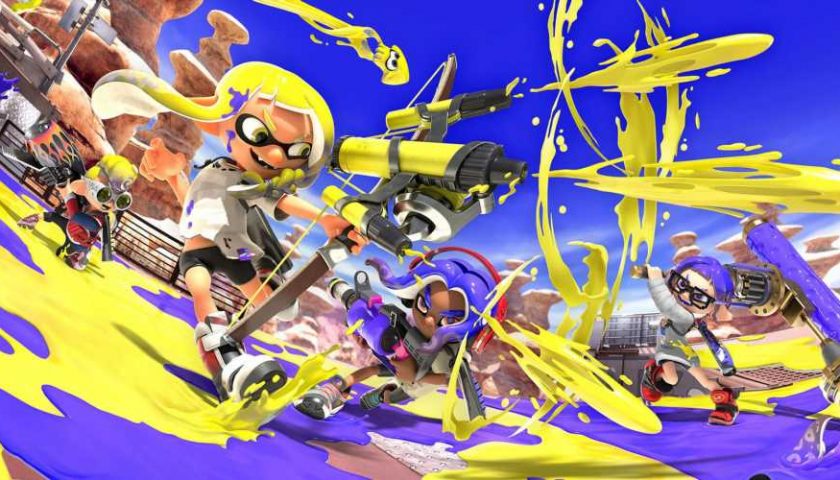 Over the past few days, Japanese VTubers streaming Splatoon 3 played a very dangerous game with Nintendo by green screening adult content onto their opponents ink. The goal was to ensure that they cover up the adult content with enough of their own team's ink, essentially making each game of Splatoon 3 a chaotic fight to try and ensure they don't receive a ban.

As you might expect, Nintendo isn't particularly impressed with this new game within its game and has warned its players that it has the right to remove any videos that "significantly damage the value of the game." In a new post on the Japanese Nintendo Twitter account, the company has issued a boilerplate statement regarding copyright law on streaming services such as YouTube, although it can't really be viewed as anything other than a reaction to the Splatoon VTuber drama over the past couple of days.

"Use that violates public order and morals, acts that intentionally mislead the rules of the game, acts that significantly damage the value of the game or characters and the world, and acts that encourage or take advantage of them will be deleted or legally enforced," reads Nintendo's statement. "We may take measures including measures. Please be careful." It's worth noting that this has been run through Twitter's translation system, so it may not be 100 percent accurate. You get the gist though, raunchy Splatoon streams bad.

In less adult Splatoon news, players should gear up for another big fight as Nintendo recently announced the topic of the next Splatfest that will take place next month on November 11. It's a Pokemon crossover this time as well, as Splatoon will ask players which Starter type is the best – Fire, Water, or Grass. If you pick anything other than Fire, just know me and you are mortal enemies.