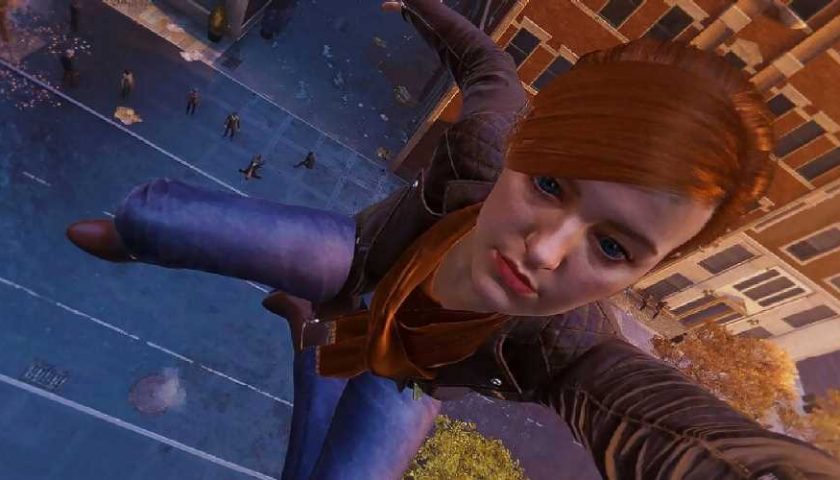 If there's one certainty when it comes to PC, it's that your game will get modded. Nothing is safe: Resident Evil, Dark Souls, Skyrim, even emulations of Pokemon. So when Spider-Man made its way to PC, it was only a matter of time.

There are no masks and no suits – MJ and Kingpin rock through the city in their civvy clothes. But Black Cat has her signature outfit. Regardless of the fashion statement you make, you can now take on the Sinister Six in a what-if? world where Spidey was too busy playing Gwent in his tenth Witcher 3 playthrough. Thankfully, MJ was about to pick up the slack, and Kingpin decided to turn a new leaf. If these three aren't enough, the modding community didn't stop there. You can't play as Aunt May just yet – give it time – and you can't swing through New York City as the dearly departed Uncle Ben's gravestone, but you can take to the streets as Peter Parker in his lab coat. Secret identity be damned.

The mod does what it says on the tin. You can swap out the Spidey suit for civvy Parker, fighting crime in jeans and trainers like a juiced-up Doctor Who. It's a little silly, but then again, you can play as literal cartoons in Marvel's Spider-Man, so it's hardly the most out-there skin of the lot, even if it is a mod.

Over the weekend, Spider-Man's first-ever mod dropped and it was an expected one, although welcome all the same. Jedijosh920 added the Symbiote suit, giving us a glimpse into what Spider-Man 2 might look like if we truly do get that alien black goo all over our red and blue spandex.