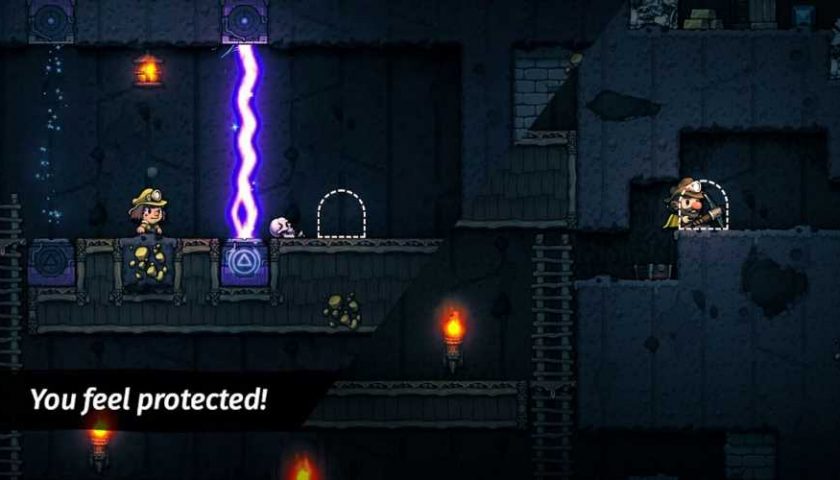 The goal of a sequel should be to maintain what worked in the previous title while building something new on top of it. Though Spelunky still provides a tremendous challenge, Spelunky 2 does the same while adding other elements to make things trickier and more interesting.

In addition to more enemies, traps, items, and areas to visit, one of the more intriguing mechanics is the Moon Challenge. Much like the Shops and Game Rooms that can spawn in random locations during runs, the Moon Challenge can be seen as an optional activity to do as you’re playing through the game.

What Is The Moon Challenge? 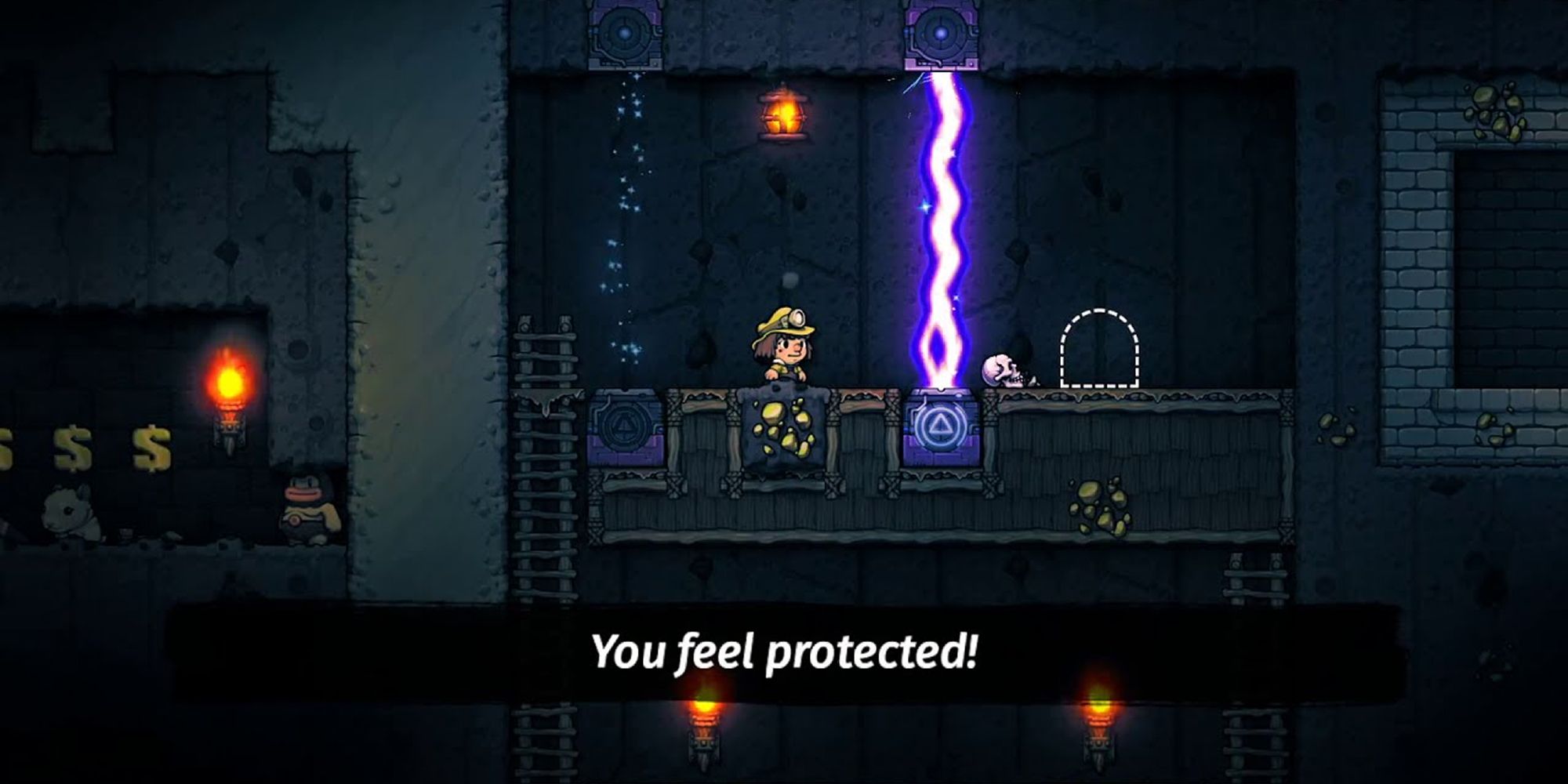 Aside from attempting to find all the areas that Spelunky 2 has to offer, there isn’t much in the form of side-quests. However, a new NPC has been introduced to the game in order to change that. The character in question is known as Tun, who appears as a mysterious woman wearing a blue hood, robes, and a crest on her forehead. Not much is known about her, but she’s able to appear in various areas during runs.

Of the services she provides, she is both a merchant of uncommon goods and the operator of the Moon Challenge. You should note that you’ll only be able to take this challenge in either the Jungle or Volcana areas. She’ll always be positioned in one of the corners of the level she spawns. Approach her, and she’ll let you take the Moon Challenge for the somewhat high price of $10,000.

If you decide to take it, you’ll be able to enter a dark area where you’ll receive a Mattock for digging and a Clover to raise your luck. The goal is to make your way through the area and dig to get as much treasure as possible. The challenge will end as soon as the Mattock breaks, and you’ll have to leave with whatever you were able to collect.

How To Beat The Moon Challenge 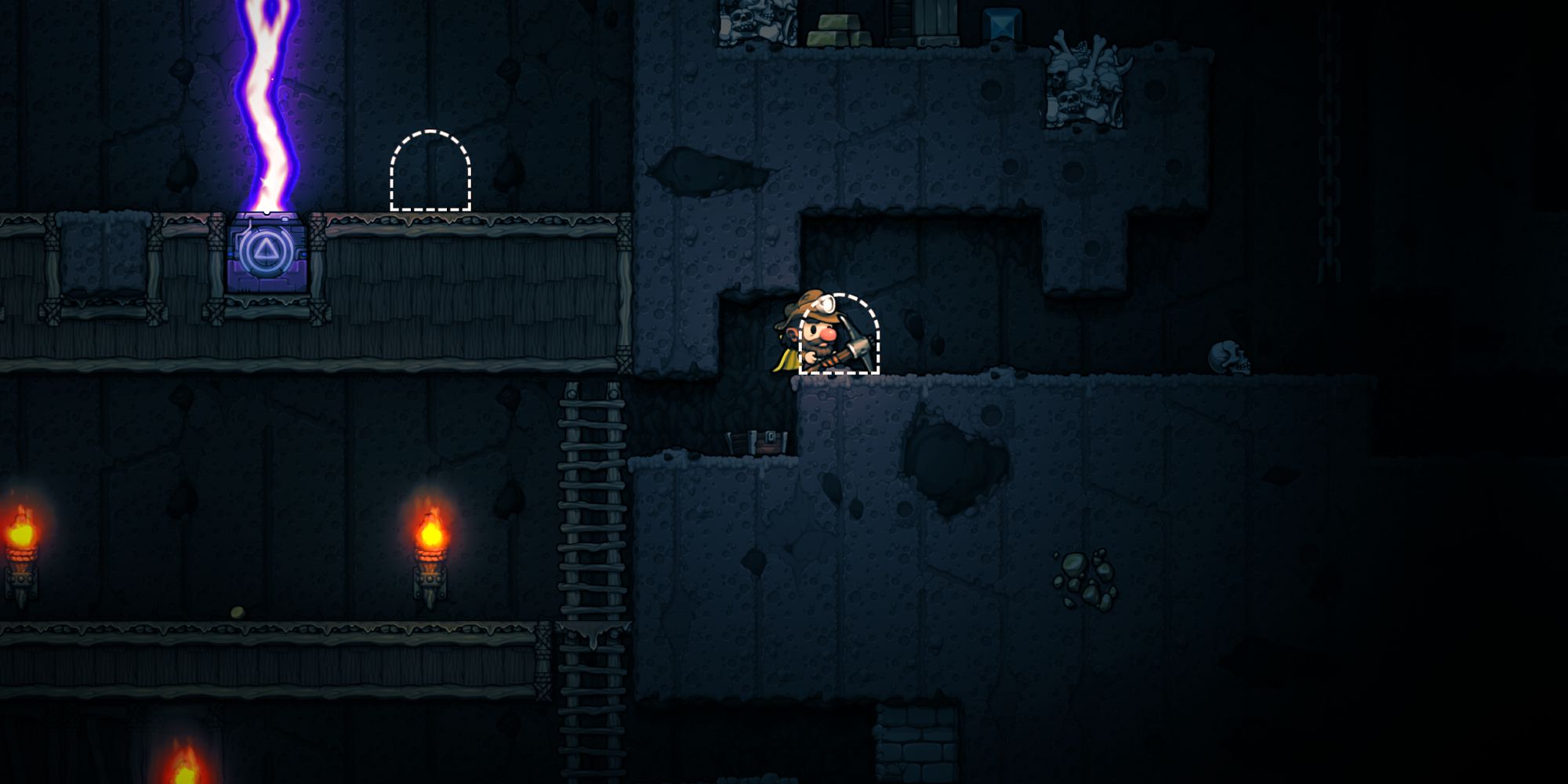 It can be difficult to take advantage of this challenge if you’re not prepared and $10,000 is a lot to lose on a subpar loot fest. Luckily, there are ways to make the most of this challenge.

Keep in mind that you won’t be able to access the Black Market if the Moon Challenge is present and that destroying any part of the starting area will anger Tun.