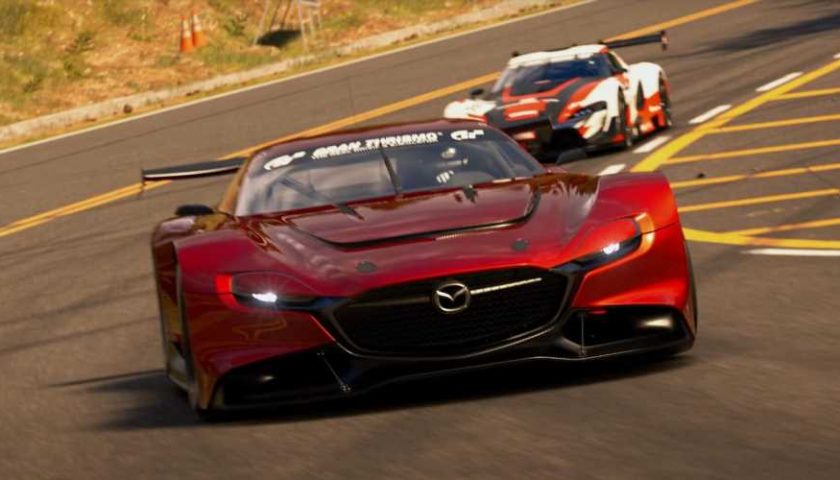 Sony AI and Polyphonic have unveiled their AI creation. Called Gran Turismo Sophy, this driving AI is the first major product to come from Sony's AI development department and will be integrated into future Gran Turismo games, although maybe not Gran Turismo 7.

Sony AI's blog update on Sophy revealed the challenges of making a driving AI that could compete against Gran Turismo's best drivers. First, the AI had to figure out Gran Turismo's physics engine, which was no easy feat. Gran Turismo calls itself the most realistic driving simulator in the world, which means that its physics engine is as close to real-life as technology can get.

After that, the AI had to learn how to race against other players. This meant learning real-world driving tactics like drafting, driving up against walls, and how to overtake an opponent fairly. "That turns racing into a complex back and forth between opponents including defend and pretend behaviors as well as pushing the limits on the racing lines, braking and acceleration points."

Teaching Sophy everything from racing etiquette to the best racing lines involved more than just a team of programmers and a few human racers. It involved gathering anonymous data from Sony’s vast PlayStation network, using real races from real humans in real Gran Turismo games. With that information, Sophy then iterated on a thousand PS4s to become the perfect AI opponent.

Gran Turismo Sophy’s final test was against Emily Jones, FIA Gran Turismo Championships 2020 World Finalist, and one of the best Gran Turismo drivers in the world. In their head-to-head challenge, Sophy was so good that she even taught Emily a few things about racing.

"It is very fast. Way faster than I was expecting,” said Emily. "The way that it drove was completely different to the way that I drove certain corners."

Sony didn’t say when or where Sophy will be implemented, so she may or may not appear as an opponent in Gran Turismo 7 next month. And even if she does, you might not want to face off against her; she’s apparently a tough customer.