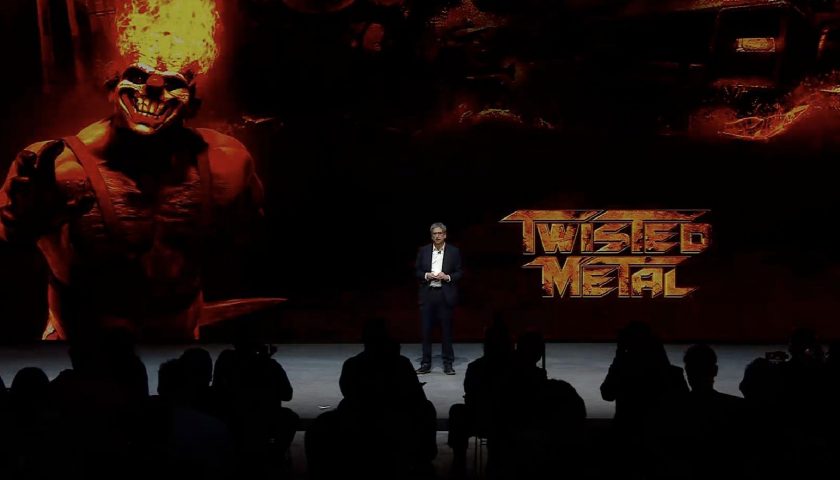 Sony announced some big news last night during its CES 2022 keynote including PSVR 2 and a new Horizon game for VR, but what slipped through the cracks was an upcoming TV show reviving the cult classic game series Twisted Metal.

There have been rumours around a TV show dating back as far as May 2019, with some even claiming that a game will launch to tie in. The game is still up in the air while plenty hope the rumours are true, but the TV show has been outright confirmed by Sony.

If you don't know, Twisted Metal is a demolition derby game with guns, nuclear weapons, and other outlandish artillery. There's a campaign but you can simply pick an arena and a vehicle and get stuck in fighting other opponents. It was a hit during the PS1 era with the first two games launching in 1995 and '96 respectively, while there were two followups in '98 and '99. The series was rebranded for the PS2 with Twisted Metal: Black, followed by a PSP game called Head-On. But then it stagnated with 'Twisted Metal' in 2012, two console generations ago.

Not much is known about the show but it follows in the wake of a failed film adaptation. Ghost Rider: Spirit of Vengeance co-director Brian Taylor was set to helm this adaptation but, after five years of development, Sony realized the budget would be far too expensive to justify. Not much is known about the show or how it will handle these past issues, but Sony's approach has radically changed since 2012. Now we have an Uncharted movie and The Last of Us show in the works – Twisted Metal will fit right in.

It's likely that the show will take from the original '95 story which is fairly simple in concept – there's a tournament, aptly called Twisted Metal, run by a man called Calypso, and it's celebrating its tenth anniversary, held on Christmas Eve. Participants in the tournament range from a murderous clown called Sweet Tooth to the Grim Reaper. There's a lot to work with, there.

The rumours of a game tie-in have been circulating as long as the rumours of a show being in the works, and if that pans out, we could see a new Twisted Metal from the developer behind Destruction All-Stars. Exciting? Or is it more cautious optimism? Whatever the case, Twisted Metal fans have something to look forward to.