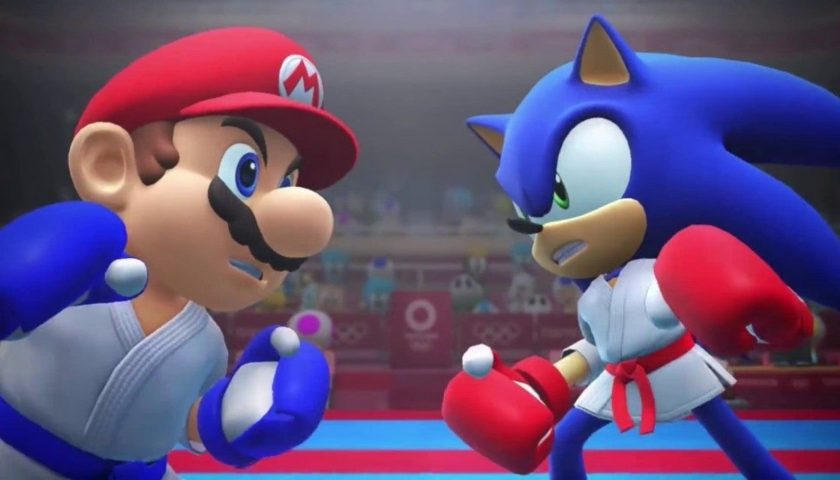 Throughout the 1990s, Sonic and Mario were bitter enemies. How times have changed. Not only have Sonic and Mario appeared side-by-side in a number of games since then, but according to Sega's Takashi Iizuka, the hedgehog and the plumber are now very good friends.

Iizuka revealed as much right at the start of an interview he took part in with Game Informer. A number of Iizuka's answers to the 123 rapid-fire questions he answered in the video below have been making headlines for the past few days. The reveal that Sonic and Mario are good friends comes just 20 seconds in as Iizuka is being quizzed about how exactly the first team-up came about.

Iizuka admits he has no idea how Sonic and Mario wound up in a game together for the first time. The first game they appeared in together was Mario and Sonic at the Olympic Games on Nintendo Wii in 2007. A number of characters from the once opposing worlds were a part of the game, but when asked who from the Mushroom Kingdom is Sonic's best friend, Iizuka revealed it's Mario.

Sounds like Mario and Sonic aren't the only friends brought together by the rival series finally teaming up 15 years ago. Iizuka is also asked what he thinks Bowser and Dr. Robotnik talk about, presumably when they're standing around between Olympic events. Iizuka's answer was a straightforward one – how to defeat the hero, of course. Perhaps if the two of them were ever to work together in a non-sport game, they might actually stand a chance of beating Sonic or Mario.

Iizuka fielded a lot of questions in the video above, even though it only lasts a little more than eight minutes. Sonic Frontiers was covered at length, but unfortunately the biggest takeaway about the upcoming game was that it won't have Chao Gardens. The Sonic Team head was also asked a lot about the Adventure series, revealing that the sequel was his favorite Sonic game ever, and that he hopes that there will be a new Adventure game one day.