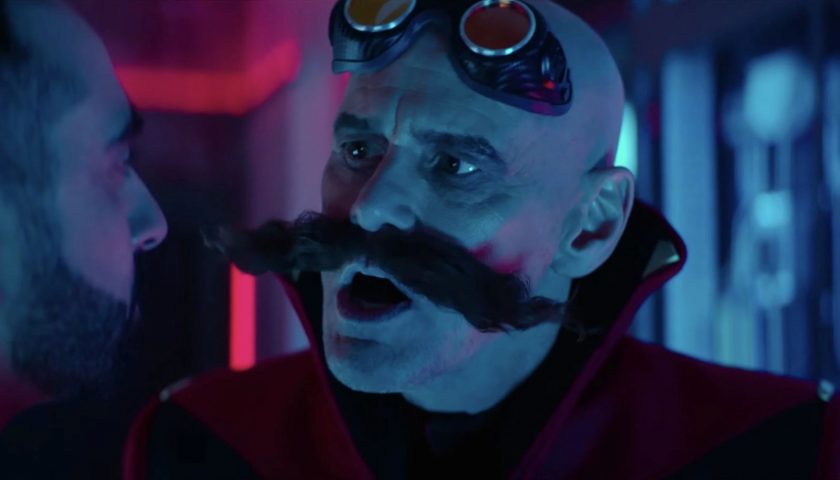 If Jim Carrey goes through with his retirement, Sonic The Hedgehog's producers "wouldn't even try" to recast Dr. Robotnik for Sonic 3. That's according to a recent interview at the Sonic The Hedgehog 2 premiere, although those same producers seem to think that Carrey will be back to play the mustachioed doctor.

In an interview with Access Hollywood last week, Jim Carrey said he was "fairly serious" about retiring after Sonic The Hedgehog 2.

"Well, I’m retiring," Carrey said, surprising the Access Hollywood host. "Yeah, probably. I’m being fairly serious," Carrey said. "It depends. If the angels bring some sort of script that’s written in gold ink that says to me that it’s going to be really important for people to see, I might continue down the road, but I’m taking a break."

Sonic 2 producers Neal H. Moritz and Toby Ascher didn't seem too concerned about Carrey's impending retirement and what that might mean for Sonic The Hedgehog 3. Speaking to IGN at the Sonic The Hedgehog 2 premiere in Los Angeles, Mortiz said that Robotnik was a role that Carrey just couldn't "walk away from."

"I have a feeling that he loves Robotnik so much that I don't think he'll be able to walk away from him," said Mortiz. When asked if he'd recast Dr. Robotnik in Sonic 3 if Carrey does go through with his retirement, he replied: "We wouldn't even try."

If Carrey does retire and Robotnik doesn't get recast, it'll provide an opportunity for Sonic The Hedgehog 3 to feature a different Sonic villain, such as Shadow or Metal Sonic. Or maybe we'll just get a new mad scientist villain called Dr. Eggman in the coming Knuckles spinoff.