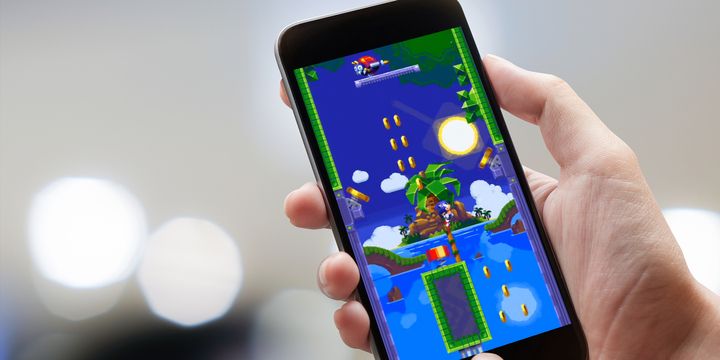 Sonic has been on mobile for a while via games like Sonic Dash. A while ago Sega had the opportunity to add another title to Sonic's mobile arsenal more in keeping with the classic 2D titles that made the hedgehog famous. Sega rejected the pitch, but the demo it was shown has resurfaced online.

The demo was created by Nitrome, best known for Leap Day and Super Leap Day. As for its Sonic mobile game, that was reshared on Twitter this week by Reggie-800. The unnamed game would have added a new zone for players to explore every day, including various levels and elements from throughout Sonic history.

The demo shows Sonic moving vertically through a level that uses various elements from the original Green Hill Zone. Collect rings and defeat enemies long-time Sonic fans will be very familiar with. The replies to the tweet indicate that this is the first time some Sonic fans have seen this project, and many are questioning why Sega wouldn't want to move forward with it.

Nitrome actually shared the footage above after the pitch was initially rejected. It revealed that the whole reason wall-running was added to Super Leap Day was so the mechanic they created for its Sonic game didn't go to waste. It also addressed the issues it had when putting together the demo, even revealing it had come up with a way to tackle the Sonic rolling problem it encountered after Sega rejected the pitch.

The good news is Super Leap Day is available now which is very similar to Nitrome's Sonic game, just without the Sonic elements. It's not all bad news for Sonic fans waiting for a new game, though. Frontiers is almost here, launching on November 8, and the reactions to its latest demo at EGX were very positive.