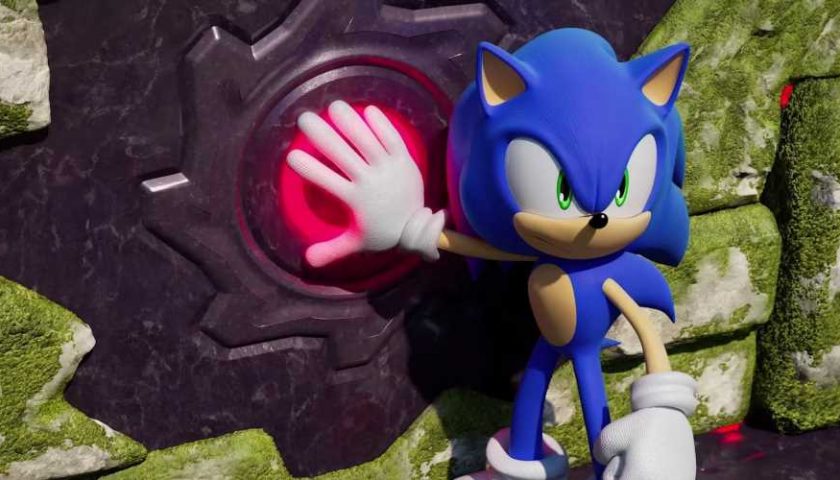 Sega has banned any recordings at the Gamescom Sonic Frontiers booth after players were able to access content far beyond what the developers expected.

Following a new story trailer and release date reveal at Gamescom Opening Night Live, Sonic Frontiers is playable to the public for the first time ever on the Gamescom show floor with a brief timed demo. What Sega probably didn't expect is that some players have been able to see cutscenes and content beyond the demo boundaries, simply by trying to speedrun through it as fast as possible, leading to cutscenes being published online and Sega responding by banning all gameplay recording and wiping saves from console units after 15 minutes.

As shared on the Sonic the Hedgehog subreddit, this report comes courtesy of Twitter user whyydreed, who has been on the Gamescom show floor playing and recording Sonic Frontiers over the past few days, providing many of the leaked cutscenes that are circulating online. Dreed revealed that recording from the booth was now completely banned and that save states were being wiped because of how much progress was being made.

Dreed said, "Small Story: Yesterday someone went so far that Knuckles appeared and the staff was shocked because they didn't know how. That‘s why filming is banned and after 15min they clear all the save files from the PC from now on". This might also explain why the photo of someone finding Big the Cat has what looks to be a Gamescom employee putting their hand on their shoulder.

Taking a cursory look over on Twitter shows several videos from Sonic fans attending Gamescom who were able to access cutscenes and content that likely wasn't supposed to be viewable on the show floor. Cutscenes are floating around that show Sonic meeting a trapped Amy for the first time, rescuing her, encountering Big the Cat, and more, alongside some people even managing to find Knuckles, who hasn't even been officially revealed to be in the game yet.

As annoying as this must be for Sega, the positive news is that Sonic fans seem to really be digging Frontiers' cutscenes and how Sonic and Amy are written, so it's not the worst leak that could have happened for the team.