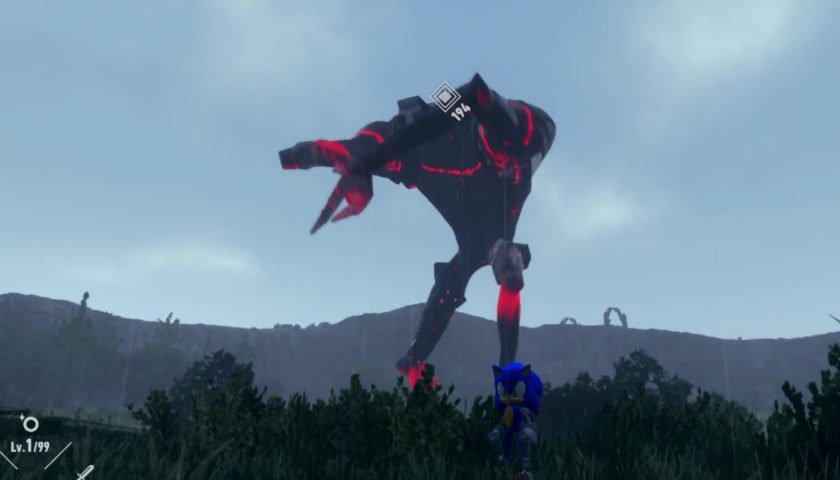 Sonic Frontiers players are modding Giganto to make him do the Gangnam Style dance, resulting in some pretty incredible videos of the titan stomping around to the beat.

Ever since its launch, Sonic Frontiers has managed to garner a strong modding community, which is perhaps unsurprising considering how other Sonic games like Generations have been supported. Many of the mods for Frontiers so far have been helpful ones that fix gameplay issues and shut Sonic up, but now that custom animations have been implemented, modders are getting… creative.

Without a doubt, the most cursed Frontiers mod out there right now is the "Gangnam Style Giganto" mod from GameBanana modder Gong. This mod does exactly what it says on the tin and makes Giganto, the first main boss of Frontiers, do the infamous Gangnam Style dance. The mod doesn't seem to add in the music, though, so you might want to pop that on for full effect.

As great as it is to see the spectacle of Frontiers' first boss fight ruined by a meme dance, things get even funnier thanks to the fact that Giganto's legs seem to keep their weight, meaning that he's shaking the map the whole time that he's busting a move. Players will also have to figure out how to climb up Giganto's legs when he's dancing to activate the Super Sonic portion of the fight, so this is basically the true hard difficulty.

As you'd expect, the mod quickly went viral on both TikTok and Twitter, with one post from Twitter user StarlightZxne getting over 62,000 likes. Considering Giganto has some pretty human proportions, it seems likely that we're going to see a range of dances modded into the game. Good for you dude, strut your stuff.

On the mod, Gong said, "Now that custom animations/skeletons are kinda possible, I came up with that goofy idea… have fun with the mod I guess. Note: it is hard to climb on him because of the different animations and he moves a lot so good luck with that."