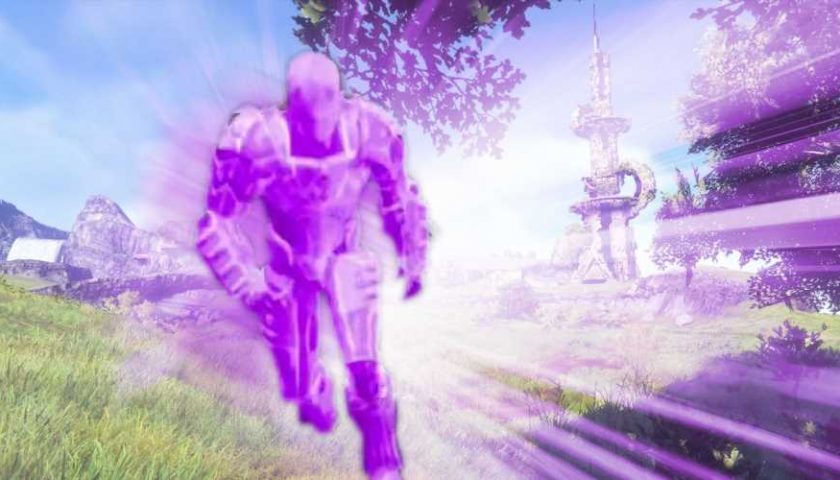 Moments into Sonic Frontiers you’re asked what you want your starting speed to be, with the cursor sitting dangerously low at 45 out of 100. I scoffed at such a low number and turned that bad boy all the way up to 11 (well, it was 100, but you get the reference). This is a Sonic game, and I’m here to go fast. I haven’t been this fast since Saints Row 4.

As soon as I got let out into the open world and sent Sonic flying into a wall at Mach 10 after lightly tapping the boost button, I realised why this might have been a bit cocky of me. Guys, I hate to spread rumours on the internet but… holy shit, Sonic the Hedgehog is fast.

That shouldn’t be surprising considering that’s Sonic’s whole deal, but Frontiers is the first time that Sonic has ever had the chance to stretch his legs outside of carefully crafted levels, most of which chuck you on some rails and hope you have a good time. This is the most control we’ve ever had over Sonic and the biggest playground to do it in, so seeing his power unleashed like this made all of the mid-tier games in the series we’ve had to suffer through in recent years worth it. Yes Forces, I’m looking at you. 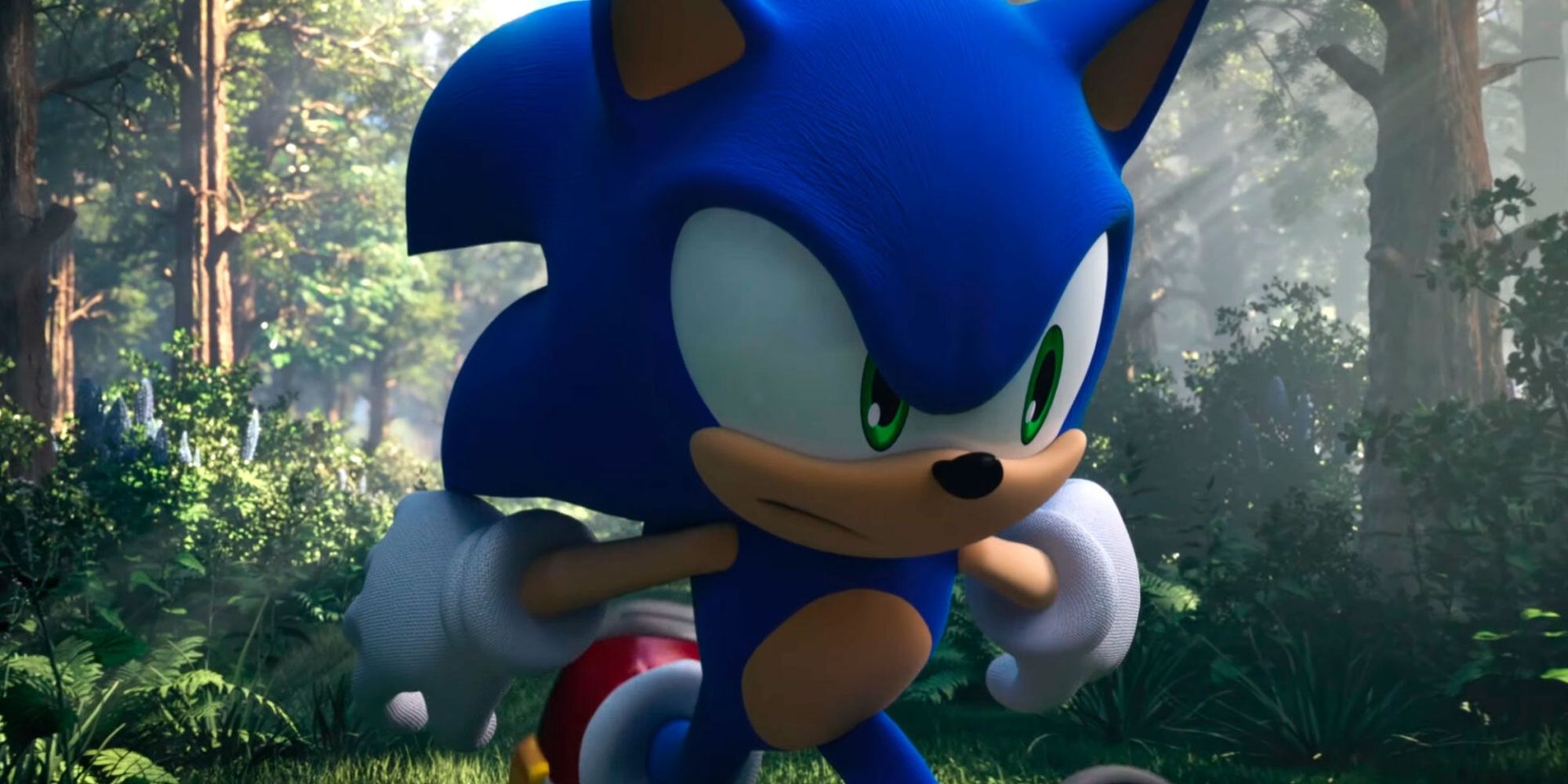 Despite the game practically begging for me to free Amy and unravel more of what’s happening on the Starfall Islands, the first thing I did in Frontiers was run through the fields as fast as I possibly could. Sonic controls like a dream, effortlessly able to turn, drop-dash off hills, and fly off cliffs to his heart’s content.

Aside from racers and occasional gems like Neon White, there aren’t that many games out there that handle speed well. Nothing since Saints Row 4 has felt this good or this fast. It makes me a little sad to think of the Third Street Saints considering how 2022 has treated them, but let’s look back on the good times.

Most people usually point to Saints Row 4’s story as its main way of upping the ante to a ridiculous degree, but it was really the gameplay that sent it over the edge, going from a third-person shooter with some whacky weapons to a superhero simulator. As cool as throwing out chunks of ice and being able to glide were, the stand-out power by far was the super speed. 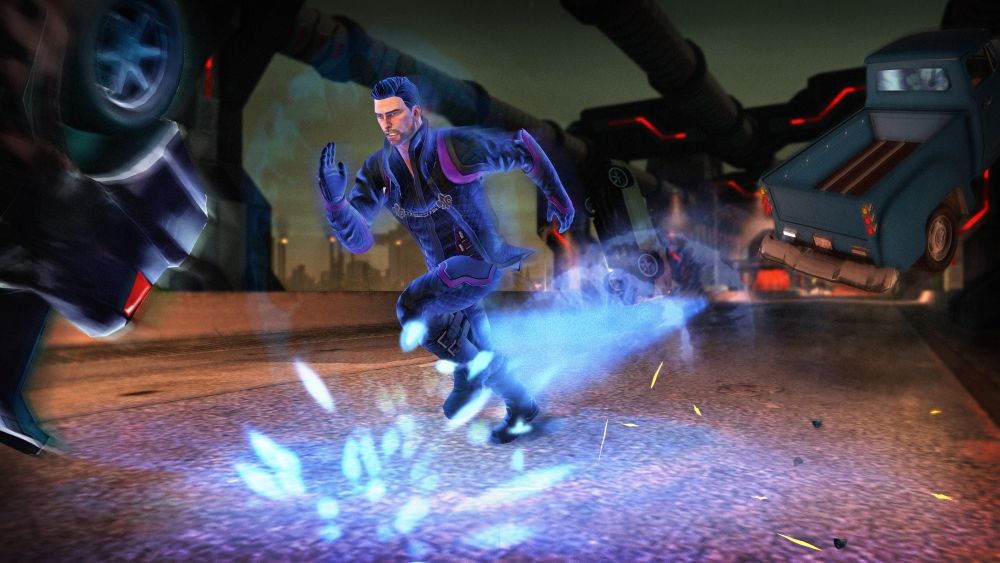 Holding down the sprint button basically turned the Boss into The Flash and let them run faster than any car in the game, destroying anything stupid enough not to move out of the way. Perhaps A-Train is more appropriate than The Flash here. At first, Saints Row 4 seemed to have just edged Sonic out in terms of speed, but then I discovered the boost mode in action and realised the Saints had nothing on my blue guy.

The boost mood activates after you've maxed out your ring meter, kicking Sonic into overdrive and putting him at the equivalent of the max speed stat. The Blue Blur is so fast in this mode that it almost feels like you’ve hacked the game, which is exactly how you want a Sonic game to make you feel. Going at full speed makes a few tasks more difficult, like creating circles with the Cyloop ability, but it just adds to the charm and makes Sonic feel truly speedy. It also frankly leaves Saints Row 4 in the dust as my go-to speedy game.

The only thing that Saints Row 4 still has over Sonic Frontiers is the level design. As a true open-world game instead of “open-zone”, Saints Row 4 let you run around with pretty much no interruptions aside from buildings and cars. Frontiers has a few too many boost pads and rails in the way for that kind of freedom, but considering how on-rails most Sonic games have felt recently, it’s still a step in the right direction.

I’m only on the third island of Frontiers right now, so I still haven’t quite got Sonic to maximum speed, but if he’s already this fast at the halfway point, then I’m excited to see what his full potential looks like, even if it doesn't involve Haddaway. Oh, how I do so wish it involved Haddaway.