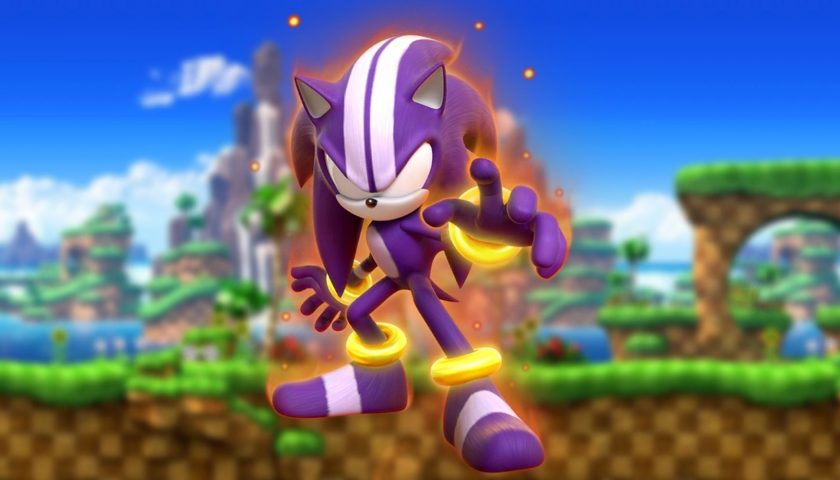 Some Sonic fans (it's me, I'm the fan) are only just noticing that Darkspine Sonic from Sonic and the Secret Rings doesn't have any shoes on, giving us a rare look at Sonic without his red shoes.

Unless you're deep within the Sonic community, there's one thing that you ever rarely see of the Blue Blur – his feet. Whether it's the mainline games, the spin-off TV shows, or the movies, there's a definite effort to keep Sonic planted firmly in his iconic red shoes, with only a few times on record where he or his friends have been shown barefoot.

As it turns out though, there's been one example hiding right in front of us this whole time – Darkspine Sonic. For those who are blissfully unaware, Darkspine Sonic is an edgy transformation that Sonic uses at the end of Sonic and the Secret Rings. Not only does Sonic's voice come dangerously close to revealing what the Werehog was going to sound like, but he also gets a dramatic makeover.

As pointed out by Redditor LionistheMan, not only does Sonic's fur turn purple, his eyes go white, and his legs and arms get some snazzy golden rings, but his shoes disappear and his feet get given a furry makeover. It hurt me just as much to write that sentence as it did for you to read it, I assure you.

This is likely something that a good number of Sonic fans have never noticed, both because they're hopefully not staring at his feet all the time, and because he seemingly doesn't have any toes, and instead looks like he's wearing a furry pair of clogs. As non-feet-like as it looks, it seems the intent is to have removed Sonic's shoes, however, as the transformation also removes his gloves.

There you have it, folks, a rare, official look at what Sonic the Hedgehog looks like without his shoes on. Now let's all collectively forget what we saw, yeah?