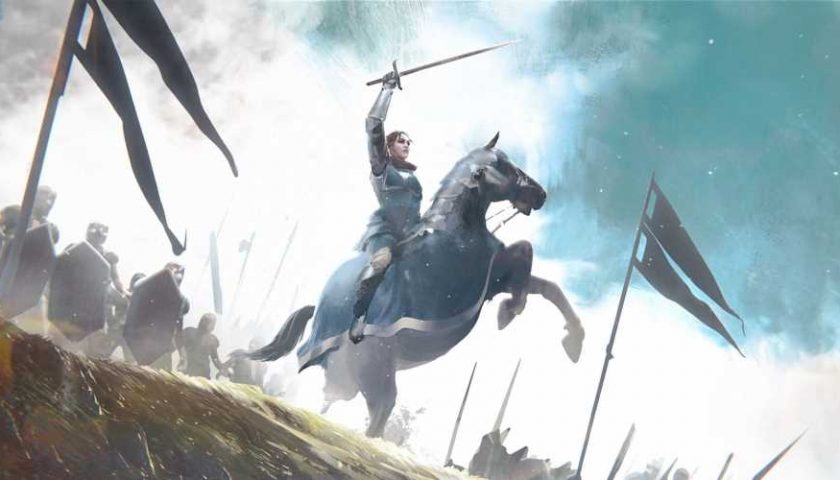 Arleon is Songs Of Conquest's knightly faction, sending feudal levies into battle bolstered by the rousing songs of troubadours. They are also able to call upon ancient pacts with the Faey, providing much-needed melee power that peasants just can't provide. If you prefer a hammer-and-anvil strategy in combat, Arleon might be the faction for you.

Arleon Wielders are often somewhat limited in their choice of spells, but the ones they can cast reliably are perfectly suited to the faction's play style. Whether you're pelting the enemy with an endless hail of arrows or rampaging through their lines with the Horned Ones, playing as Arleon ensures that Stoutheart will stand.

Songs Of Conquest is currently in early access, so the contents of this guide are subject to change as the game is developed. 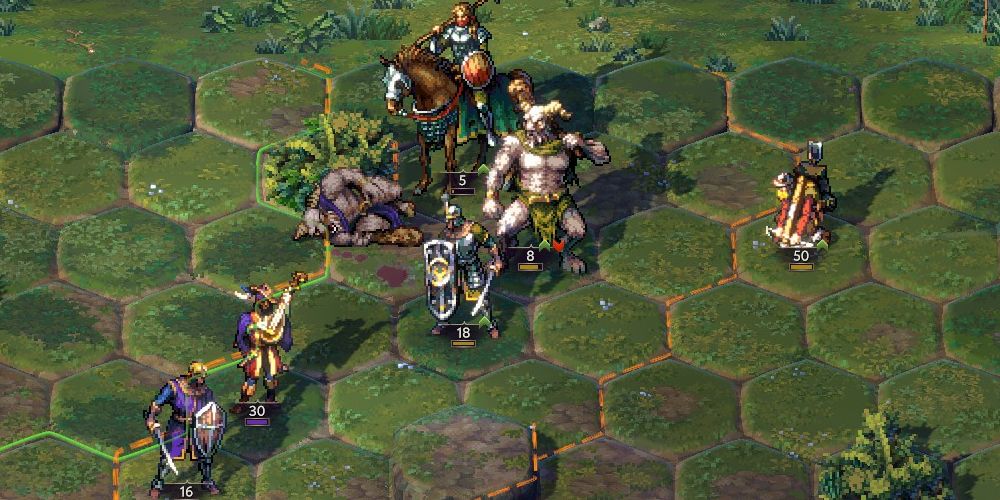 Arleon's units are mostly Human, but three of their troop types are Faey. Unless you start with a Wielder who specializes in one or the other (Lady Hammond for Humans and Gnaw for Faey), you can safely mix and match them until the late game. At that point, you'll probably want to pick one and research as many upgrades as possible for your chosen specialization.

Except for Minstrels and their upgraded version, Troubadours, Human troops provide Order Essence in combat. Faey, on the other hand, provide Chaos Essence. This means that Human armies will generally have ready access to defensive buffs, while Faey armies will have more mobility and damage potential. In either case, it's usually worth bringing Minstrels and Troubadours along for their songs, which provide army-wide defense bonuses, and for the Creation Essence that they offer. 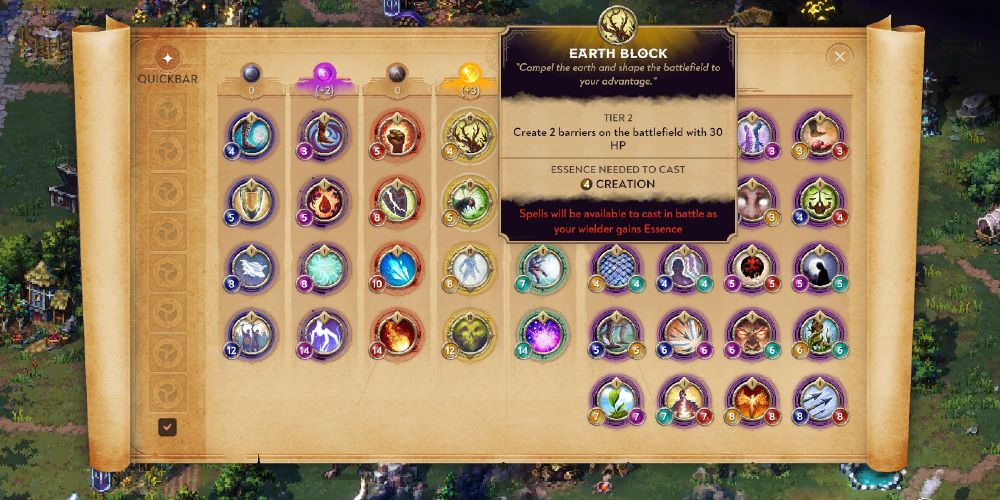 Without plenty of buffs from Order spells or a defensively-oriented Wielder, Arleon's troops tend to be fragile. The exception are their Footmen, who are able to resist ranged attacks and have a higher overall Defense than their companions. For this reason, most Arleon wielders will want at least one unit of Footmen or Shields Of Order in their army to hold the line and protect their ranged units. In the late game, Wielders with additional unit slots might consider a second unit to contend with larger enemy forces.

Minstrels may not be the best in combat, but their real strength lies in the support they bring to the field. Not only can they further enhance Footmen with their songs of valor, but they also provide Creation Essence. Unless you're using a Wielder who specializes in Creation spells, such as Peradine, you'll want to use this extra Essence to cast Earth Block, creating choke points to protect your flanks. Clouded Vision is another useful spell for Arleon, as it partially neutralizes enemy ranged units and allows your Rangers to dominate the battlefield. 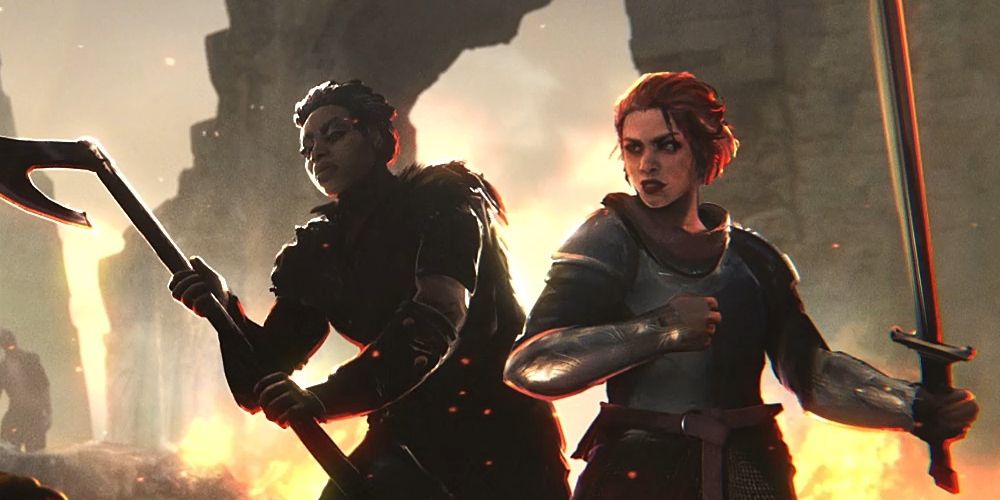 Matching Wielders with skills and units that complement their natural abilities is a key component of any strategy. This is especially true for Arleon players, who typically need to choose between Human and Faey troops. 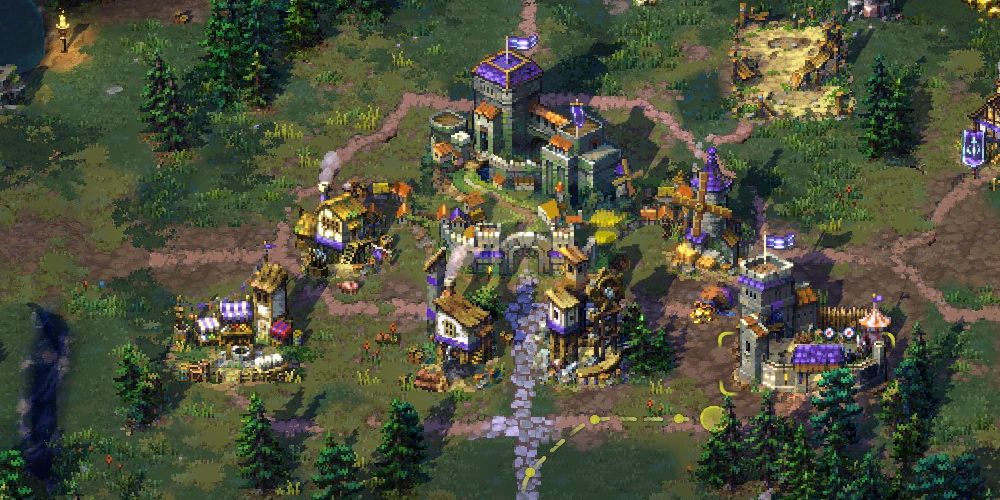 When you start a new game as Arleon, in most cases you'll want to get a Barracks up and running as soon as possible. This allows you to recruit all-important Footmen. Start by constructing a Lumber Mill in a small building site on the first turn – this is a requirement for the Barracks. If there isn't sufficient Stone in your starting area, you can use the second slot for a Quarry, but a Tavern or Peasant Hunt would be a better use of the land.

Once your Barracks is ready, build toward the units that best serve your starting Wielder. If you're playing a Faey-focused Wielder like Gnaw or Ethylle, resist the temptation to skip the Barracks in favor of a Faey Grove, even if you have the necessary Glimmerweave to do it. Faey Spirits are too fragile and Horned ones too slow to recruit for them to form the cornerstone of your army at this stage of the game.

Once you've unlocked a large building site, your choice for construction there will be based on your overall strategy. If you're focused of Faey units or a ranged-heavy approach, build the Faey Court; Faey Nobles will bolster either of these army types, and you can also research upgrades for your Faey units from here. If you're using a more traditional Footmen-based army, construct the Grand Armory instead to enhance your human soldiers.