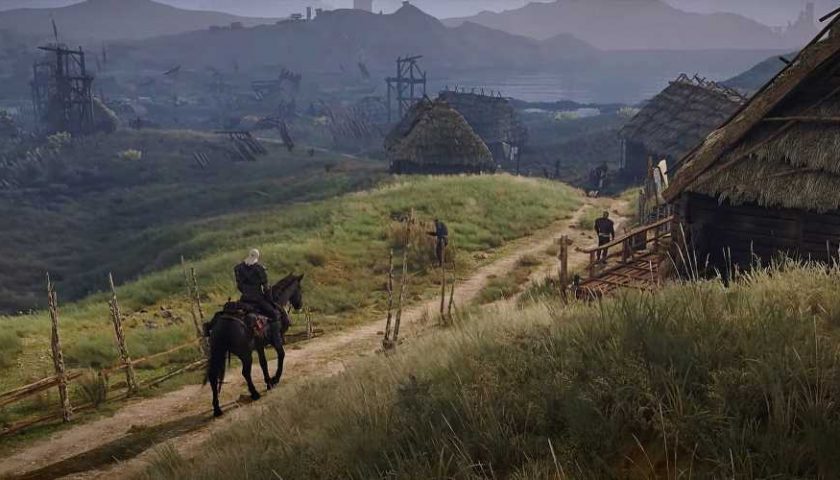 Someone has removed all the trees from Velen in The Witcher 3 to create this melancholy video that highlights just how beautiful the world of the iconic RPG is — even without its dense vegetation.

It's been seven years, and people still cannot have enough of The Witcher 3. Players still find new ways to enjoy CDPR's most critically acclaimed title, whether it means to stop looting every old sack you find, or trying to beat the entire game without using swords. Some use mods or various tools to showcase the unfamiliar side of the title, like today's short video by YouTuber Nemanja.

In his work, Nemanja removed all trees across Velen, also called No Man's Land, — a major region of this open-world, full of swamps and small farmsteads. The result is captivating footage that gives a perfect sense of loneliness and desolation while Geralt slowly makes his way on Roach's back. According to the creator, it was just a medium-effort work that took him only a couple of hours to complete.

Viewers were quick to comment on their impressions, comparing the clip to BBC Earth documentary shots or Death Stranding scenery. What makes the video more appealing is excellent camera work, offering glimpses of abandoned ruins and the war-ravaged countryside.

However, from the looks of it, the author hid not only all trees from the surroundings, but all monsters, and animals, too. This new version of Velen looks very deserted, whereas it's usually hard to navigate through The Witcher 3's land without stumbling at nekkers or wolves at almost any corner. Surely, the footage wouldn't end up so relaxing if there were groups of monsters wandering around in the open.

Naturally, the idea of removing all vegetation is nothing new, as there were efforts to do just that shortly after the game's launch back in 2015. As you may expect, disabling all trees in the RPG also makes it run faster on low-end PCs, while additionally making your navigation through the environment much simpler and faster. It's hard to tell how enjoyable it is to beat the entire game like this, though, but it's a great way to admire CD Projekt Red's well-designed open-world in short videos like the one above.