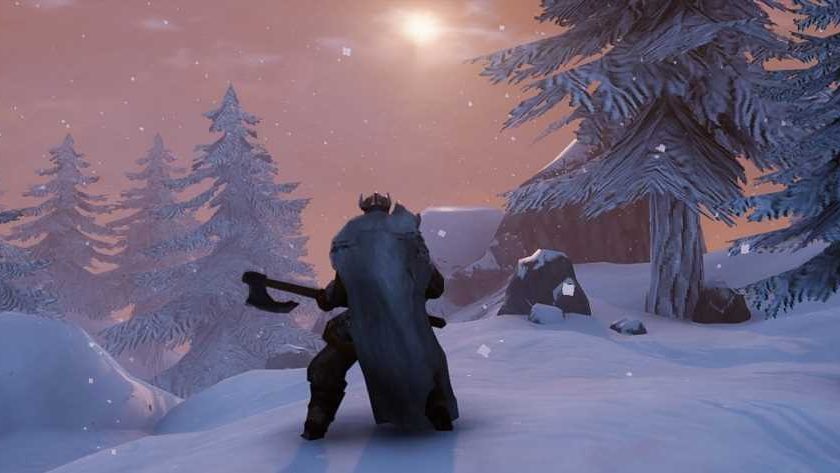 Valheim is a survival game set in the mythological plains of a Nordic world with Thor soaring through the sky, flouncing around with streaks of lightning, while the dwarves of the countryside lay siege to the unlucky inhabitants. So, what was it missing all along? Cars, apparently.

“Bet it’s a fjord,” one user, Own-Caterpillar, commented. This isn’t just any old car that’s been built, it’s a car bed, using shields, benches, wooden struts, flooring, signs, and more to bring it to life. It’s a step up from Minecraft’s stairs, coal blocks, and item frames, but definitely gives off similar vibes.

It can’t quite drive, unfortunately, but it has its very own circular platform to show it off, with chain-suspended bowls of hot burning coal and a trophy to a felled foe just hanging overhead in between two blue banners. It looks as though a bed is placed inside to let the user actually sleep in it. 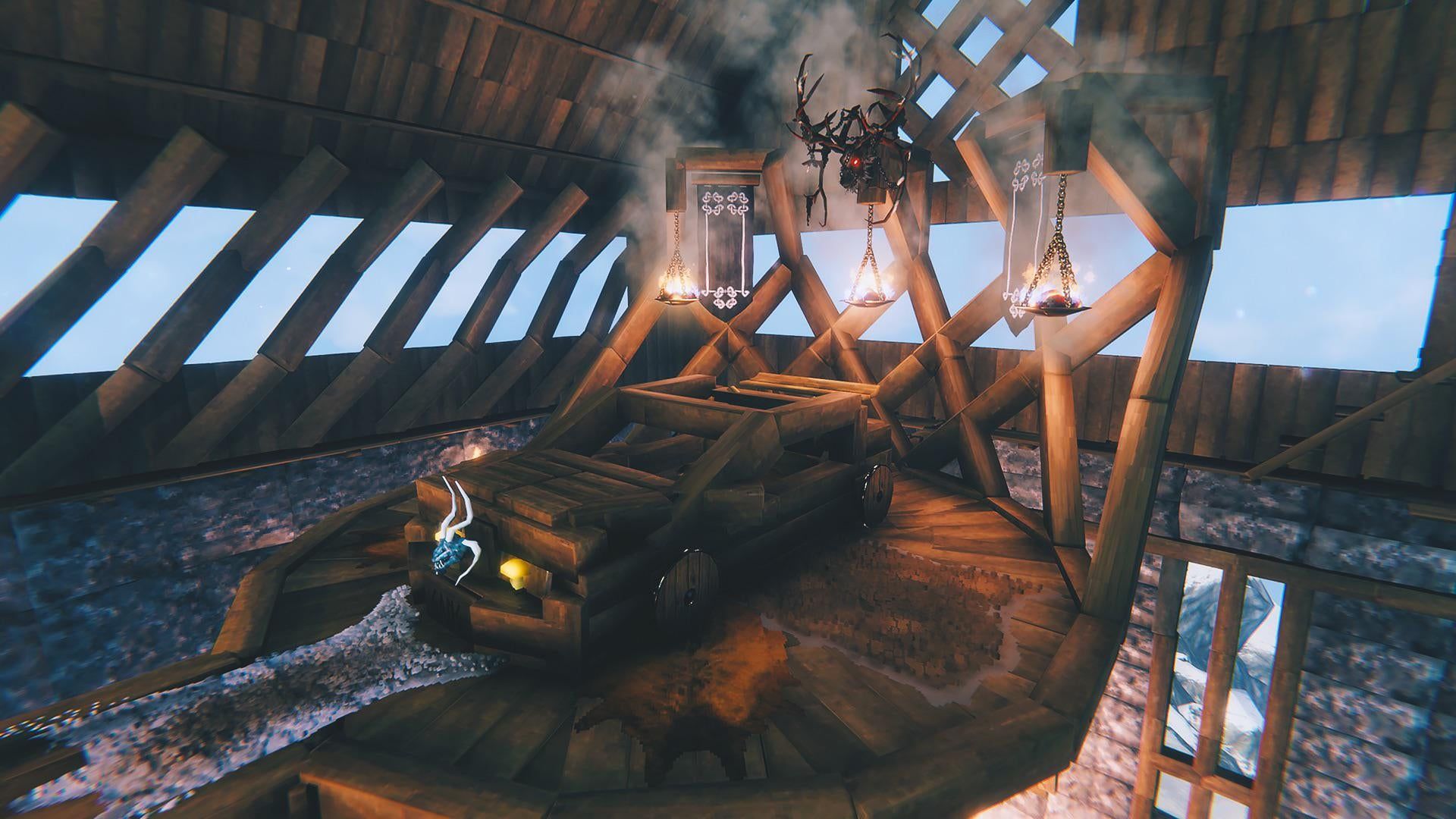 “Someone missed the off-ramp,” commenter Timmah said. “Yeah,” creator Ganginati replied, “I’m kinda stuck. I figured I’d build a fortress around it.” While cars aren’t yet in the game, perhaps down the line, some form of transport will be. As it stands, you can build a cart, but you can’t exactly attach it to anything.

Now, a bus, train, or car would be ludicrous and completely clash with the old Nordic feeling of the game, but some players have asked for horses that can be tamed and ridden, even allowing for those very carts to be attached to them. This would make traversal on the land easier. After all, boats are already in Valheim for traversing the water, but otherwise, you’re stuck with your two feet.