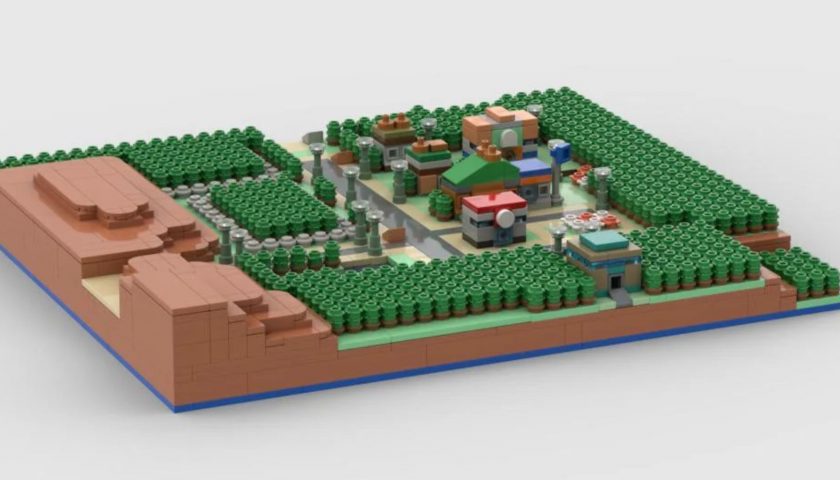 Fan art comes in many forms and that's certainly true for the Pokemon community. Whether it's crocheting every single Pokemon or flooding social media with saucy drawings of Scarlet and Violet's new professors, Pokemon fans have always found unique ways to showcase their love for the franchise. Now we have another example, as someone is recreating Pokemon's Kanto region entirely out of Lego.

Redditor Buscags1 has shared the beginnings of their project on the Pokemon subreddit, showing off each section of Kanto once they've completed it. At the time of writing, Buscags1 has recreated Kanto from Pallet Town all the way up to Pewter City, and has been making pretty steady progress over the past couple of weeks.

More impressively, Buscags1 has also revealed that the Kanto recreation is part of a much bigger planned project. Instead of recreating just Kanto out of Lego, Buscags1 plans to recreate every region in Pokemon and have them interlock in one big map. They already have a little bit of Kanto done, half of Johto, and have just started on Sinnoh. Plenty more regions to go of course, but it promises to be pretty spectacular recreation once the project is complete. If you want to keep up to date on Bugscag1's progress, you can follow their Reddit page here.

In other Pokemon news, a debate about the worst and best shinies recently broke out on social media, as Pokemon fans flooded Twitter with off-colour Pikachus and puke green Nidoqueens. Despite there being a little bit of debate, the general consensus seemed to be that the Pokemon who you can barely tell are shinies are pretty rubbish. Pokemon with horrid color schemes like Krookodile, Hawlucha, the aformentioned Nidoqueen, and Espeon were all included as the most offensive looking. I guess it's better to be unrecognisable than gross.