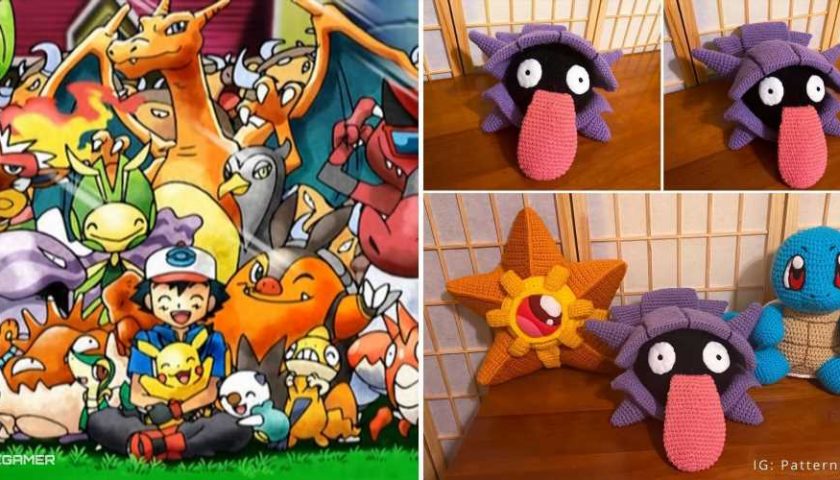 A Pokemon fan is crocheting every single 'mon in existence and the Internet is going wild for her creations. Using only yarn, the amateur crocheter has dedicated herself to creating woolly recreations of all 908 Pokemon, and the results speak for themselves.

Showing off her creations on Reddit and on a dedicated Instagram page, the yarn creative has made the likes of Squirtle, Pichu, Jigglypuff, Mew, and Staryu, while this writer is a big fan of the Togepi which looks totally adorable. Her latest crochet is an absurdly cute Shellder which she shared in a subreddit on r/pokemon, and which has received over 5,100 upvotes since it was created a couple days ago.

"OP, do you have a shop?? These are amazing", a TStark4Prez commented, echoing the thoughts of many. On Reddit the OP is known as noduckshere94 and she shared a few insights into her craft. Responding to someone's incredulity at her Staryu creation, the crocheter said: "It was definitely a lot of planning … probably the most tricky one, though Torchic and Shellder were pretty hard too".

She also revealed that she used to spend a few days on one of these yarn creations but that she has since "upped the quality" so that now she could spend weeks on crocheting just a single 'mon, although it does depend on how much time she has. Someone replied that it might take her years to make all 908 Pokemon. "It's not so much the work, but finding time for the work. If I had no other obligations, I could probably knock each one out in under 4 days", she clarified.

Clearly a lot of thought and effort goes into each one ("I have my own set of rules that I follow for proportions. Like heads can't be bigger than a certain size") while she isn't making the 'mons in their Pokedex order, but simply in the order as she likes.

Since she's gotten so much positive attention, the crocheter has made a support page. "I've never put myself out there and asked for donations before so this is kind of weird, but hey, it's worth trying", the support page post reads. "I always put my heart into each figure I make and it would be great to be able to afford better materials to do so".

As she says, yarn can get expensive, while the time and effort that goes into her 'mons can be supported on her Ko-Fi. To check out more of her work, she is also on Instagram @patternsbyjazz.