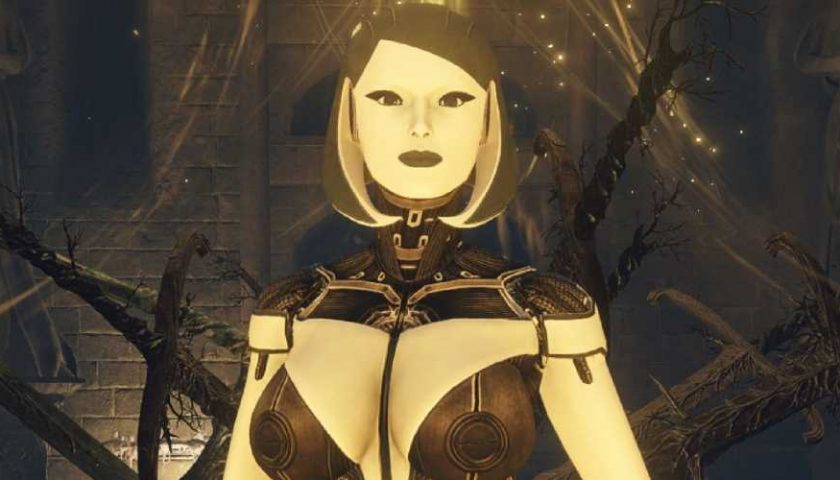 The Lands Between is a dark fantasy mishmash of Miyazaki's crumbling civilisation motif and George R. R. Martin's penchant for complicated family drama. But 'dark fantasy' is the key term here – it's medieval, it's magic, and it's as far removed from sci-fi as you get. But what if it had Mass Effect's EDI robot hamfisted into the middle of it all?

It's not a question I thought I'd ever have, but it's one that the vaguely named user619 has answered with their fittingly simple mod, Mass Effect 3 EDI Mod. It swaps out the Vegabond Knight Armor set with an EDI skin, letting you cosplay as Mass Effect 2 and 3's favourite Cerberus-installed holographic Ai, AKA Joker's girlfriend.

There's no ship for EDI to pilot in Elden Ring, and there's no Joker to bunk up with, but you can always take her to see the sights before she has to return to the world of Mass Effect. Maybe show her around the Erdtree, visit an underground labryinth where a ghostly deer will try and stomp you to death, or venture into a crimson poisonous swamp where you will almost certainly die. It's lovely this time of year. And if you want her to feel at home in a ship, just visit the Elden Beast. Space-y enough, eh? Granted, EDI with a few greatswords coming off her back might look a little weird. She is a futuristic robot after all. So you can download an extra mod that toggles them, or you can committ and enjoy the sci-fi fantasy mashup. Maybe even find her a bow that you can pretend is a gun or something. Whatever tickles your fancy.

However, hiding weapons might just do the same for NPCs, so it won't just be EDI stripped of their scabbards. And if you want to cosplay her as accurately as possible, you'll have to customise your character a little as well, as the armour only takes it so far. But user619 does have a guide included that shows you how to do just that.