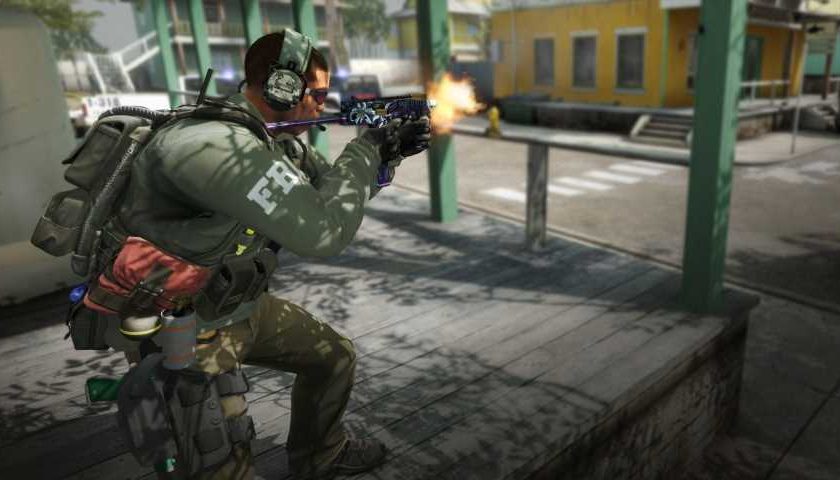 There's been a lot of discussions about framerate this week, especially with regard to Gotham Knights' 30fps cap on consoles. With the launch of current-gen consoles, players have started expecting a minimum of 60fps, or at least an option to choose between visual mode and performance mode. This is doubly so for games like Gotham Knights, which have huge open worlds and fast-paced combat.

While console owners live in constant envy of the performance that a well tuned PC can deliver, one YouTuber decided to twist the dagger by showing just how high they could take the framerate on CS:GO (thanks, PC Gamer). Yes, CS:GO is quite old – but still a highly played – so it doesn't take much to run it at a good framerate. However, 3kliksphilip managed to get the game running at 4,400fps.

The key to this isn't just an overpowered rig, he had to make some changes to the game itself as well. 3kliksphilip revealed that he was using an Intel Core i9 13900K processor and an Nvidia GeForce 4090 RTX GPU. As pointed out by PC Gamer, 3kliksphilip first removed any and all features that would take up even an ounce of framerate, including the HUD and the AI bots. Next, the game's visual settings were dropped to the lowest possible level, dropping the resolution to 720p.

It's at this point, around 1,000fps, that they noted something interesting – a bug which only pops up at such a high framerate – 3kliksphilip's character was actually running faster than when at a capped framerate. Eventually, to really push things to the limit, they went in search of the one spot in the game where the framerate would be the highest. They found the highest average framerate of 2,354fps in the Safehouse map, while the highest overall framerate, 4,221fps was found in Baggage.

Finally, they pulled out all stops, removing even the fps counter, instead using a background app, and downloading some fps boosting configurations. This eventually resulted in the highest average jumping to 2,417.56fps on Safehouse, and Baggage once again took the highest overall framerate with a whopping 4,486.32fps.