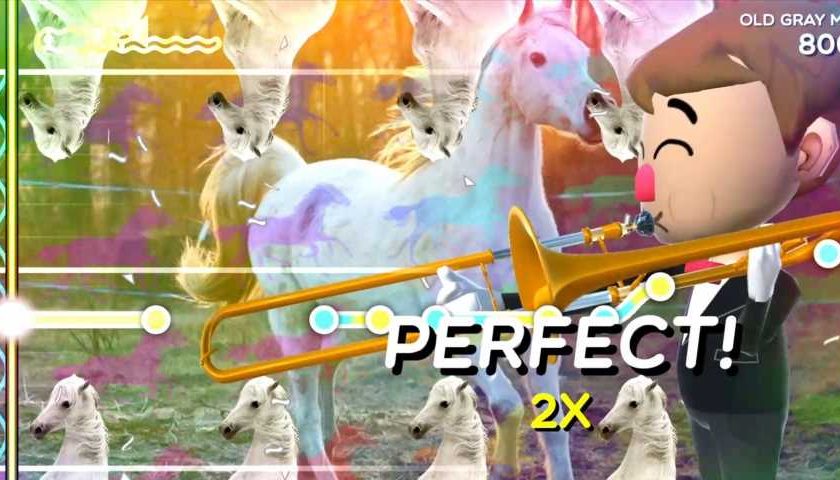 It seems that the weekend is now where all the big news happens. Last week it was the GTA 6 leak, but that pales in comparison to this – someone is using a trombone, to play Trombone Champ. What is Trombone Champ, you ask? Might as well ask me what Half-Life 2 or Red Dead Redemption is. It is a rhythm game unlike any other, one that will go down in history as perhaps the one true rhythm game.

"Trombone Champ is the world's first trombone-based rhythm music game," says its Steam page. "Unlike most music games, you can freely play any note at any time. You're not just following along with the music, you're actually playing the music!"

So, what do you get when you add rhythm based gameplay, one of the 'dootiest' musical instruments, a clumsy looking avatar, and music so iconic that it's public domain? A proper Game of the Year contender is what. Now add someone actually using a trombone to Trombone Champ, and what you have is a story of the indomitable human spirit. A feat akin to no-hit Dark Souls runs or Halo LASO challenges.

Accomplished by Dan Lew, this momentous task was possible thanks to some clever scripting that mortals like myself wouldn't dare to try and understand. All we know is that this living legend hooked his trombone up to the game and weaved a rendition of The Star-Spangled Banner that made soccer balls everywhere morph into prolate spheroids, made XXL Coke glasses appear small, and made eagles everywhere go bald. And just like the option you'd choose when option A is peace, the performance got a B.

If you haven't checked out Trombone Champ yet, we suggest giving it a shot. Unlike most rhythm based music games, this one doesn't require any plastic paraphernalia, and is pretty cheap. The fact that you can continue playing even on the wrong note makes it a hilarious experience during parties. There's over 20 tracks currently available, but given the sudden popularity of the game, developer Holy Wow is bound to add more songs soon enough.