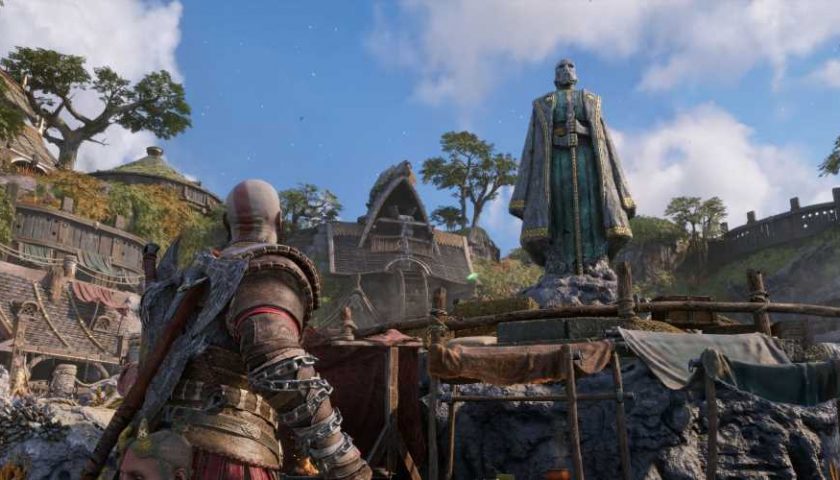 One big-brained God of War fan managed to figure out one of Ragnarok's big plot twists more than a year before the game's release, seemingly from a single line of dialogue in the reveal trailer.

As you'd expect from a game all about trying to change fate, Ragnarok has some interesting twists and turns throughout its massive single-player campaign. There's one particular twist towards the end of the game that's really sticking with players, though. Endgame spoilers for God of War Ragnarok follow, but you probably knew that from the title.

After Atreus manages to retrieve the final piece of Odin's mask from Alfheim, he shares it with Kratos, Tyr, Freya, Freyr, Brok, and Sindri at Sindri's house. As the group begins to plan what to do with it, Tyr suddenly springs into action and says he'll lead them to Asgard, before Brok realises something is wrong and makes him reveal himself as Odin, getting stabbed and killed in the process.

That's right, you might have thought you were hanging out with the Norse God of War for most of the game's runtime, but it was actually Odin in disguise the whole time. Pushing aside the idea of Odin sleeping in a broom closet to keep up appearances, it's a memorable scene that explains how Odin was so calm about what Kratos and Atreus were up to for most of the game, and it's arguably the biggest twist in the game.

It seems like it was pretty sign-posted for some clever viewers, however. As reported by GamesRadar+, Redditor omidhhh posted "Tyr is Odin?" on the God of War subreddit following the initial reveal trailer for Ragnarok back in September 2021. Their reasoning behind that incredibly accurate guess is one scene in the trailer where Mimir says, "Odin has tricks that we don't even dare to consider", before Kratos and Atreus immediately move on to discuss Tyr.

That was all it took for omidhhh to come up with that Groa level prophecy and they indeed turned out to be right in the end. They aren't alone either, as YouTuber PythonSelkan also came up with the same prediction that Odin might be disguising himself as Tyr in the main campaign to try and come between Kratos and Atreus.

Although we clearly don't have the same power of foresight as these two and whoever else managed to guess the twist, there are a number of clues that are easy to spot after the fact. One key detail that Ragnarok director Eric Williams recently pointed out in a spoilercast with IGN is the fact that when Odin is disguised as Tyr, his subtitles say "Tyr" without the accent, but when we see the real deal, his name is spelt properly.

There's also the fact that he calls Freya Frigg when he first sees her, bumps Atreus aside when he sees Groa's prophecy for the first time, his unwillingness to eat food that he hasn't cooked, and the fact that he never fights anyone as he doesn't actually have Tyr's incredible strength. Might already be time for a replay to see all of the other hints strewn about the place.