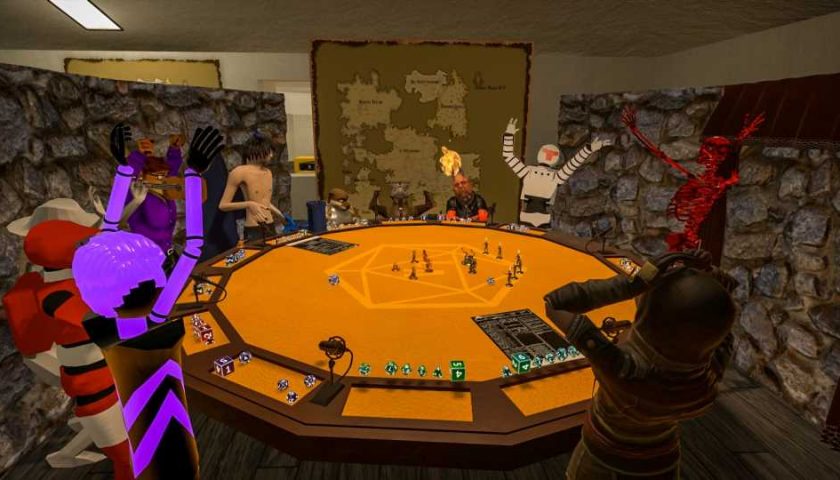 The social game VRChat just opened up a whole bunch of new possibilities for sign language support as an accessibility feature by adding hand tracking in the most recent update. VRChat is currently in Early Access on Steam and other platforms. Hand tracking for the time being is only supported for Quest because of “platform and technical restrictions,” but support could very well be expanded at some point in the future.

“This isn’t just the ability to use your real hands via the Quest’s powerful finger tracking, it also means you don’t have to use your controllers at all in VRChat,” the eponymous developer notes about the patch. “You can move around, jump, and use your menu, all with just your hands.”

“Imagine a world where anything is possible. Join a game of capture the flag in outer space. Share stories around a campfire while roasting marshmallows and then moments later, experience a retro game of bowling with an alien and robot,” the official description for VRChat reads. “Jump into hundreds of awe inspiring environments and meet unique avatars every day. Watch a movie on the moon. Ride the Titanic. Step into a new world every time you come online.”

While the addition of hand tracking was not explicitly designed to expand accessibility, players quickly began to explore the possibility space afforded by the feature. The game developers known on Twitter as Benaclejames and Thefoxipso were among the first to realize that hand tracking could be used for sign language, taking to the social media platform with their discovery. The news immediately began to attract attention within the community.

VRChat has no firm release date. According to the studio behind the game, VRChat is “constantly evolving.” The company adds that “we’re working tirelessly on the core platform to expand features and tools that allow for deeper creation and enjoyment of VRChat."