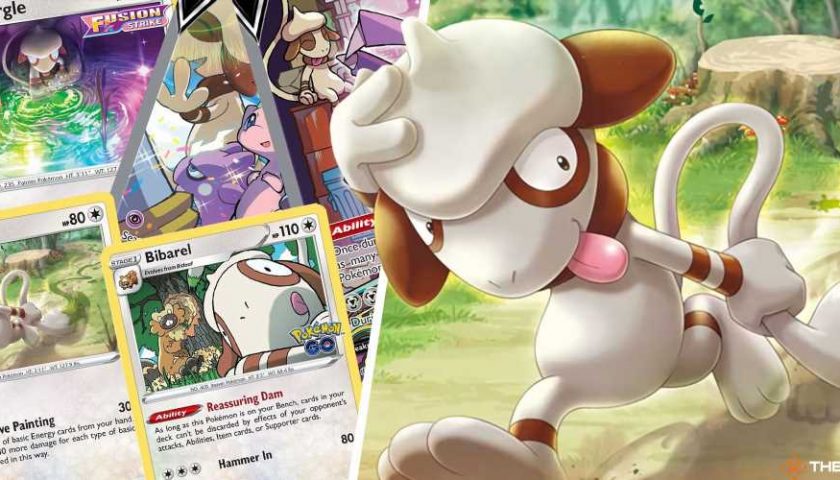 When you think of the Pokemon TCG, a few names stick out more than others. Charizard and Pikachu easily take the top spots of the most valuable cards, and Rayquaza and Lugia aren’t far behind. The Eeveelutions got their 15 minutes of fame with the recent Evolving Skies expansion, and Mew and Palkia are the current horrors of the competitive game.

But there’s one Pokemon who, despite being described as “nothing” by some very mean editors at TheGamer, has been absolutely thriving in the TCG, while simultaneously flying under most peoples’ radars. It isn’t a Legendary, or even a particularly beloved Pokemon, yet Smeargle has been having the time of its life.

Debuting back in the second generation, Smeargle is one of those Pokemon from the early days that never really had a chance. Never hitting the popularity of Togepi or Marill, and never having the competitive edge of Skarmory or Forretress, it was consigned to history alongside the likes of Sunkern and Delibird as one of those weird misfires of Gen 2that we’ve never revisited since. 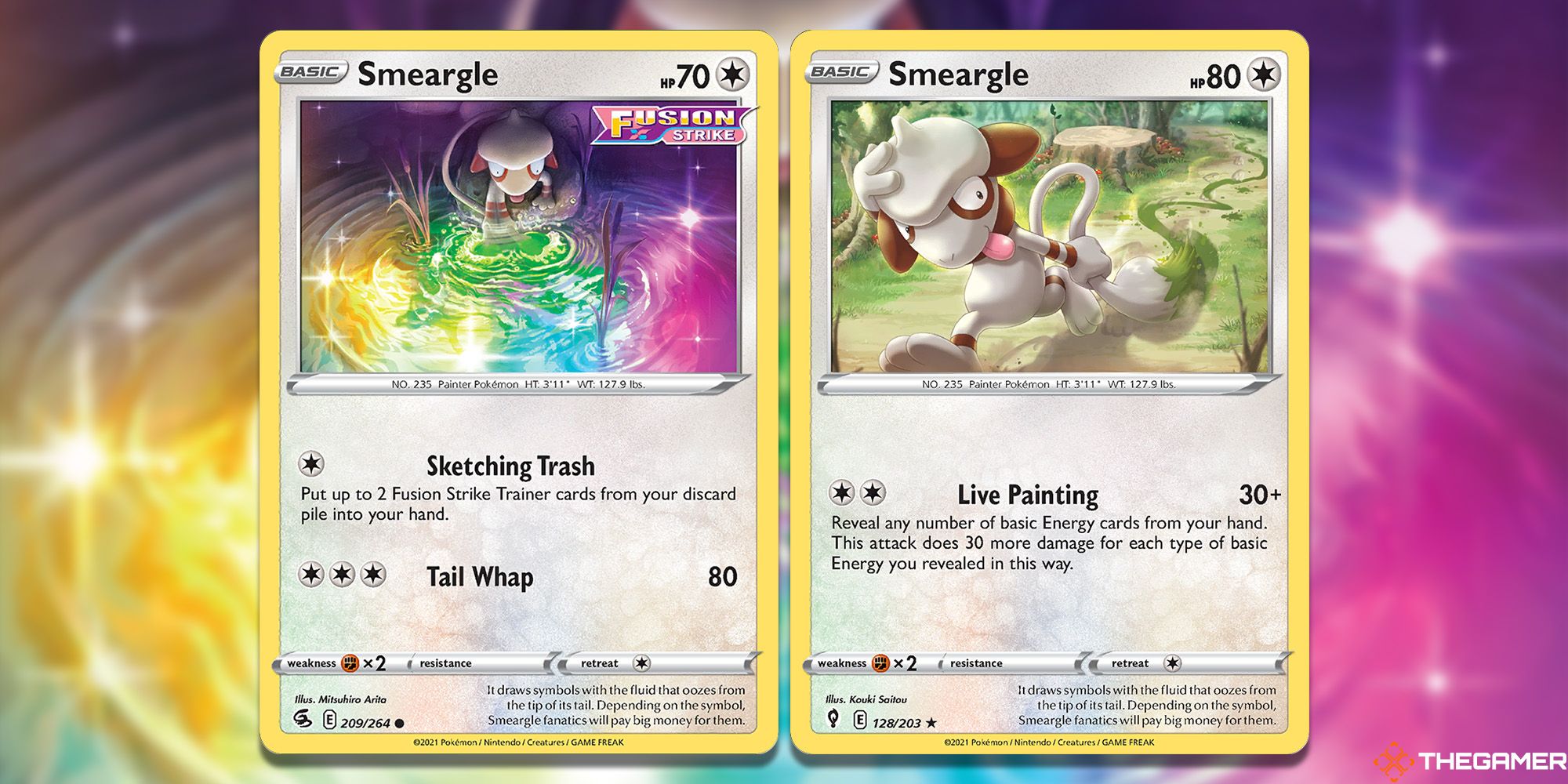 Despite being a random Pokemon with no evolution who debuted over 20 years ago, Smeargle has recently been popping up a lot in the trading card game. There have only been 13 Smeargle cards in Pokemon history, and two have been in the last year: the first in Evolving Skies, and the second in the next expansion, Fusion Strike.

More than just getting its own cards, Smeargle has been breaking into other Pokemon’s cards a lot, particularly in the Fusion Strike expansion. There, it was seen in two of its biggest pulls: Mew V (which has since become one of the game’s most-dominant decks), and Genesect V. In both instances, Smeargle looks thoroughly jazzed to be there, chilling with its friends. Why was Smeargle here, when it isn’t in the Sword & Shield games? Who cares, this dog is loving life, and who would ever question such joy?

Two cards may not sound like much, but most Pokemon are alone on their card art. At most you may get a few other members of its species in the background (like Astral Radiance’s Stantler), but having others show up in the same art is done maybe once or twice an expansion at most. With over 900 Pokemon, to have one random Gen 2 Pokemon make multiple appearances on otherwise high-profile cards in the same expansion is odd. 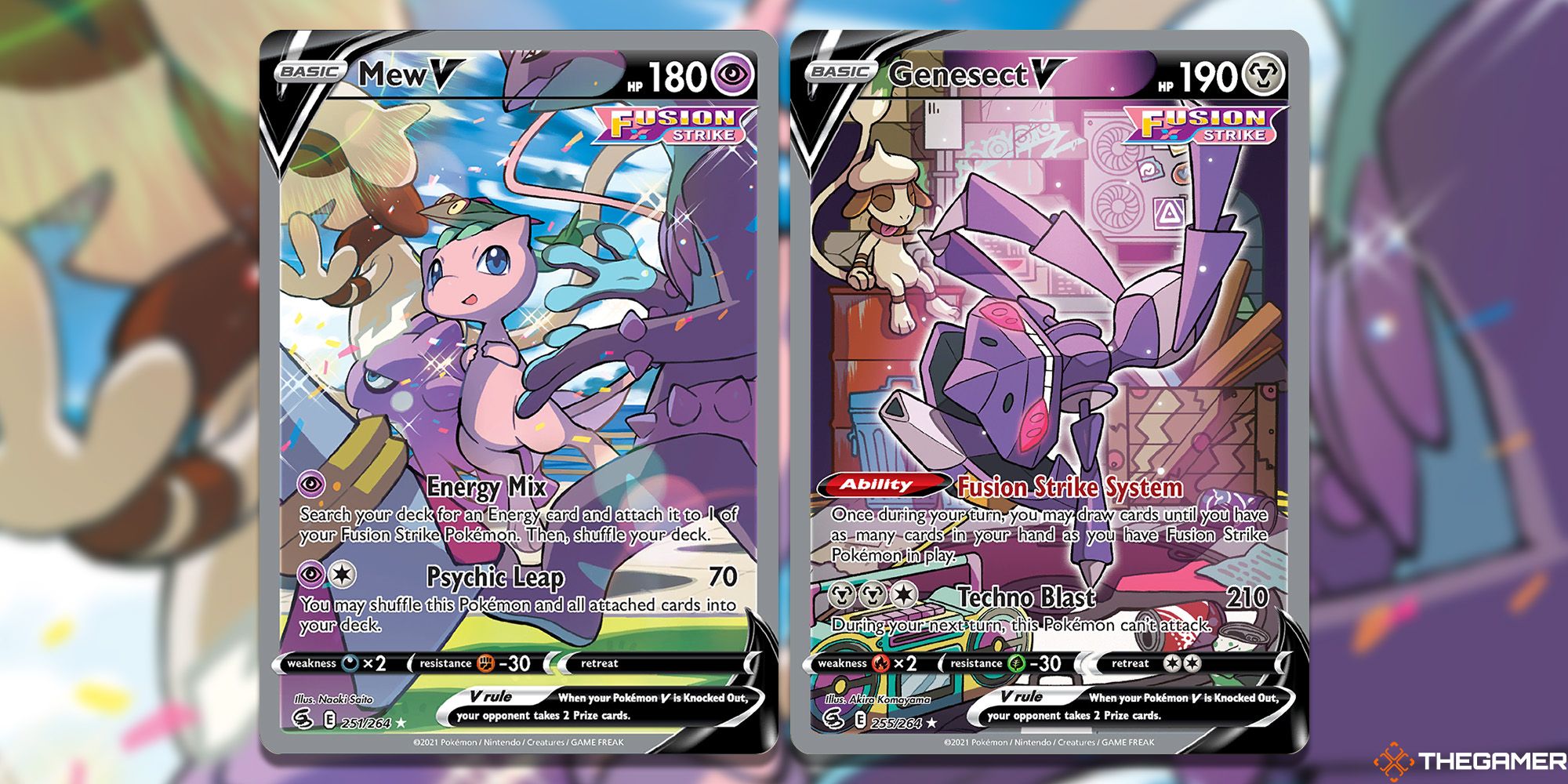 After Fusion Strike, we didn’t see our artistic friend for a little while. After all, we were off to Hisui, a region sadly devoid of Smeargles, so it wasn’t found in any cards in Brilliant Stars or Astral Radiance. It wouldn’t be until the Pokemon Go TCG that we see Smeargle again, and suddenly all that love Smeargle got a few expansions earlier makes sense.

In Pokemon Go, the only way to catch Smeargle is to have it photobomb you in the game’s snapshot feature. By using the camera to take photos of any other Pokemon, there is a chance Smeargle will pop up and ruin (or improve, if you’re a new Smeargle lover like me) your shot. Once it has, it’ll then appear as an encounter nearby, where you can catch it for real. 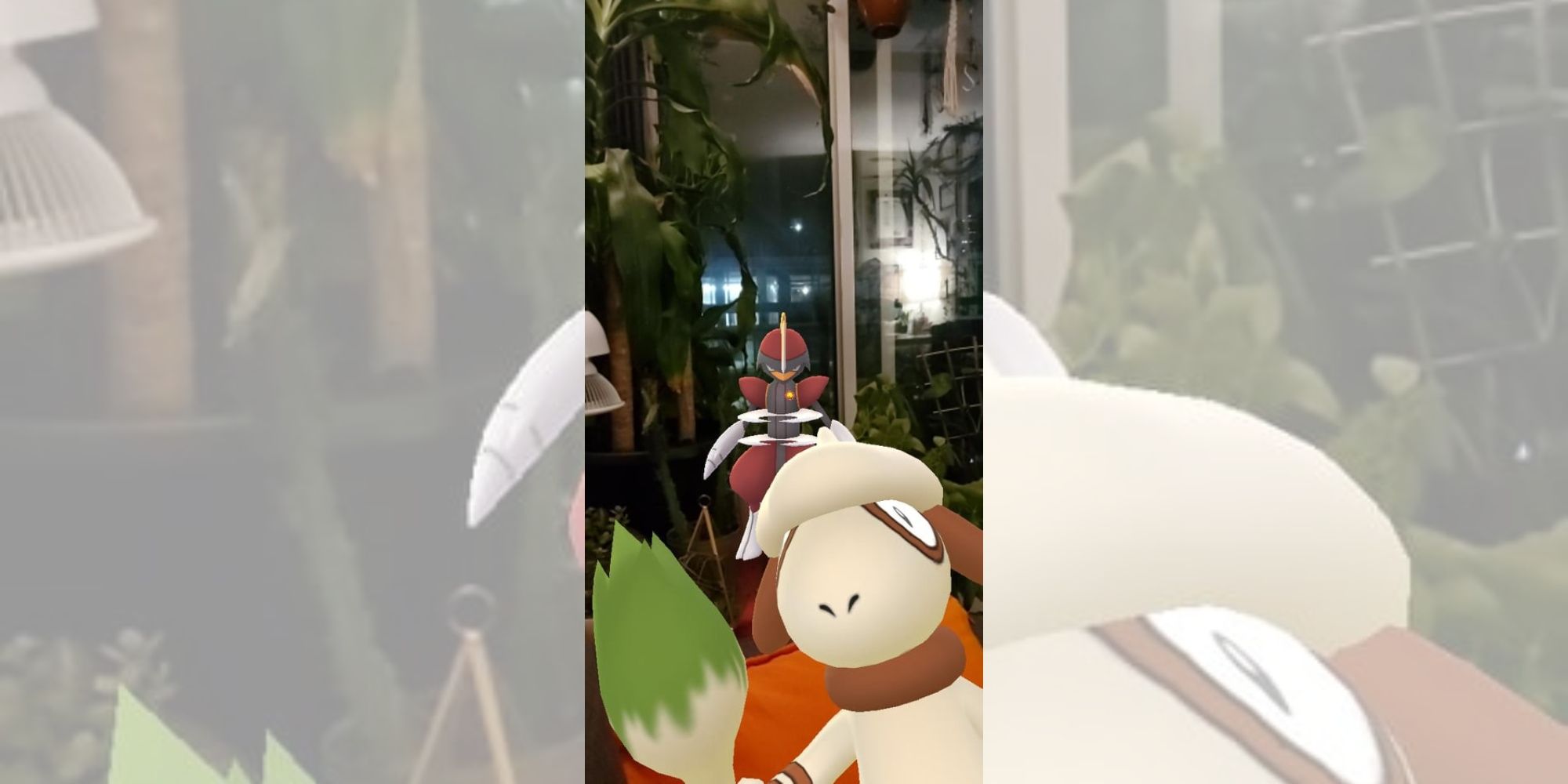 In the TCG, this is reflected by Smeargle appearing on the Bibarel card – completely taking over the frame with its adorable little tongue sticking out, an excitable look on its face as it inspects the camera that Bibarel is otherwise passive to. This could have been a single, throwaway reference in the Go expansion, but, with Bibarel, the final piece of the Smeargle puzzle falls into place: the TCG has been teasing this expansion for months, and Smeargle is the mascot. 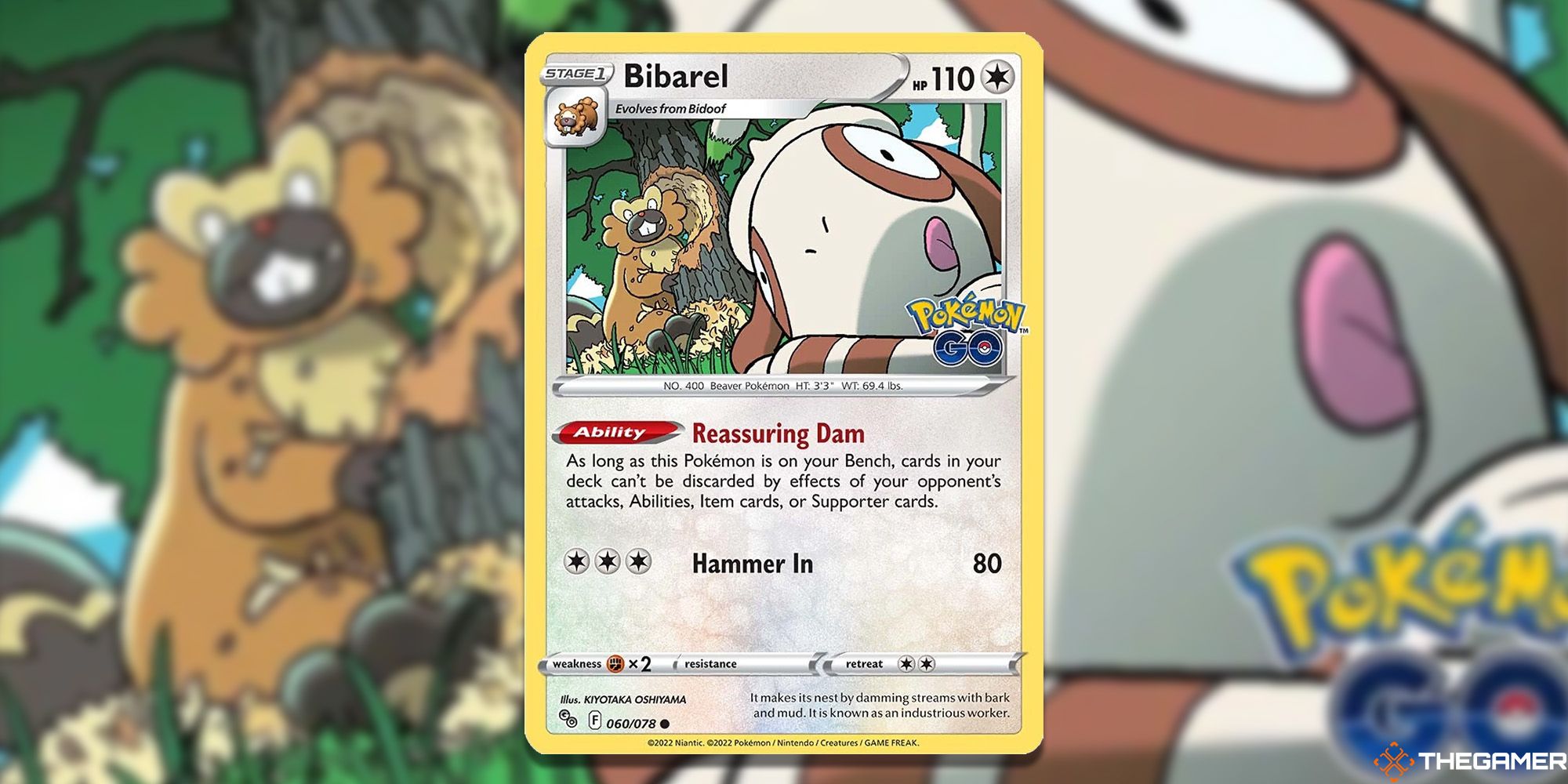 At the time of Evolving Skies and Fusion Strikes’ releases, we had no idea the Go crossover was coming. Not even Japan, which tends to get cards a few months ahead of the rest of the world, had seen them yet. It wouldn’t be until February 2022, three months after Fusion Strike, that the Go crossover would be formally announced.

Considering the only game Smeargle has ever been noteworthy in was Pokemon Go, it’s plain to see that everyone’s favourite creative canine was promoting the Pokemon Go cards before we knew they were a thing. Yet, at the end of it all, it didn’t even get its own card. It had to steal Bibarel’s to be included.

Not that it seems too bothered; Smeargle’s always just happy to be here. I hope that the TCG leans into this running gag of Smeargle popping up in the backgrounds of cards, having a whale of a time, long after the Pokemon Go crossover has come and gone.