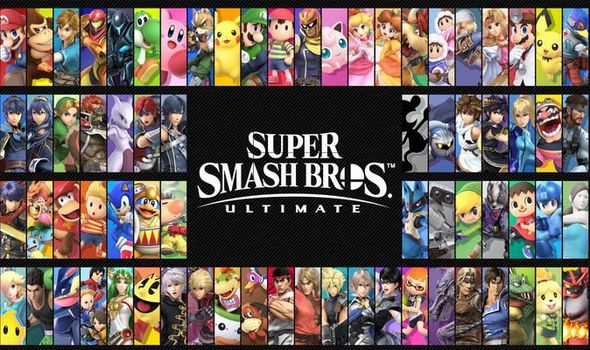 A new Nintendo Direct event is expected to be announced soon, which will focus on a number of different gaming reveals.

And fans are hoping that the next Super Smash Bros Ultimate DLC character will be among the announcements.

So far, this latest Nintendo Direct event remains a rumour, although there’s plenty of evidence to suggest that one is being planned for the coming weeks.

This has come through a number of retail leaks, as well as a rating board confirming details for games that have yet to be announced for the Nintendo Switch.

And it seems that fans don’t need to worry about any kind of delay in a Super Smash Bros Ultimate reveal either.

We still don’t know which character will be announced as part of the next Challenger Pack and when the release date will be.

The official website states that all five challenger packs will be available by next month, and this remains the only information we have on the subject.

The Nintendo posting reads: “All packs will be released by Feb. 2020, but be sure to check back for exact timing and more details.”

But the wait has been going on for such a long time that Super Smash fans have begun to worry about a potential delay.

But fans have also spotted that Challenger Pack 5 is now available for individual purchase via Nintendo.

And that would suggest that a big reveal is being worked on for the game and probably rules out a delay past February.

Other rumours have suggested that a new Nintendo Direct will be held next week by the games giant.

This comes from an unverified source and must, therefore, be taken with a big pinch of salt so as not to disappoint.

But it certainly seems possible for a big Nintendo Switch games event to be held on January 16.

And while we would expect the big Super Smash Bros Ultimate DLC to be announced during the next event for release during February, there’s always room for Nintendo to surprise its fans.

A launch in January would certainly end the speculation surrounding Fighters Pass 5 on Nintendo Switch.

So far, gamers can add a total of four additional characters to the game on Nintendo Switch, including Joker, who can summon his Persona, Arsene, and power up his attacks for a limited time.

There is also The Hero from the Dragon Quest XI, complete with the Supreme Sword of Light, and Banjo & Kazooie from the Nintendo 64 generation.

Terry Bogard was the next surprise inclusion, sourced from the Fatal Fury series of fighting games.

An alleged online leak suggests that Phoenix Wright could be the next Smash Bros DLC character.

Phoenix Wright has yet to be ruled out by leakers, so there is still a chance of there being some truth behind the rumour.

Another suggests that a bonus echo fighter for Joker will be thrown in with the new DLC announcement, confirming the fighter to be Kasumi from Persona 5.

But there’s a good chance that we won’t know which character will be filling the Smash Bros slot until Nintendo is good and ready to share it.