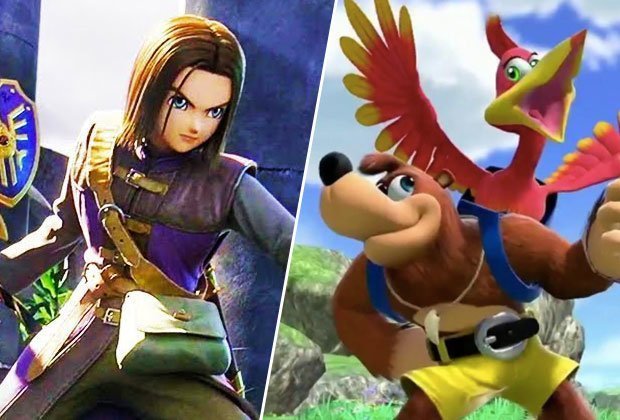 The final day brings with it the Nintendo Direct E3 2019 Conference, a pre-recorded entertainment show that occasionally features puppets. Wait, no. Well, the puppet bit is true, but the Directs are Nintendo’s way of letting us all know what is coming up and which games we need to get excited for. We can expect today’s to last around an hour, as is the normal way of things.

Nintendo’s Direct will be kicking off at 5 pm BST (That’s 9 am Pacific, 12 pm Eastern, and 6 pm CEST, for those of you not enjoying the rather dull British summer time)

Given that this year is bringing games like Fire Emblem: Three Houses, Animal Crossing for Switch, and even Pokemon Sword and Shield, it is going to be a big one. Add in the plethora of titles that Nintendo works on as a publisher and we are looking at a very packed event.

We might even see a stealth release of Cadence of Hyrule after the Direct has shown, Nintendo loves a bit of dramatic flair after all. It’s likely that we will leave the event full of knowledge, excitement, and probably bemusement too.

Smash DLC – What We Know So Far

So far we’ve only had Joker of Persona 5 fame released as part of the first lot of characters. You might remember that we also got Piranha Plant too, but they were a separate thing entirely.

That means we are due another 4 characters from the first character pass, each of which is highly likely to be from other franchises and companies rather than from Nintendo. You can assume this is the case just by looking at the last few games and seeing characters like Bayonetta, Ryu, and even Cloud Strife added into the games.

“As for me, I’ll be continuing my work on the next DLC fighter, and more information regarding that will be shared in the Nintendo Direct for E3 2019, so I hope you’re looking forward to it,” Sakurai said.

There’s plenty of rumours and suggestions for further characters coming to Ultimate ranging from DOOM Guy, Dante from DMC and even the long-awaited addition of Banjo Kazooie.

While we don’t know who we are getting – though the strongest rumours all point to a Dragon Quest character – we do know that they will come replete with a new stage, some new songs, and probably some other kind of content too.

These characters are all meant to be out by around April 2020 so Nintendo will have to be going pretty hard in order to get these all out of the door. They are probably all set in stone at this point though, otherwise, the licensing would be horrendous.

It’s quite likely that we see the release date incredibly soon, while we did get Joker in April, the release schedule means that we would need to see the next character around the middle of July to keep things spaced out well.

Of course, Nintendo is a law unto themselves so a hard and fast date may not get announced until just a few days before it actually occurs.

That being said, they do tend to give release windows in the form of a single month, so we should hopefully get something a little more concrete than what we currently have at the Direct today.