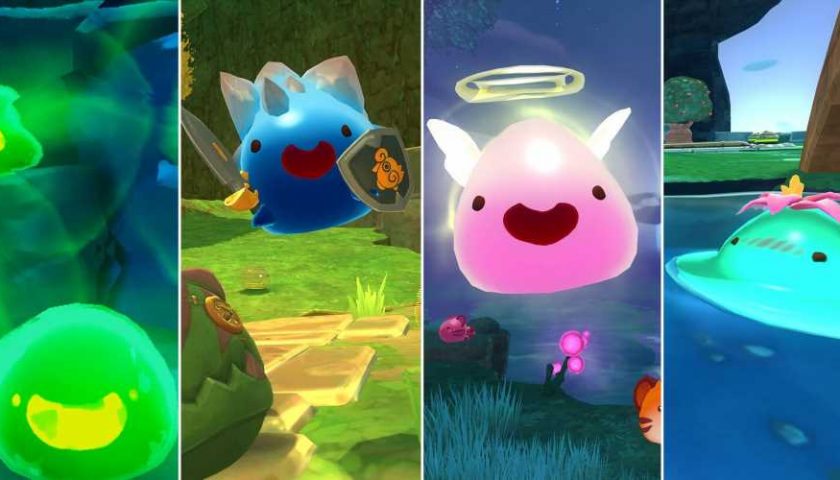 The purpose of Slime Rancher is right there in the title – run a ranch full of slimes. However, unlike the traditional farm animals, slimes are much trickier to care for and contain. They can be very picky with what they eat, and their inherent bounciness makes it easy for them to escape if you don't prep properly.

The reason you're ranching slimes is for Plorts, valuable byproducts that slimes produce periodically. Different slimes produce different Plorts which have varying values, but you don't have to sacrifice all your space to each type of slime. You can instead combine them into Largo slimes that are able to produce multiple types of Plorts at once.

Alongside the basic Slimes that you can find out in the field, you can also encounter Largo Slimes. These are a combination of multiple slime types, appearing larger and having physical distinctions based on their types. In addition to being able to produce two types of plorts at once, they also adopt the behaviors of their source slimes allowing you to adjust their diets. You can make a largo simply by feeding a slime a plort different from its own. Here are the best options. 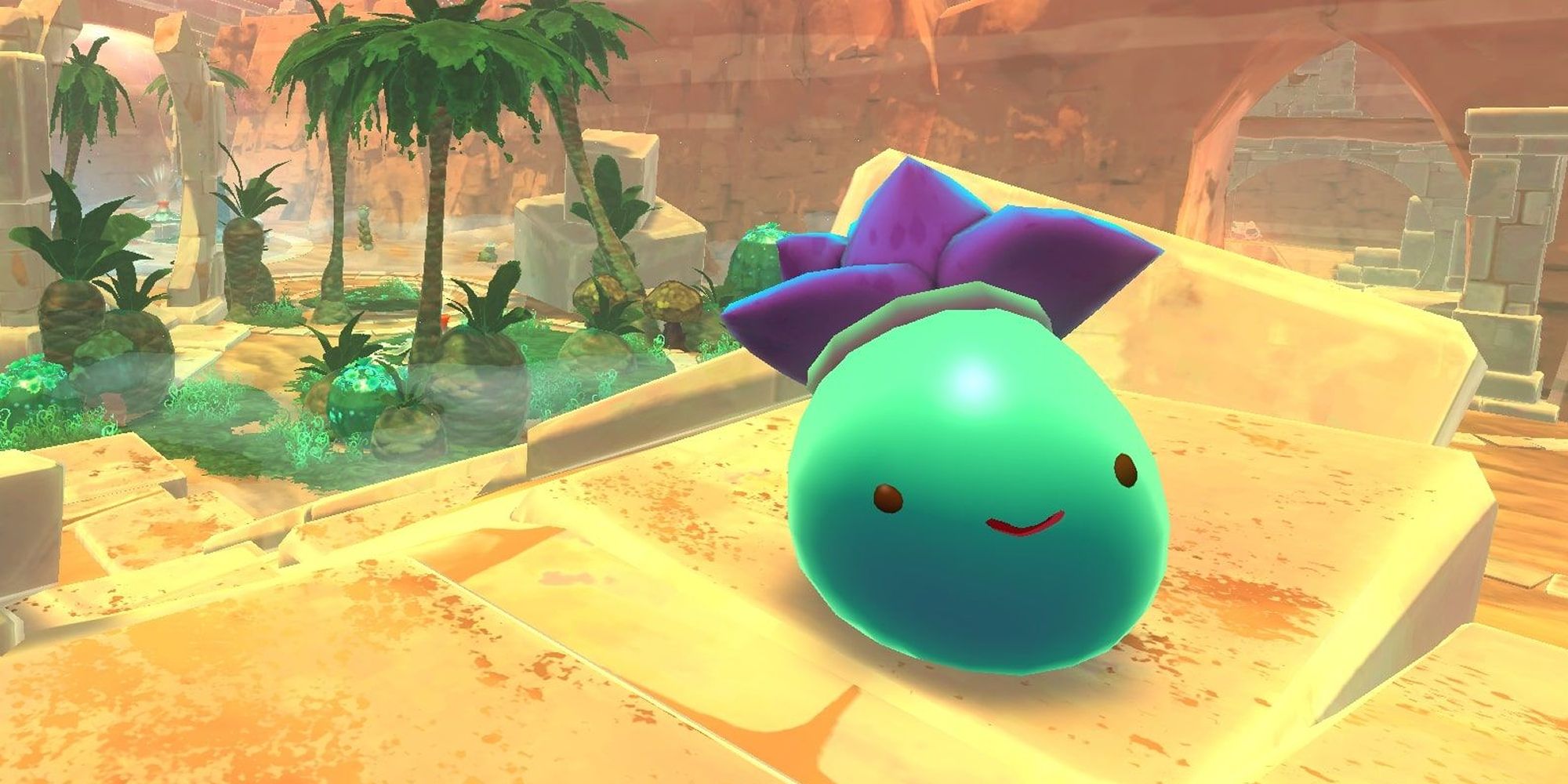 The Glass Desert is an interesting location to visit, and you're guaranteed to encounter Tangle and Dervish Slimes while you're there. Since they're both docile, it's quite easy to capture them and take them back to the ranch where you can turn them into a valuable Largo.

Their plorts are relatively valuable being worth 75 Newbucks each. In terms of characteristics, Tangles are meat-eaters while Dervishes are fruit-eaters, so turning them into a Largo will allow you to focus entirely on a fruit-based diet, specifically Prickle Pears. 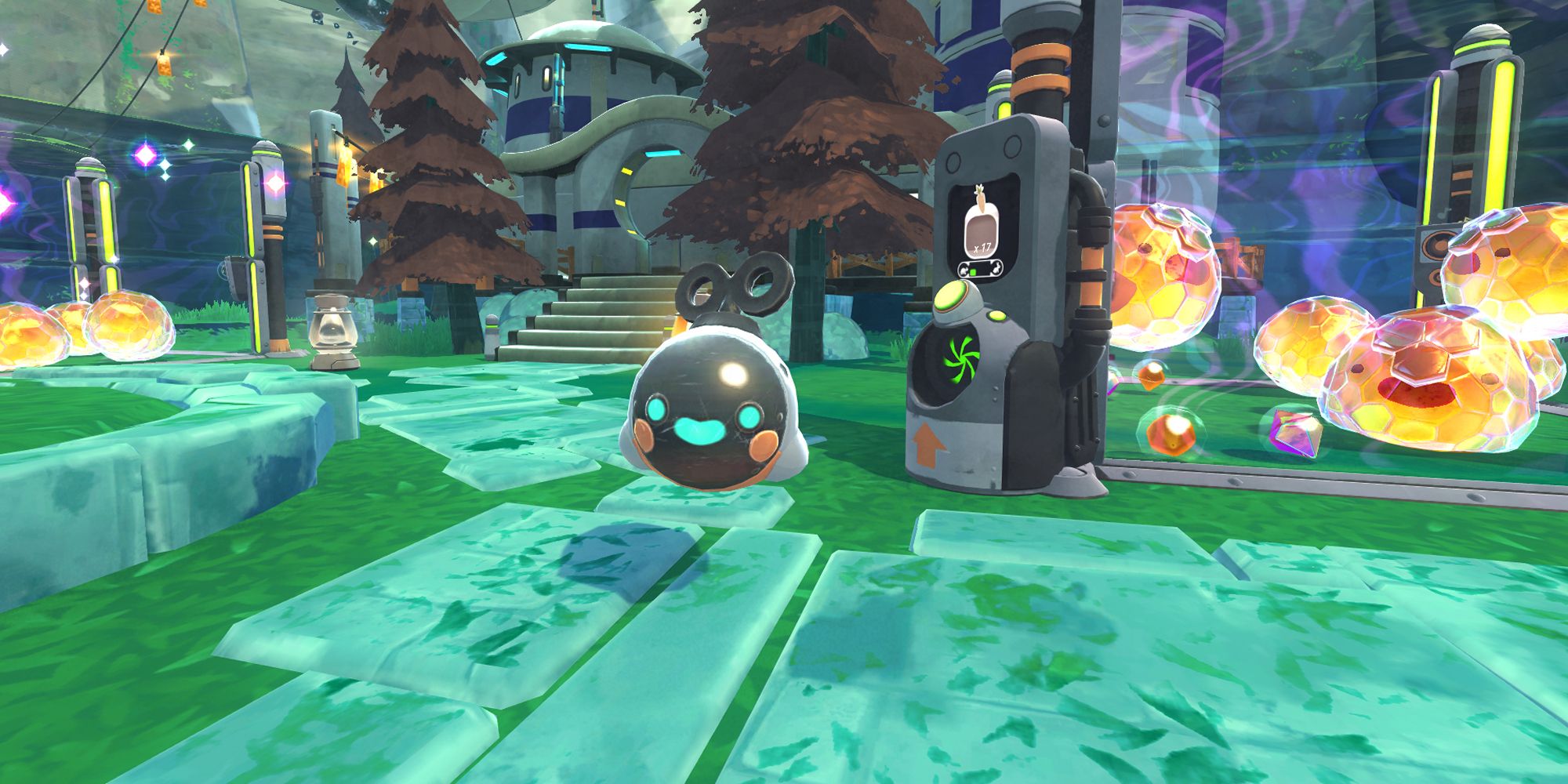 Of all the areas you'll get to explore in Slime Rancher, the Moss Blanket is where you'll spend much of your time. It's one of the first areas you'll get access to, and it's quite calm and full of a variety of slimes. This includes the sweet Honey Slime and the intimidating-sounding Hunter Slime.

Since they're both docile and encountered early on, this is a Largo you can start making to get some quick plorts valued at 45 and 60 Newbucks. This will also allow you to make their diet fruit-based with their favorite food being Mint Mango. 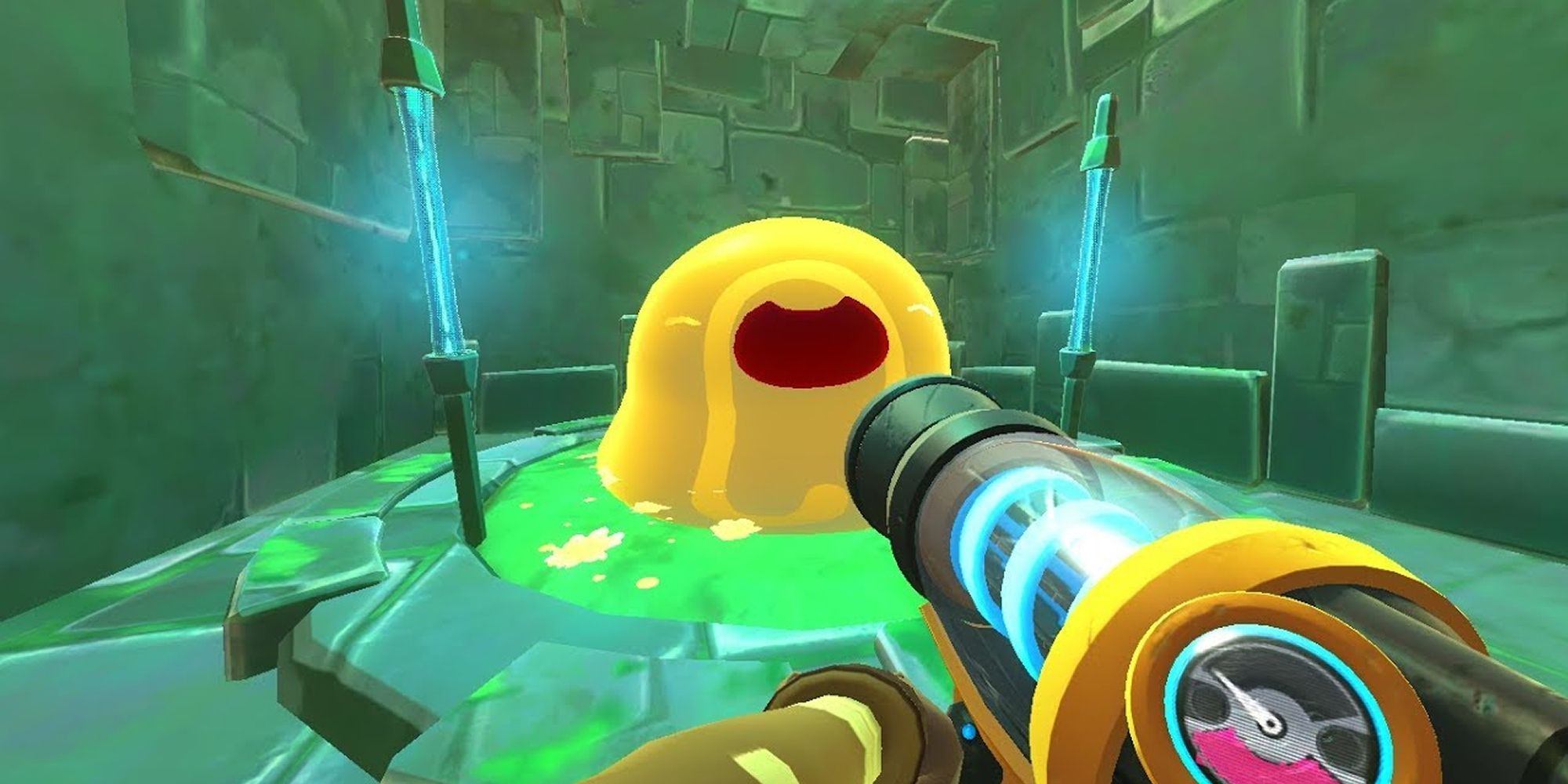 There are a bunch of different Slimes that vastly differ in power and action, so it's best to be cautious around the more unusual ones. This applies to the spiky Crystal Slimes that can be found in the Indigo Quarry and the mysterious Quantum Slimes found in the Glass Desert and Ancient Ruins.

Though the Crystal Slime is harmful and Quantum Slimes can be difficult to manage, it's worth turning them into a Largo. Though their plorts have a good value of 60 Newbucks each, these slimes' combined weakness to water makes their hazards much easier to manage. They have an easy diet of both veggies and fruits. 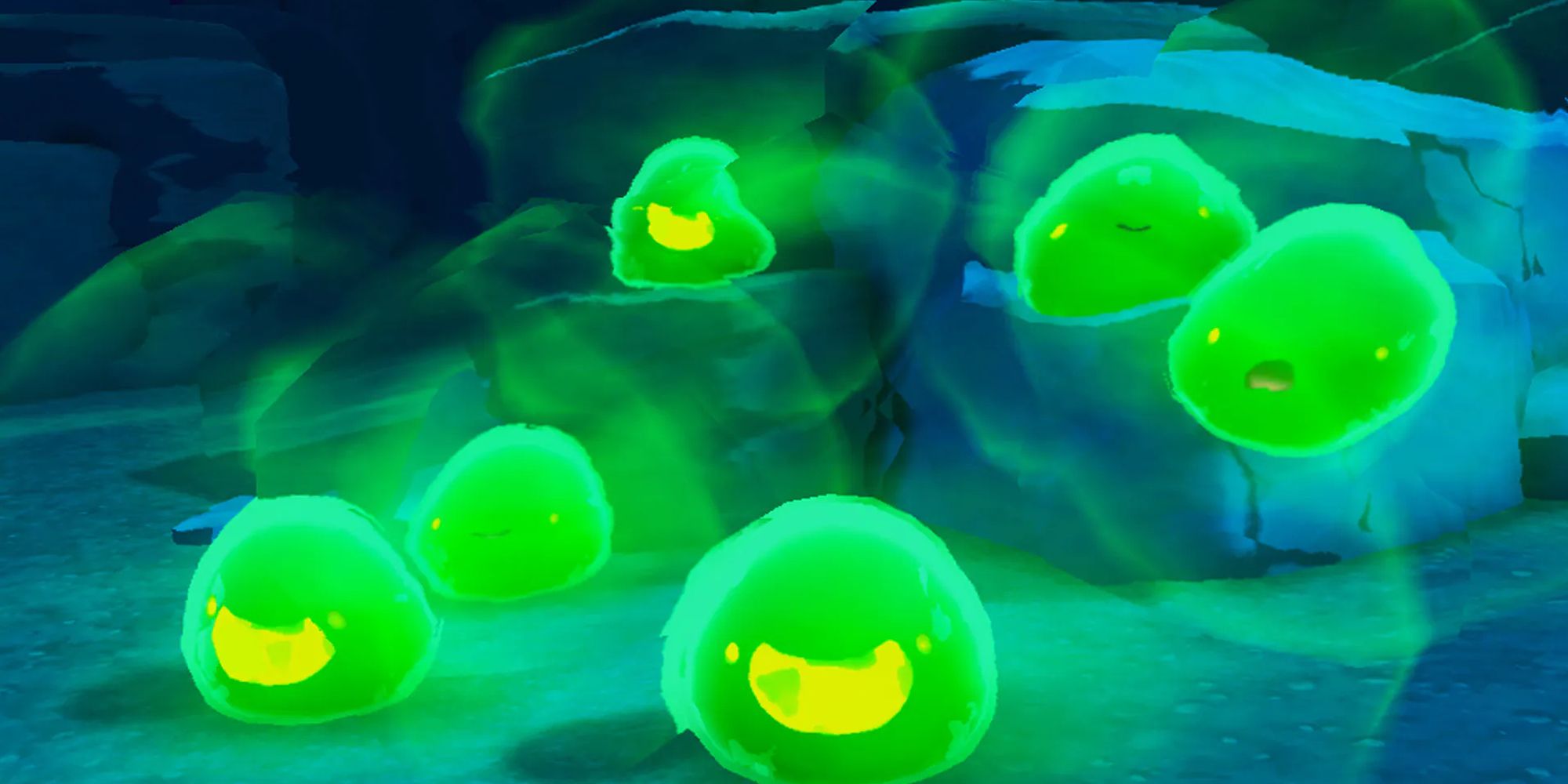 You don't need to be a scientist to know that you shouldn't mix explosives, but that's a different story in Slime Rancher. The two Slimes of Rad and Boom have some very volatile qualities which you can encounter in various areas, but both can spawn in the Indigo Quarry and Wilds.

They're both harmful in terms of exploding and giving off radiation, but combining them can make them easier to keep in check. Their plorts share a value of 45 Newbucks, their Largo can subsist on veggies, and both of their harmful energies can be suppressed with water. 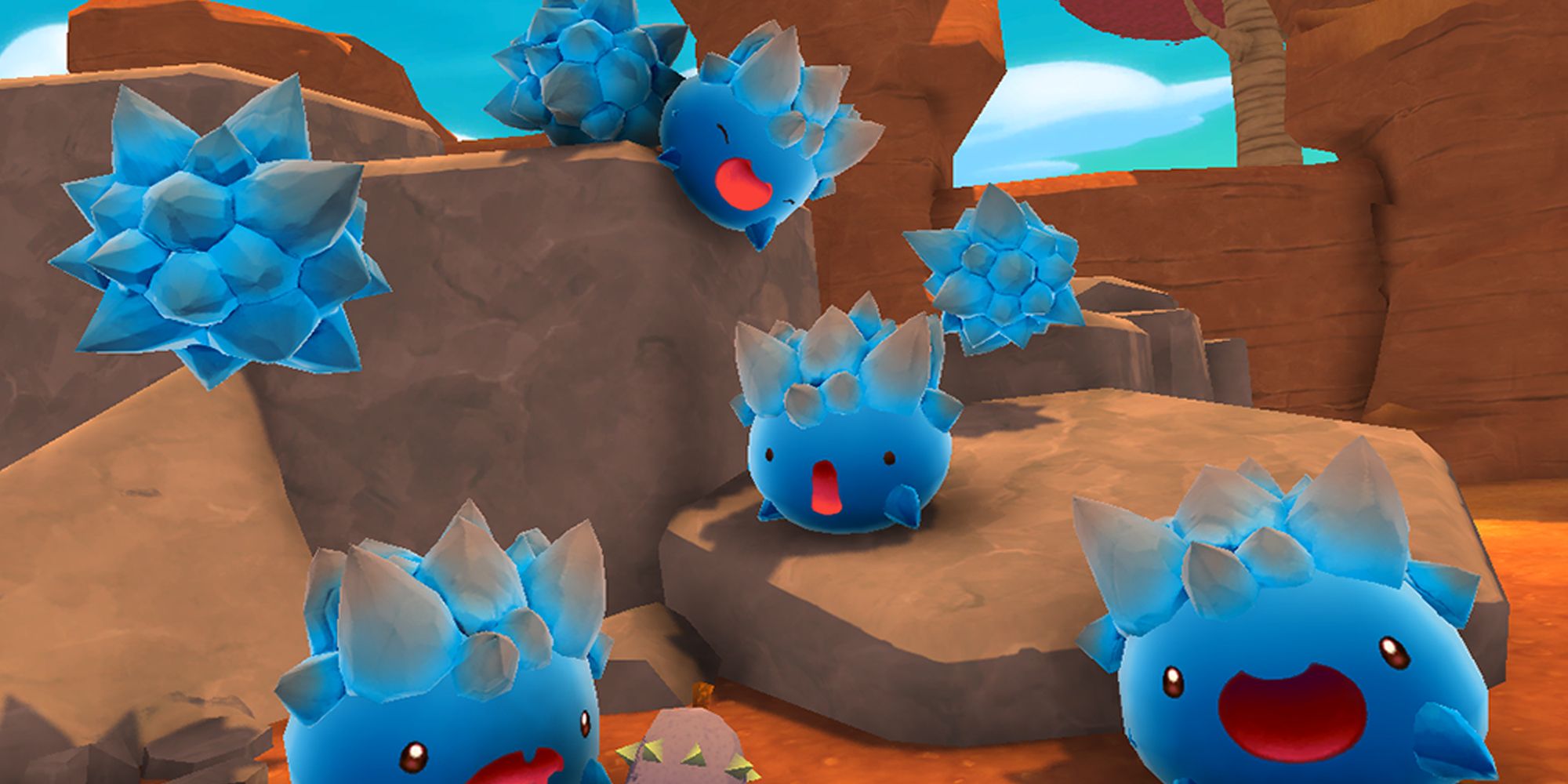 If Slime Rancher has a mascot, it's the Pink Slime. These happy blobs can be found all over alongside the grumpier Rock Slimes as distinguished by their spikes. Since these slimes can be found early on, it makes sense to combine them into a Largo to get a quick boost in plorts and Newbucks.

While Rock Slimes have a favorite food in Heart Beets, being combined with a Pink Slime makes it, so the Largo can be fed anything to produce plorts fast, netting you both 10 and 22 Newbucks. 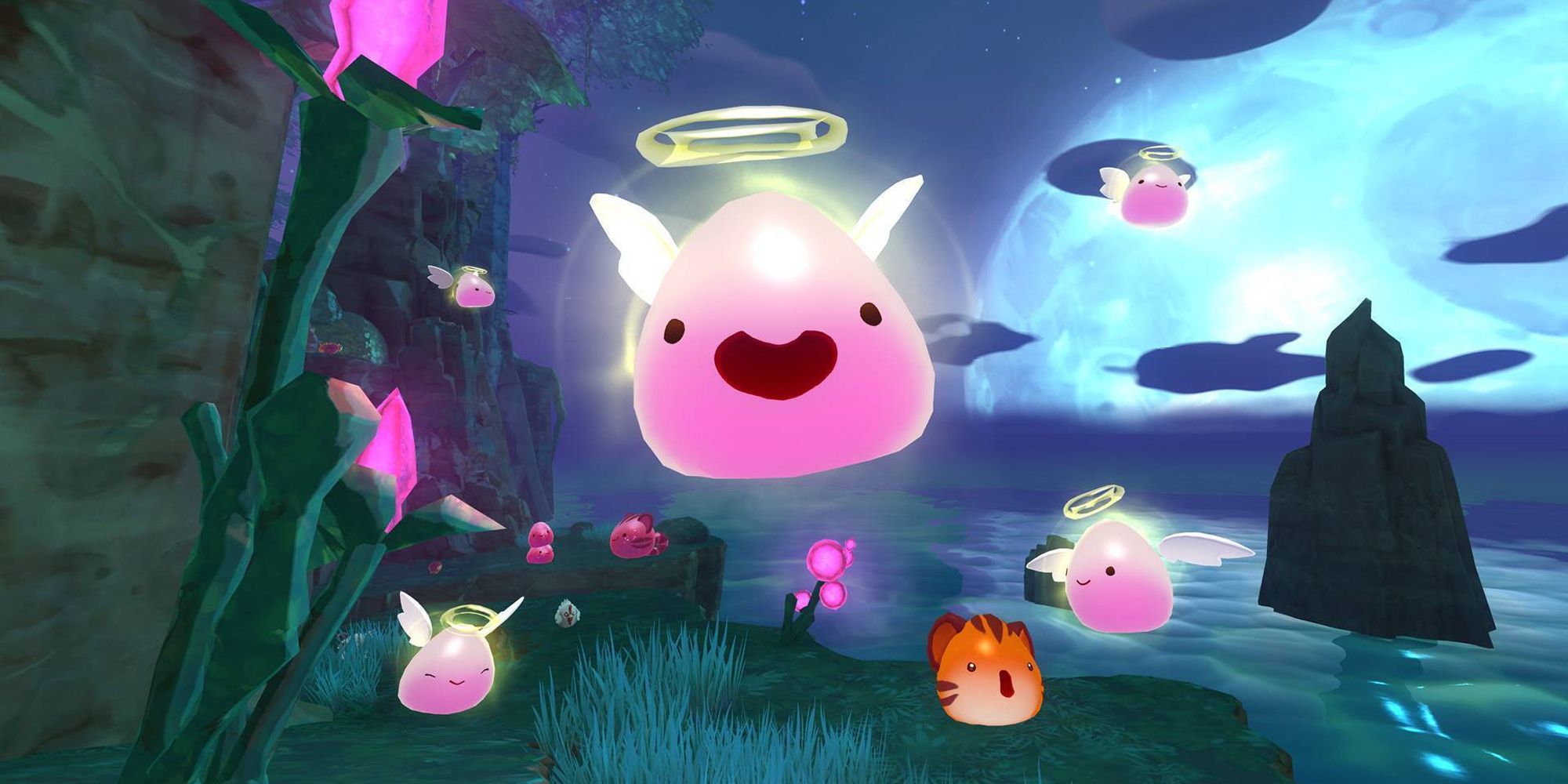 Though the Pink Slimes are quite friendly, they're not the only happy and harmless slimes you can encounter. The playful Tabby Slime which can be found all over and the night-only glowing Phosphor Slime are both cheerful in appearance and make for good Largo partners.

It's another combo that makes for a more manageable fruit-based diet with a favorite in Cuberries. Though their plorts are both worth 22 Newbucks each, the value of this combo is that it can be farmed early on for easy money. 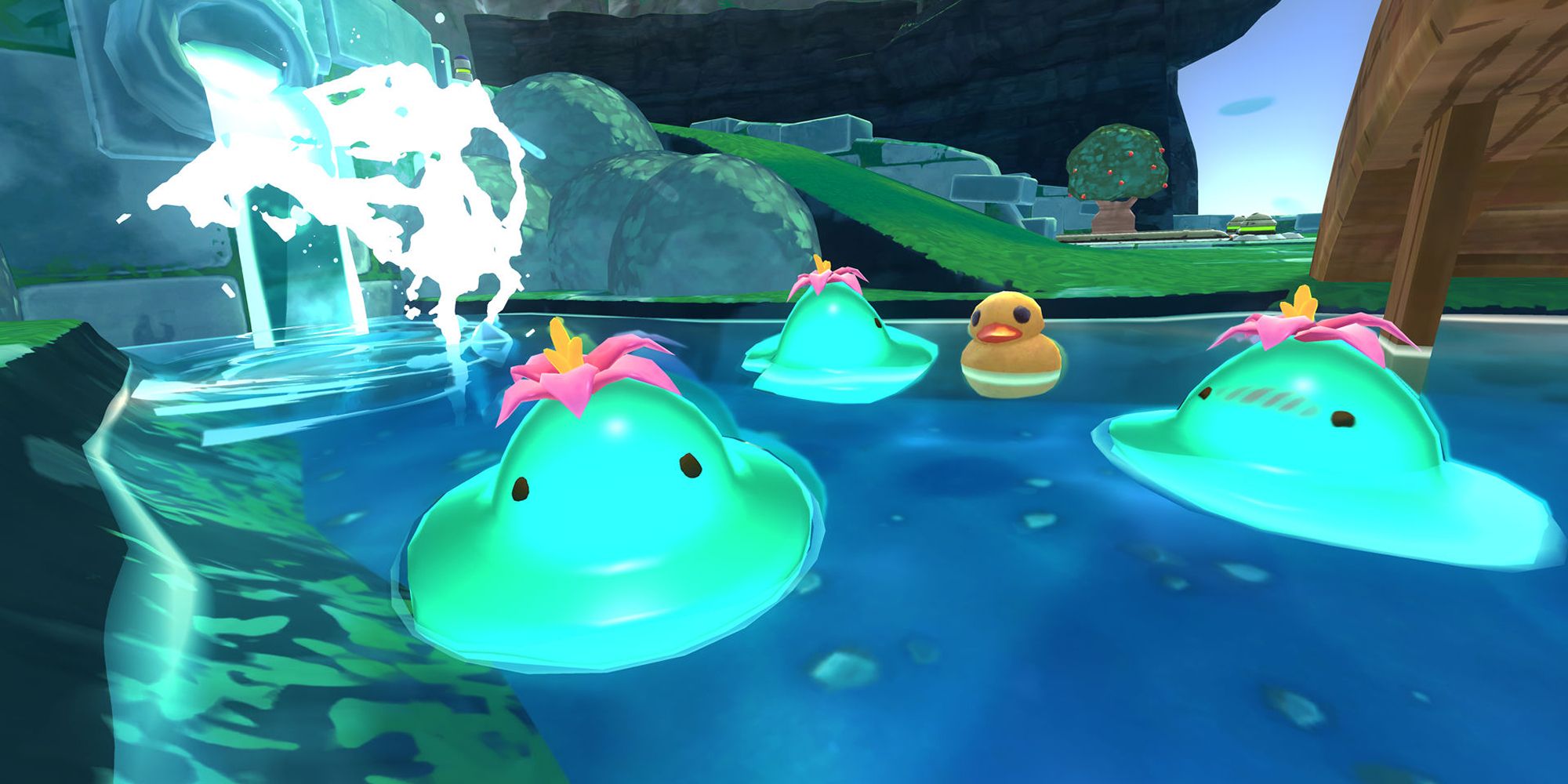 Though the world of Slime Rancher may seem bright and colorful, there is also an element of danger that can be found in harmful and feral Slimes. The fiery Mosaic Slime and the aggressive Saber Slime are examples of such dangers lurking in areas like the Glass Desert and the Wilds respectively.

You should combine these two into a Largo slime to get plorts with values of 60 and 75 Newbucks. It also makes it so that the combo will have a favorite food in Silver Parsnips to keep them happy while water can be used to keep their fiery light in check.