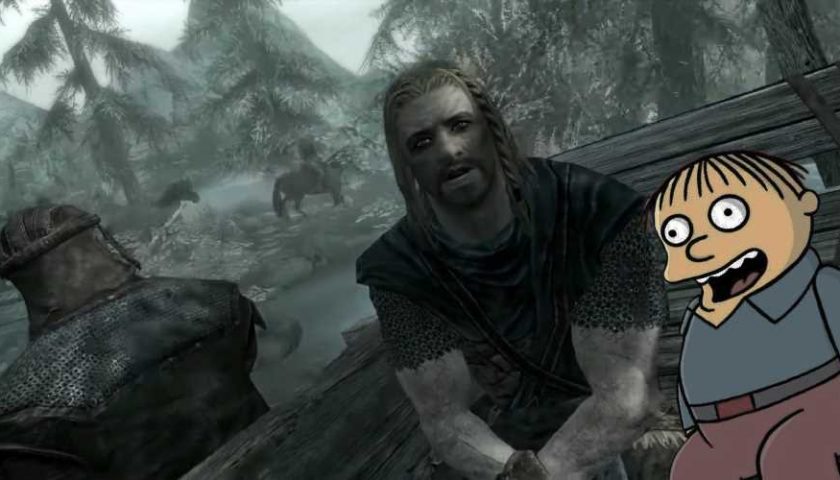 On the path to Riverwood, I decided to pop by the mines for a quick detour to get some ‘easy’ loot. The bandit at the entrance one-shot me. BACK TO HELGEN WE GO. This time, I accidentally set myself on fire in the dungeons. “Hey you, you’re finally awake” is being etched into my brain so often that I swear it’s going to start cropping up in my dreams. Anyway, we’re back to the chopping block, Alduin swoops down and saves me, and off I go. I die a couple more times but, eventually, I make it out of Helgen and into Riverwood. And I refuse to leave. No sir. I’m staying put. Sort that dragon shit out yourself, Hadvar.

Skyrim Permadeath is my own little cocktail of hell that I conjured up one weekend when deciding that maybe I’m being too nice to myself by playing it on apprentice and save scumming. Instead, I booted it up on legendary, installed Frostfall and a few other survival mods, disabled fast travel, and gave myself a pretty strict rule – if you die, you start over. That also means no going back to old saves. I have to manage my hunger, sickness, and temperature while not being able to take too harsh a risk because if I die, that’s it. Spoilers – I didn’t beat the game. It beat me.

I’m telling you that now because I didn’t bother with the main quest. I did it up to a point, unlocking dragons, which in hindsight was a bad idea – I’ll get to that. Instead, I decided to build up my character to be as strong as possible before daring to attempt the main quest, knowing full well that I’d be contending with the Forsworn. It actually got off to a pretty boring start. I helped Faendal win over his love by framing Sven as a sexist pig, then I used Faendal to train up my archery while pocketing the gold I paid him, boosting my level easily without needing to risk combat. Then I killed him. 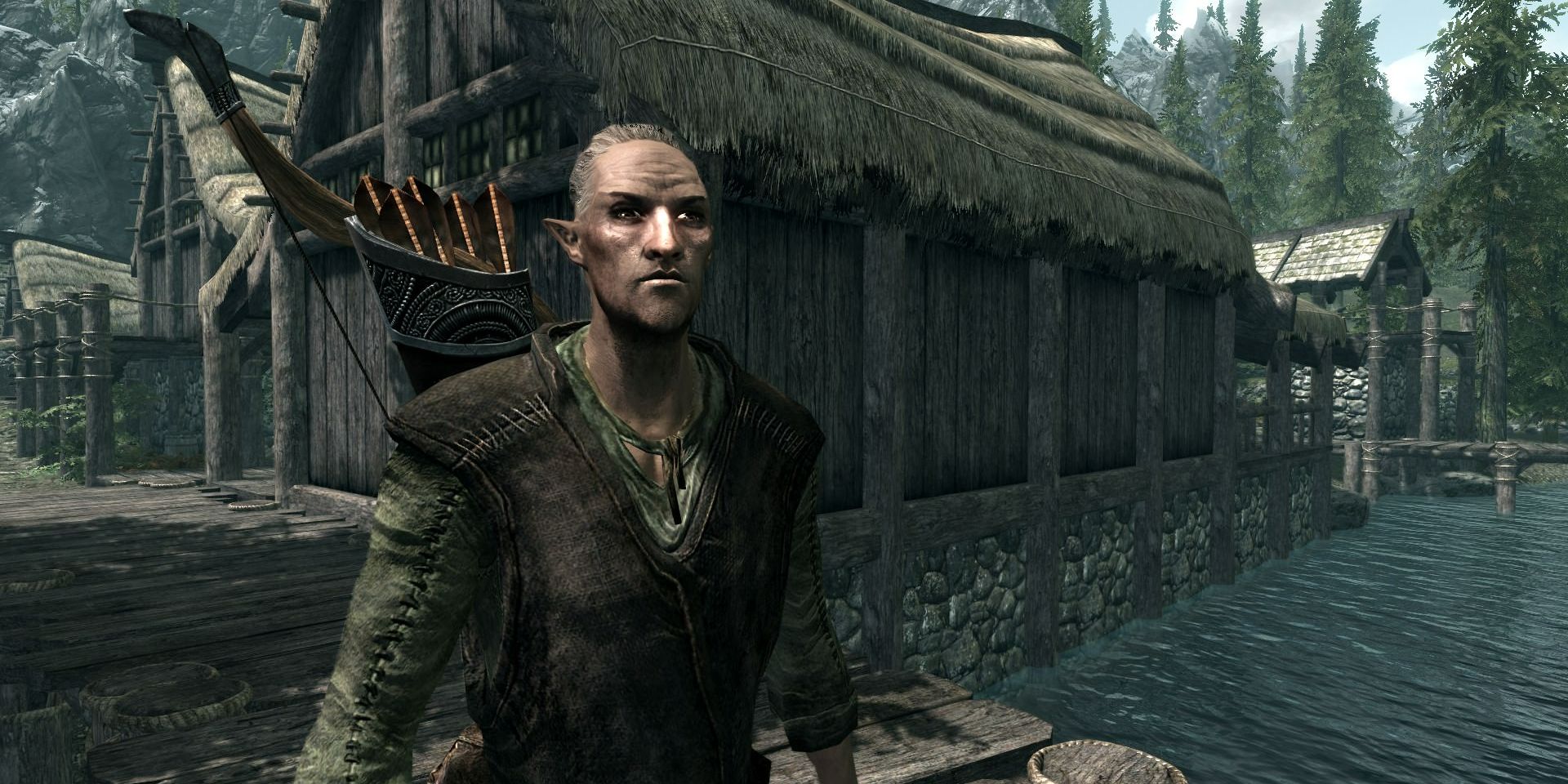 I have a mod that makes humans, elves, and other playable races drop ‘flesh’ and other grimy innards that I could then cook up in a hearty stew. So Faendal wasn’t just free levels, but free food. Not only did this run turn me into a coward, but a heartless cannibal. Maybe it’s a good thing I kept dying. After I killed Faendal, I was done with Riverwood. There wasn’t much left there to do aside from rob everyone, but I didn’t want to risk getting caught and brutally murdered by a town mob. Off to Whiterun I go.

I made it, talked to the Jarl, got sent to fetch the tablet, brought it back after a few near-death experiences, and fought off the dragon at the watchtower by hiding inside while the town guards did all the dirty work. And with that, the real Skyrim experience started. I’d planned this out to the letter, with my next stop being Windhelm so I could get a good weapon. Originally, I’d planned to get Molag Bal’s Mace or maybe Mehrune Dagon’s Dagger, but Daedric artefact quests unlock at a higher level and include tougher enemies, both of which terrified me. Instead, I went to get the Dark Brotherhood contract – I might not feel comfortable facing off against Falmer or Dwemer constructs, but I can take a mean old prick in an orphanage.

The plan was pretty simple: join the Dark Brotherhood, pickpocket the Blade of Woe, max out sneak and one-handed, one-shot everything. Easy. Nope. A dragon attacked Falkreath and burned me to death before I could reach the sanctuary. Fuck this. Back to apprentice difficulty and save scumming I go. Actually, maybe playing as a mudcrab would be fun.