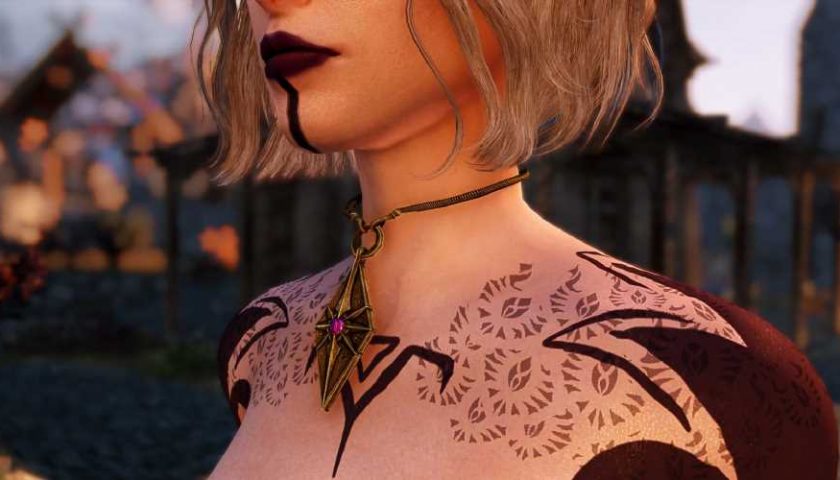 If Skyrim's missing one thing, it's chokers. There are vampires, cults, moody assassins worshipping the void, and all other manner of gothic designs, but no chokers. Deko's mod seeks to change that.

Choke Me Daddy is the result of frustration over not being able to find a single choker mod on the Nexus website: "Even if I was able to find some mods, they were always the 'additional' thing, never truly implemented into the gameplay," Deko wrote. "I would rather be wearing something with buffs, so I made this simple replacer to change all the useful vanilla amulets into something more attractive."

It swaps out the Akatosh, Ancient Nord, Arkay, Dibella, Elder Council, Julianos, Kynareth, Mara, Necromancer, Stendarr, Talisman of Treachery, Talos, Zenistar, gold, silver, vampire, Hawk, Skaal, and East Empire Company necklaces—now you can worship the divines in style. And what's more, Deko claims that it "should be compatible with almost anything including retextures of vanilla amulets." 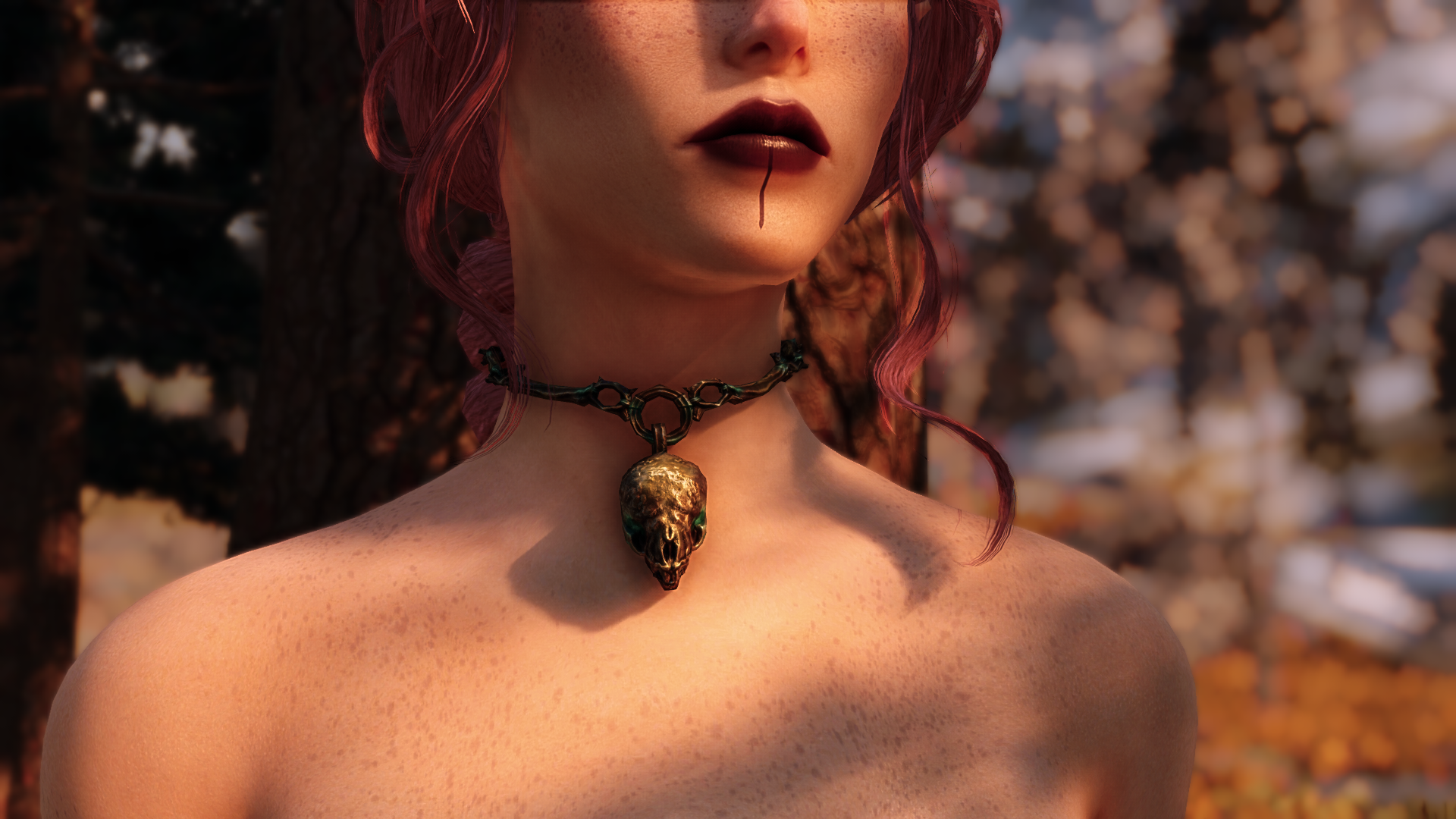 The catch is that it only works on women, but maybe we'll see men get the choker treatment too. You can already splash eyeliner and face paint on your male characters, so it wouldn't be far-fetched to complete that emo rock look with a choker and some studded jeans. You might look out of place in Tamriel, but we're out here slaying dragons, so fashion is paramount.

As seen in the images embedded above and on the mod page, Choke Me Daddy doesn't get rid of the symbols and designs, but rather turns the necklaces into chokers with the talismans dangling in the centre. You can still display your love for Stendarr while wearing one, so while it's listed as "not lore-friendly", it doesn't remove these icons of worship.

And it doesn't just apply to the player—if you wanted to, you could spruce your companions up with chokers, maybe even digging into the game files to give your favourite NPCs one. The whole of Skyrim can be a gothic haven if you dive deep enough into modding.