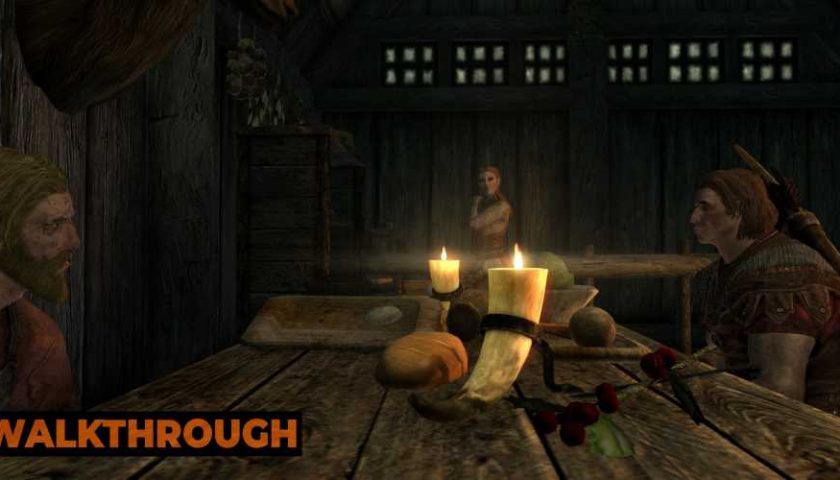 Having avoided your execution by the skin of your teeth thanks to a timely intervention from a dragon, the time has come to decide what to do next. Skyrim is yours to inhabit and what happens next is entirely up to you. But, if this is your first time, listen to your companion's advice.

They will suggest heading to the nearby town of Riverwood to look for help and tell everyone that the dragons have returned before they bolt off. Stay with them if you like, but this guide will give you some alternative choices about what to do instead.

How To Get To Riverwood 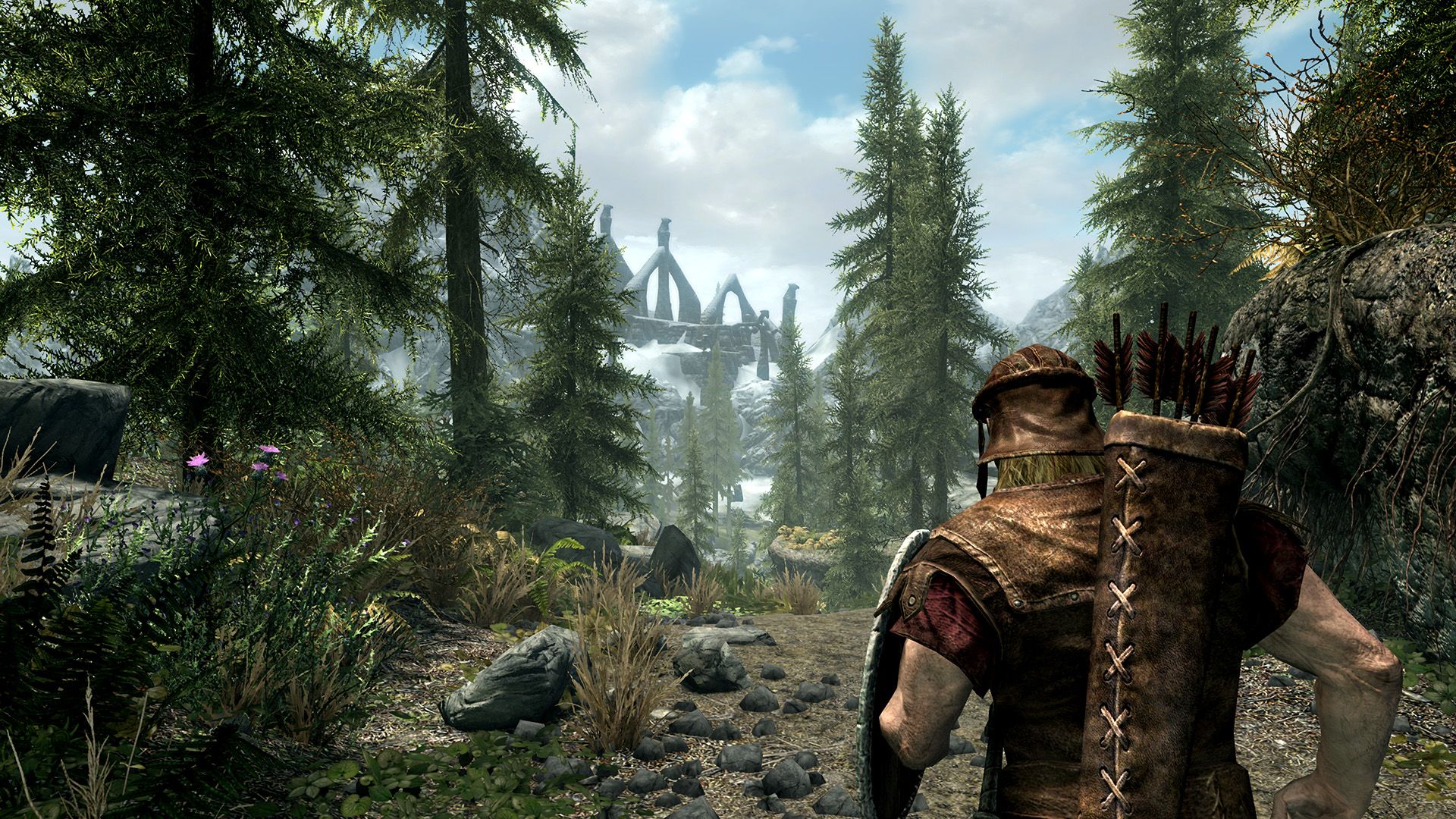 If all you want to do is book it to Riverwood as fast as you can, just follow the quest marker there. Doing so would be a waste of the opportunities you can find along the way, though. As it stands, you're a little on the weak side right now. Without any skills leveled up and holding on to the equipment scrounged up from Helgen Keep, you'll want to get some experience and new gear.

You can really do whatever you want. Join up with the Stormcloak Rebellion or Imperial Legion to take part in the Civil War, visit any of the Hold Capitals, join a faction or just wander. It's all up to you.

The best way to do that is to follow your companion down the path north until you reach a cobbled road. Continuing north until you reach a river will lead you to the Guardian Stones. They are Standing Stones, magic monuments scattered throughout Skyrim that offer unique benefits to the Dragonborn. These Standing Stones offer benefits that are perfect for starting out.

The most obvious choice is to pick the stone that matches what your Dragonborn will specialize in. For example, if you want to wear heavy armor and swing two-handed swords, the Warrior Stone would make you excel in that area more quickly.

If, on the other hand, you want to have a Dragonborn that uses skills from across the three fields, such as fighting with one-handed swords mixed with destruction magic, pick the Stone that matches what you'll use least.

At this level, your limited Magicka reserves would make it harder to level your magic-related skills, making the Mage Stone the better choice. 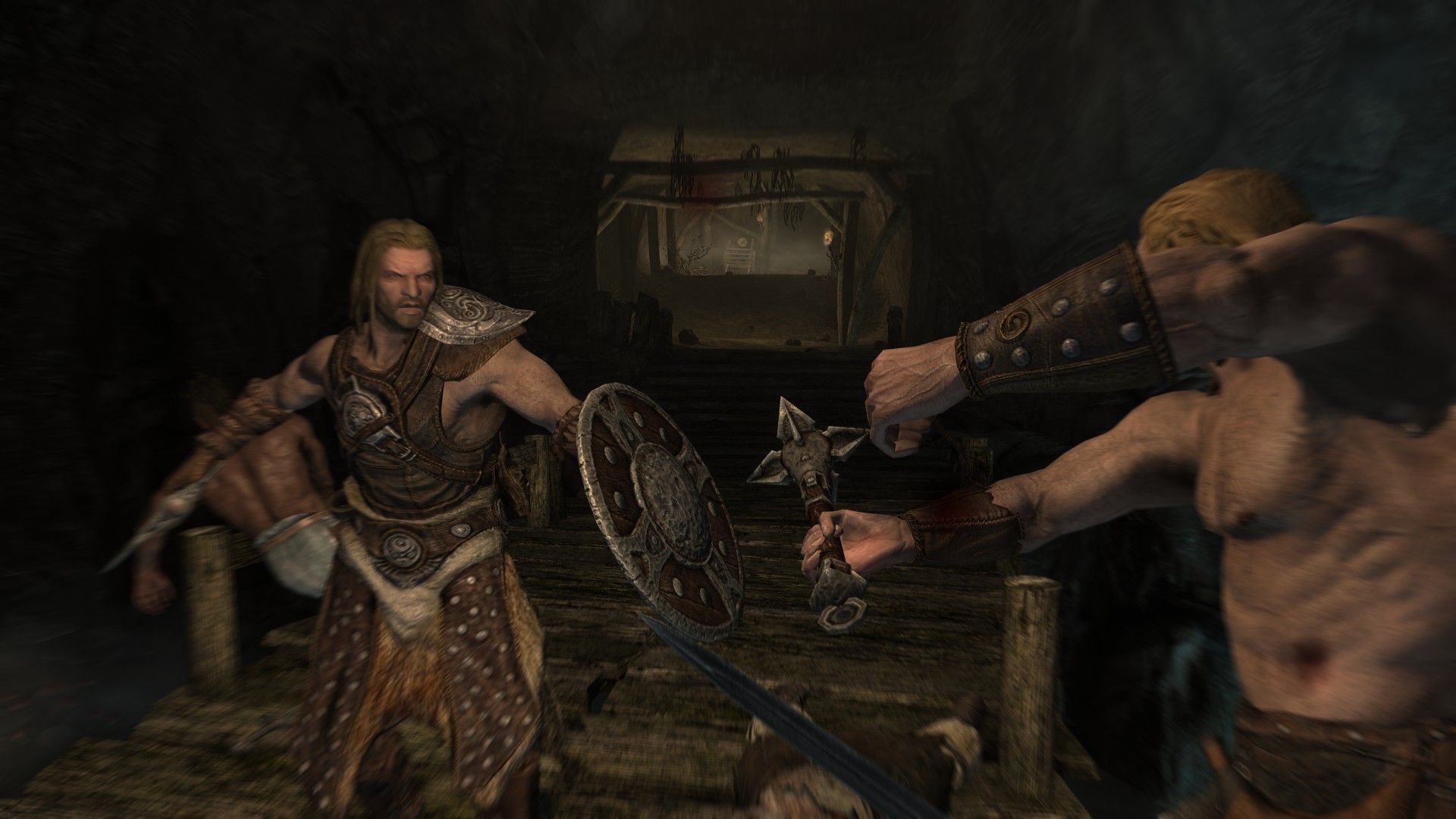 Riverwood is waiting just down the road, but we can ignore it in favor of visiting Embershard Mine. You'll be able to see it represented on your compass as a crossed pickaxe and hammer to the east of the Guardian Stones. There will be a hostile bandit waiting for you at the entrance. It won't take long to make quick work of them.

Save before entering and good luck.

Inside, you'll find bandits to loot, chests to plunder, and iron ore if you want to smith your own equipment. If you're stuck at the raised bridge, the solution is to look for a lever found in a room found at the end of the path found on the right of the raised bridge.

Look out for the Clairvoyance spell tome in the locked room after the drop bridge. It's a rare illusion spell that lays out the shortest path to your quest objective.

The rest of the mine should be easy to navigate, and the enemies should not be too challenging as long as you don't try fighting all of them at once. With luck, your skills will have improved from clearing out the dungeon. You should be able to see Riverwood when you head out.

What To Do In Riverwood 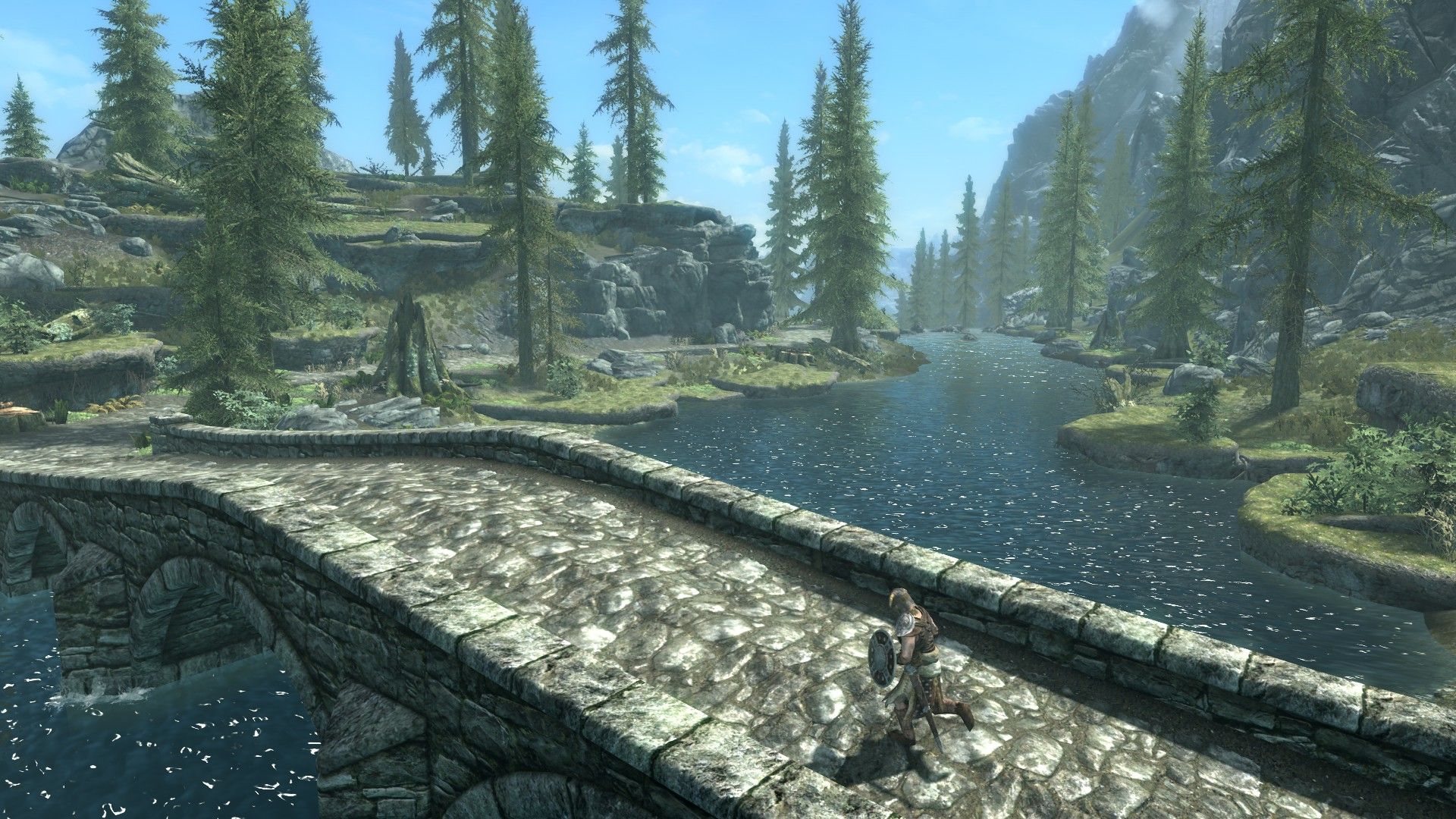 The small riverside town may seem like a sleepy backwater, but it has some interesting encounters to offer. Regardless of how you get to Riverwood, you'll need to find your companion's family member.

Interact with them to start a conversation where they'll tell you to bring word of the dragon attack to the Jarl of Whiterun. From here, the quest will update, giving you a marker to the city. You may ask them for supplies to help you reach Whiterun. They'll share valuable items, including healing potions, if you want to take advantage of their generosity. You could head there immediately, but you could also explore the town to prepare for the journey ahead.

Starting The Golden Claw will let you skip a large portion of the next Main Story Quest.

With your business in Riverwood concluded, follow the river north to Whiterun.

How To Get To Whiterun 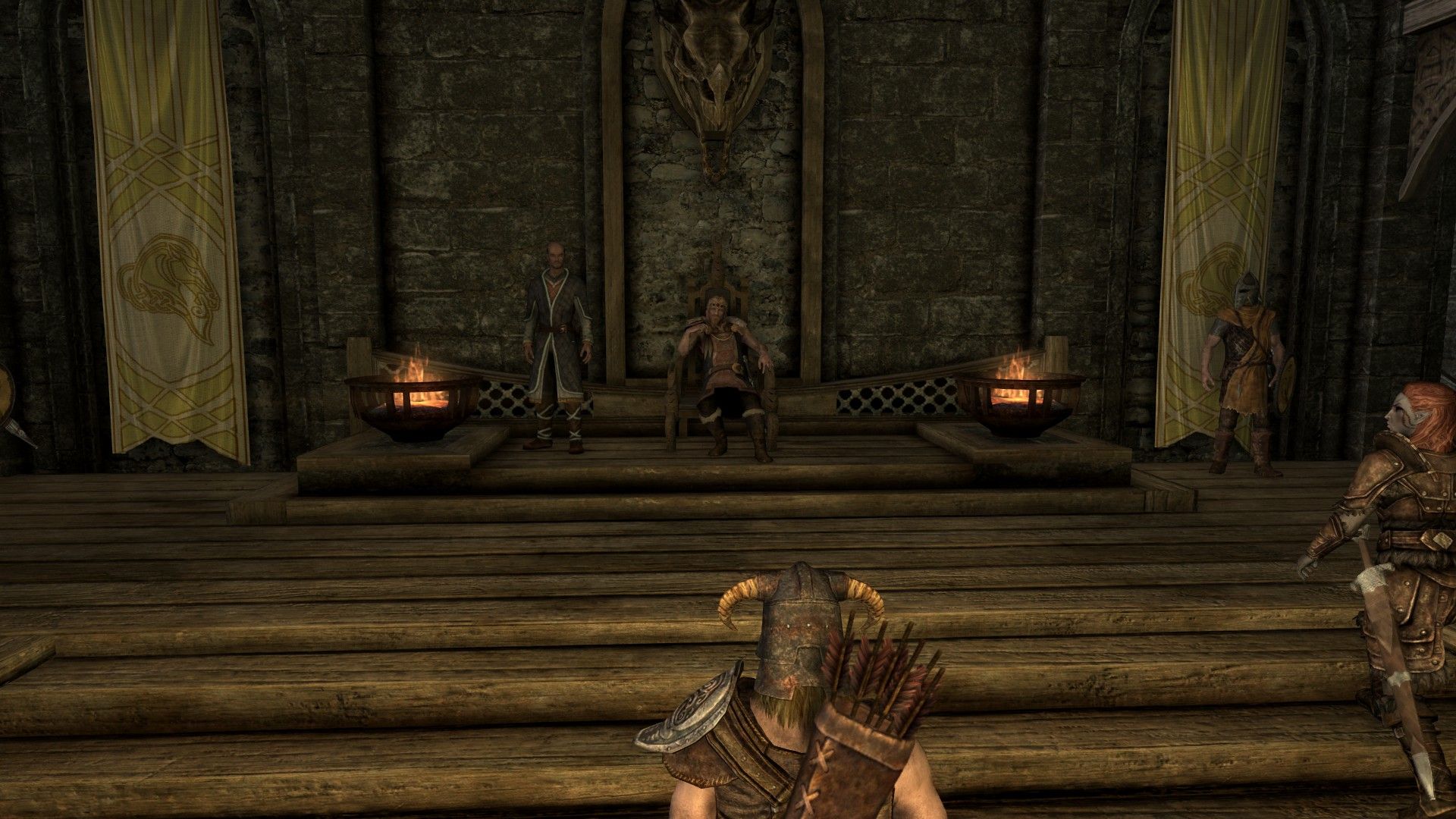 The Hold Capital is hard to miss. Its keep, Dragonsreach, towers over the plains surrounding the city. Follow the river until you reach a crossroads and go west. Along the way, you may meet a group of warriors fighting a giant at a farm. Intervene to earn a little respect from them and an introduction to their guild, The Companions of Jorrvaskr.

Keep following the road to reach the city gates, where a guard will challenge you. Telling him that Riverwood sent you or that a dragon attacked Helgen will be enough to get you in. Once there, head through the city and keep going until you reach Dragonsreach where you can find the Jarl. After some dialogue, he will thank you and give a reward, ending the quest.