I don’t remember much about the physical experience of playing Journey, Thatgamecompany’s stylized 2012 PlayStation 3 masterpiece about a pilgrimage up a distant light-crowned peak. I remember the emotion, though, and that memory sometimes leads me to describe it as “the religious experience as game.” I wept during the credits. I let the music sweep me away, and I felt love for the nameless player who trudged with me up the mountainside. And in that flood of emotion, the last things thought about were the controls.

After an eight-year absence, Thatgamecompany has a new game out called Sky: Children of the Light, and I suppose we in the Appleverse should be grateful that it came to iOS first. As we’ve come to expect from the studio, it’s lovely, both in sight and sound. Its tale of returning souls to constellations champions empathy, flying, and puzzle-solving, not combat, and almost moment is worthy of a screenshot. Much like Journey, it strips multiplayer interactions of voice and text and leaves us with the universal language of gestures and actions. It’s a wonderful game.

Sky is currently an iOS-only game, though, and so I can’t forget the physical experience. I can’t forget the sight of my earthy thumbs—the nails stained with ink and perhaps needing trimming— as they smother the heavenly scenery unfolding on my iPhone XS Max’s display. Too often I’ve failed to lose myself in the moment because I’m too busy fumbling with the controls or because I’m struggling to hit the exact spot to trigger the screenshot mode. In quiet moments when I probably should be lost in contemplation, I’m instead reaching for a microfiber cloth so I can wipe the fingerprints from the screen. Rather than giving me something akin to an out-of-body experience, it makes me uncomfortably aware of my body. So much for transcendence.

On the bright side, this is the normal gameplay interface. I’d hardly call it “cluttered.”

This wouldn’t be happening if Thatgamecompany had offered both touch controls and controller gameplay right from the beginning. As it is, on iOS we’re stuck using touch controls for everything. I could maybe understand the absence of controller support if Sky were designed as a permanent iOS exclusive, but it’s not. Almost every future version will use controllers, but this feels like the “port.” Apple itself first revealed Sky in 2017 as a means of showing off the graphical prowess of the Apple TV 4K (and yet we still don’t have an Apple TV release, and, notably, Apple showed how people could play it with one hand using the Apple TV Remote). Sometime in the future it’ll also make its way to the Android, Mac, PC, Xbox One, PlayStation 4, and Nintendo Switch. It’s safe to say that we won’t have to smother the screens with our fingers in order to play in most of those cases.

None of this is to say that the controls are bad within the context of touch controls. Thatgamecompany even gives players two options for playing with two hands, and there’s a one-handed option for those who want to enjoy the scenery more. But the experience is never so elegant as using a gamepad, and it’s worth noting that the controls are the target of the few complaints sprinkled about its almost 12,000 positive reviews on the App Store.

I wish my thumbs were that small.

When I asked why Sky didn’t launch with controller support, Thatgamecompany emphasized the attention it gave to the onscreen interface.

“Due to development timings we focused on the touchscreen experience to make it broadly accessible to as many players as possible, and we provided a dual-stick controller in-game as a launch system for more advanced players to make a start with,” a representative said.

An option for controller support, though, would have made Sky even more broadly accessible and appealing. At least Thatgamecompany acknowledges that it’s working on controller support, but that comes as no surprise in the context of the future releases.

“Certainly we have kept our eye on iOS13 and controller systems, and we are exploring it,” the representative said. “In developing Sky for the Mac, we have been utilizing the controller support for Mac during its beta phase.”

It’s a curious year to release such a highly anticipated iOS game solely with touch controls. Controller use on iOS and general mobile devices has been a big topic this year, not only because of the arrival of remote play apps like Steam Link and PS4 Remote Play on the App Store but also because of the hubbub over streaming services like Google Stadia. All of these services essentially turn your phone into a traditional gaming console, so long as you have the right controller (and a good connection). On the horizon, we have Apple’s own Apple Arcade subscription service—which will be stuffed with controller-compatible games—and Apple may have changed iOS gaming forever when it announced at WWDC that iOS 13, iPadOS 13, and tvOS will all support Xbox One and PS4 DualShock 4 controllers. It’s a year when the lines between mobile games and traditional gaming system like the Xbox are eroding, and Sky dropped at the perfect moment to remind us of the importance of that development. For all that, though, it’s a game that remains firmly in iOS’s past. 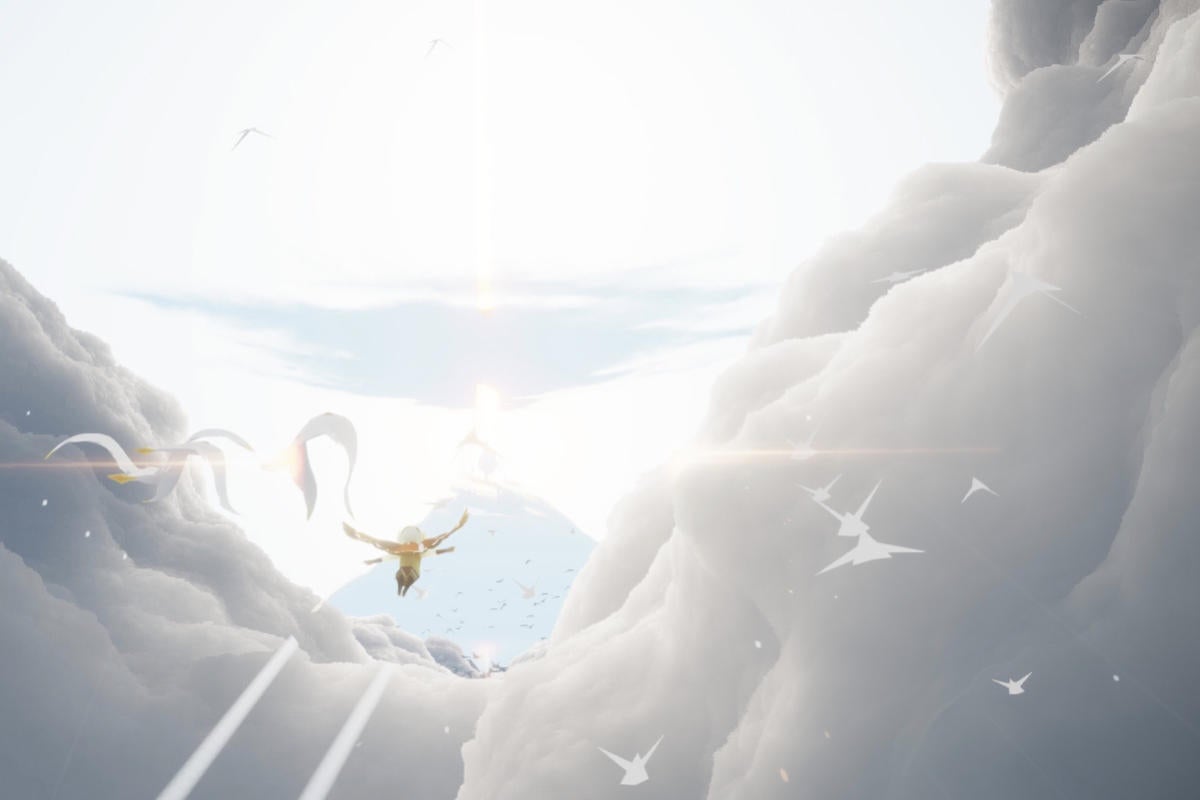 Imagine this, but with your thumbs in the way.

Knowing the impact Journey had on me, I wish I could have waited until I could have soaked up the experience of Sky on an impeded full screen. I see no reason why I shouldn’t be able to do that now, even if a “full screen” boiled down to what I get on an iPhone XS Max. After all, I’m not saying we need to ditch touch controls, but that they need to exist alongside controller support in games like Sky. Controller support enriches the options. I could play with a controller on my iPhone or iPad as I wish—or even on my Apple TV with AirPlay—and then, if I can’t get enough of Sky, I could switch to touch controls while on my bus commute. It’d be an experience much like what we get with the Nintendo Switch.

And in this case, there’s little reason not to introduce that support. I can’t imagine the absence of controller support has anything to do with multiplayer advantages, as multiplayer interactions in Sky have little to nothing to do with competition. No less a game than Fortnite proved that touch controls and controller support can coexist in a highly competitive, fast-paced multiplayer game (although developer Epic later forced iOS players who use controllers to play with console players).

Plenty of iOS games play fine without controller support, but the strength of games like Sky (and Thatgamecompany’s whole catalog) is that its multi-sensory experiences charm us with sights and sounds that are best experiences with no interruption. Here, much as in the earlier Flower port to iOS, touch oddly gets in the way. It’s probably no coincidence that Limbo, another visually stunning indie darling, has boasted MFi controller support on iOS since 2013 and still lingers near the top of many iOS “best of” lists. 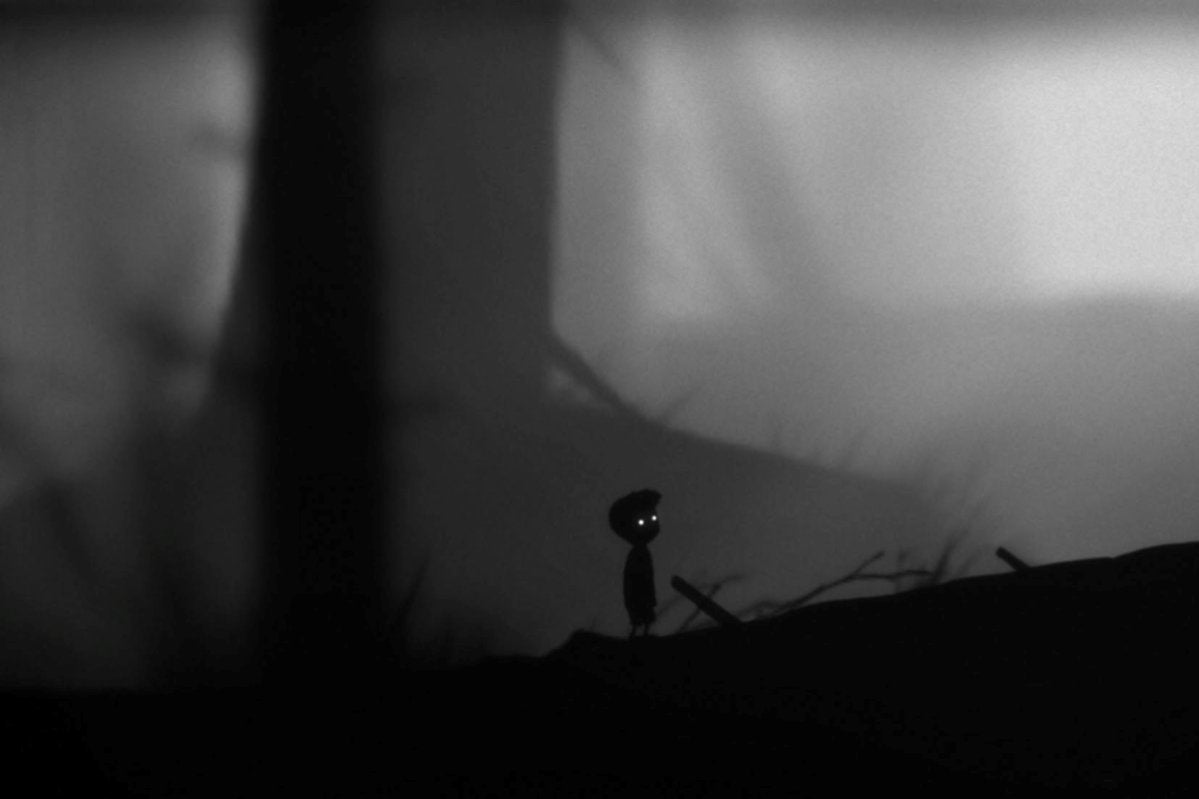 Sky loses something when you play with your thumbs. As a consequence, it will leave a bigger impact once it works its way to other systems—and that difference could have been avoided. With the coming expanded controller support and Apple’s support for well-crafted indie games in Apple Arcade, Apple is suddenly well on its way toward showing us that iOS is a game platform worthy of attention from the wider gaming community.

With controller support during its iOS-exclusive period, Sky could have been the game that showed the world how appealing that new direction could be.