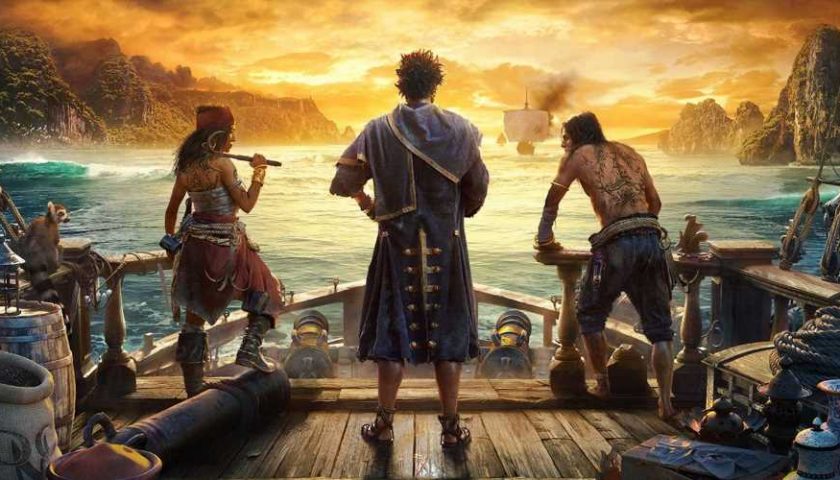 Most reading this have played video games through a pandemic so will know all about release dates being pushed back. No game has experienced quite as many as Skull & Bones though, and following its most recent delay, Ubisoft has assured anyone still waiting for it that a new release date will be revealed soon.

The follow-up to Ubisoft confirming Skull & Bones has been delayed for a sixth time was posted on Twitter (thanks, VGC). “Additional information regarding our new release date and upcoming tests phases will be shared with you all very soon,” the statement reads. Very soon might well mean today, as yes, even though Skull & Bones will no longer launch on March 9, the game is still getting its very own showcase a few hours from now.

Seemingly booked in a long time ago to give players their best look yet at the long-awaited pirate adventure, the Skull & Bones showcase slated for 5 pm today will go ahead as planned. That's despite Ubisoft stating the latest delay to its arrival had been implemented so that those who do eventually play the game will get the most polishied version of Skull & Bones possible.

And polished it should be at this rate as Skull & Bones has been in some form of development for a decade now. First announced in 2013, and initially coming in 2018, Ubisoft's ambitious jaunt across the Indian Ocean has been delayed again and again, and was even completely rebooted in 2020. As for when its new release date might be, Ubisoft has pushed it into its next financial year, so any time after March 31, 2023.

Skull & Bones was actually supposed to be the start of a new chapter for Ubisoft. The studio confirmed last year that its triple-A titles will cost the new industry standard $70 starting with Skull & Bones. Now that the pirate game has been pushed again, the new price point will have to start elsewhere. Perhaps with Assassin's Creed Mirage later this year, although if Skull & Bones doesn't arrive before that, it'll probably be safe to assume it will never be here.