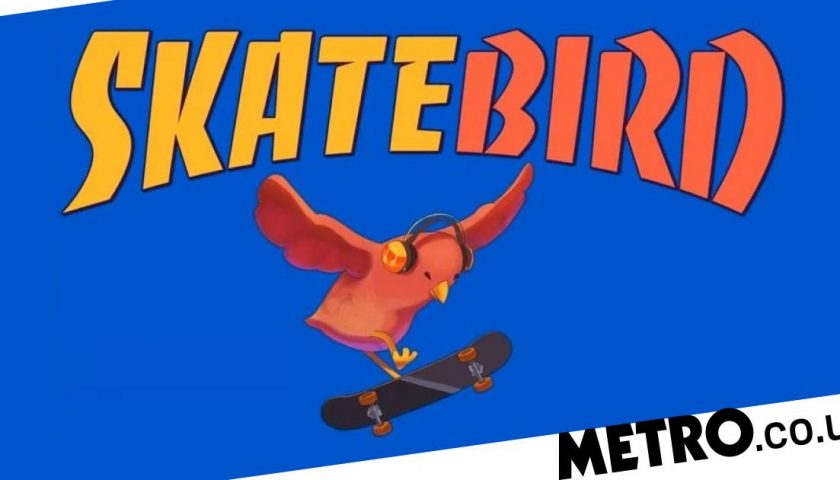 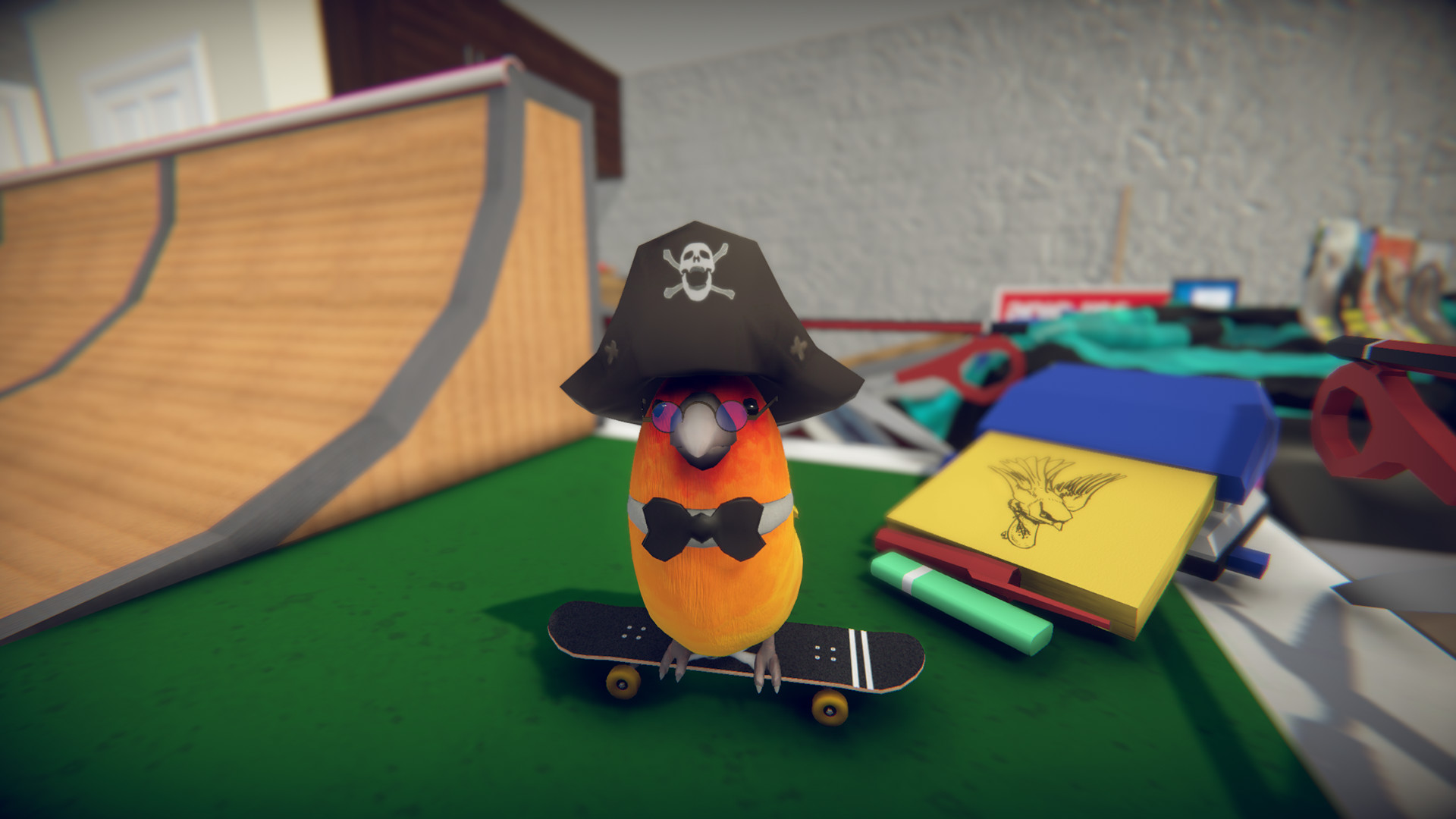 Budgies, woodpeckers and falcons hit the half-pipe in this indie sports sim, but is it really for the birds?

Although it’s never actually explained it seems worryingly likely that the idea for SkateBIRD came from someone saying, what if ‘Tony Hawk was an actual hawk’? As a result, you play as various types of birds, as you pull off ollies, kickflips, and rail grinds around a normal human house for high scores and fellow avian appreciation.

The novelty couldn’t have arrived at a better time. After last year’s excellent Tony Hawk’s Pro Skater remakes, skateboarding games are having a minor resurgence – with Skate 4, Session, and OlliOlli World either in early development or close to the horizon. No matter how great those end up being, however, none of them will have the ability to chirp (or ‘screm’ as SkateBIRD calls it) after landing a grab trick and riding into a manual.

You’re thrown into the first level with little guidance on how to execute anything, which would be fine if the controls felt instinctive or natural but, unlike Tony Hawk’s, SkateBIRD is loose and finicky. You control momentum by pushing forwards or backwards on the left stick, along with your steering, while tricks are tied to buttons. To achieve higher speeds and reach maximum air, you need to fill a ‘fancy’ gauge by performing tricks, or sliding on slopes without falling.

This control system means every time you fall you have to ride around and perform tricks just to regain your momentum. This wouldn’t be an issue if SkateBIRD was more precise, but too often you’ll fly off your board because of the jolting camera, awkward level design, or when a grind fails to register.

There are options to alleviate some issues, like adjustable sliders for balancing difficulty and steering sensitivity, but you still rarely feel the satisfying elegance of flying through levels – with far too much time spent constantly rebuilding speed to run the same tall obstacles.

Maintaining momentum has always been a core component of skateboarding games, but it feels like levels are unfairly fighting against you in SkateBIRD. Many grind rails lead to nowhere, half-pipes are often placed next to perilous drops, and even the opening level has multiple tiers of verticality to deal with before you’ve mastered the basics.

Visually, levels are covered in a distracting blur effect for anything not in your immediate vision, which makes spotting collectibles or mission items more difficult than it should.

Within each of the five skateparks you’re tasked with completing missions to progress through the story, like achieving high scores, doing certain tricks or collecting items. The light narrative is conveyed in small, pun-tastic text exchanges with other birds, as you try to gain the attention of a human owner who is consumed by their job.

The dialogue and presentation is charming, with plenty of winks at the absurdity of the situation and the missions you’re tasked with – like dunking yourself through a basketball net or cleaning up dirt by performing tricks over carpet stains.

The criteria for success however can be loose and random. In one mission, you’re tasked with performing tricks over ventilation fans to create a smoke signal, with one involving a fan bounce which catapults you to the other side of the map. Despite executing it correctly (and in the same way) each time, it took the sixth or seventh attempt for it to register as complete – meaning progress is sometimes a frustrating, haphazard battle against inconsistent systems.

Thankfully, at least the music hits. The soundtrack ranges from punk rock and ska to a laidback original score featuring chirps and wildlife presenter narration. While emulating, to some degree, the sounds of Tony Hawk’s Pro Skater, for the most part SkateBIRD offers something more relaxed and serene – something you wish the gameplay was tight enough to carry through.

SkateBIRD can be entertaining if you want to see a pigeon flapping through a skatepark in a top hat, but the unpolished gameplay and poor level design lessens its charms. While it pokes gentle fun at its Tony Hawk inspirations the joke never really lands when the game’s greatest achievement is simply to make you want to play Pro Skater instead.

In Short: A chirpy spin on the skateboarding sim genre, undermined by poor level design and frustrating gameplay.

Pros: The world and story, while thinly painted, are pleasingly silly. Some funny missions and lots of customisation for your bird skater. Soundtrack is great.

Cons: Gameplay is often frustrating. Levels have lots of awkward spaces which stop your rhythm. Gaining momentum feels like a chore thanks to the ‘fancy’ gauge. Blurry backgrounds are distracting.