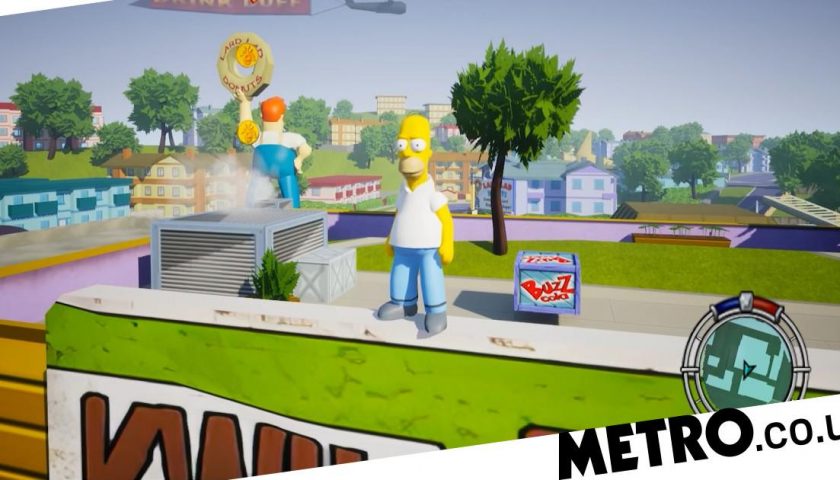 Since an official remake or remaster for The Simpsons: Hit & Run appears to be out of the question, a fan has decided to do it himself.

There is a lot of demand for The Simpsons: Hit & Run to receive a remake or remaster for modern platforms. Unfortunately, such a project seems incredibly unlikely for a number of reasons, so die-hard fan Reubs is doing it himself.

In the space of a week, Reubs, an experienced Unreal Engine 5 developer, was able to create a working demo of the game’s tutorial mission. He goes into further detail about the development process in this video, but it certainly wasn’t as simple as just porting the game’s assets into a new engine.

He was able to transfer the map of Springfield from the game’s first level, where he could then touch up the visuals, lighting, and textures. The model of Homer, one of Hit & Run’s playable characters, was downloaded from a separate source and was given more advanced animations. As for all the audio, that was ripped straight from the original game.

For a one-man job, it’s an incredibly impressive feat. So much so that Joe McGinn, Hit & Run’s lead designer, left a comment to call Reubs’ work ‘amazing’. There was a download link for the demo, but Reubs has since removed it, unsurprisingly due due to copyright concerns.

Hit & Run was released in 2003 and was basically a Simpsons version of Grand Theft Auto, where you could drive around various maps and complete missions, as the family slowly uncovers a conspiracy involving Buzz Cola and wasp-shaped security cameras.

In an IGN interview earlier this year, Matt Selman, who has written for the show since it started and co-wrote Hit & Run, admitted that he’d love to see a remake/remaster. But he added that making it happen would be incredibly complicated.

Obtaining the rights again is likely the biggest hurdle, plus the studios which worked on Hit & Run technically don’t exist anymore. Publisher Vivendi Games merged with Activision in 2008 and was effectively dissolved.

As for developer Radical Entertainment, which also made the two Prototype games, while it wasn’t shut down per se, Activision did say in 2012 that the studio would no longer work on its own games and instead would merely support other projects.

Since then, it supported development on the first Destiny, but it otherwise has no notable credits. If it is still active, it’s probably only contributing to the Call Of Duty series, much like most of Activision’s studios at the moment.