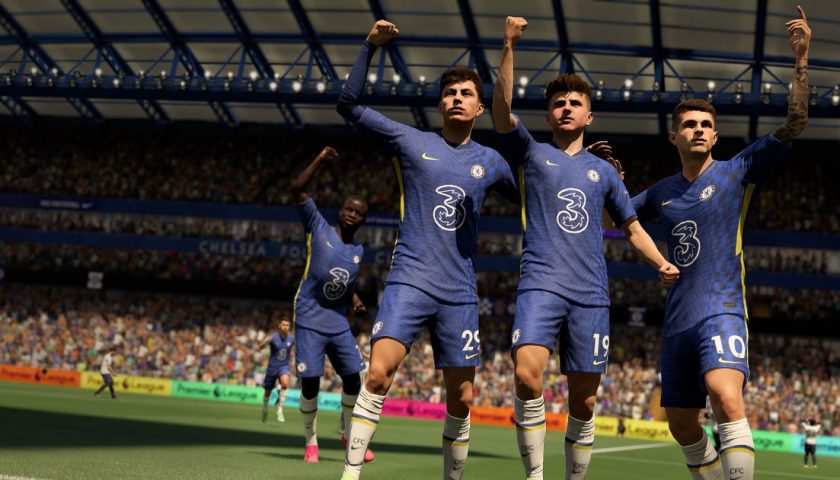 Players in FIFA 22 have been disgusted by the continued use of fellow players using offensive names in relation to infamous criminals.

In popular modes such as Pro Clubs, players have been using the likes of Yorkshire Ripper Peter Sutcliffe, disgraced paedophile Jimmy Savile and rapist Josef Fritzl.

In September this year, we spoke with a man named Adam Johnson, who was banned from using his name because of the disgraced footballer he shares his name with.

However, FIFA players are able to use the names of notable criminals.

We also spoke to one user who told us he uses the name of the Yorkshire Ripper for his virtual pro on Pro Clubs and EA allows the use of the name.

"I use the name Peter Sutcliffe," the FIFA player, who wishes to remain anonymous, told the Daily Star.

"I've been using it for about two years for my pro clubs’ character. There is kind of a thing about FIFA where you either name your club or your player something toxic or inappropriate, for example, you will face teams using the name Saviles under 8s or you will get comedic ones such as Nice to Michu.

"The game is the creativity of names and building the pros but at the same time, something offensive is still offensive. And to a certain degree, people are overly sensitive but I get where they are coming from in a way."

FIFA has proactively banned a few names this year and with the introduction of women, there have also been bans on the names of Doctor Who actress Jodie Whittaker and former athlete Jessica Ennis-Hill.

Joseph Hagan, who has been playing FIFA since 2009 FUT started, feels EA needs to do more.

He said: "I play FUT and it’s quite commonplace to come across controversial names. A few I’ve encountered are like 'Found Maddie'. They are normally a play on words using players names 'lyck Matip' for example or 'Cahill urself'.

"EA definitely needs to do more because some names can be very triggering. However, I understand that the AI probably isn’t there yet to detect these names if they use a play on words, are spelt differently or a clever use of spaces."

Another user Ben, who started playing FIFIA 96, said: “FIFA’s community is pretty toxic, and EA are responsible for not putting more controls in place.

For the latest breaking news and stories from across the globe from the Daily Star, sign up for our newsletter by clicking here.

"On FUT it's the team names. It can be things like Adam Johnson’s U12s. On Pro Clubs, it’s much worse with Team names, Abbreviations and Player names.

"It’s even worse this year with the inclusion of being able to pick a female character. So there’s a lot of negative stereotypes/ crude nicknames being used."

A spokesperson for EA said: 'Electronic Arts is committed to making our games and experiences fun, fair and safe for everyone. We use various tools to achieve this, including tools to filter inappropriate user-generated content in areas such as in-game chat and EA Account, player and team names.

'Unfortunately, because of the disruptive behaviour of a few members in our gaming community who use certain words or names to harass other players or to glorify offensive conduct, our filter prevents anyone from using these words. We think it's best to proactively minimise any potential harm or disruption those words can cause for players of all backgrounds. Through monitoring and reporting from our community, we are continuously updating and improving our filter settings. Our goal is to find the right balance to allow players to speak freely, be creative and still remove the most disruptive content.

"Electronic Arts stands firmly behind our commitment to promote positive play, and we are continuously advancing our tools and solutions so we can identify and take action on disruptive behaviour."