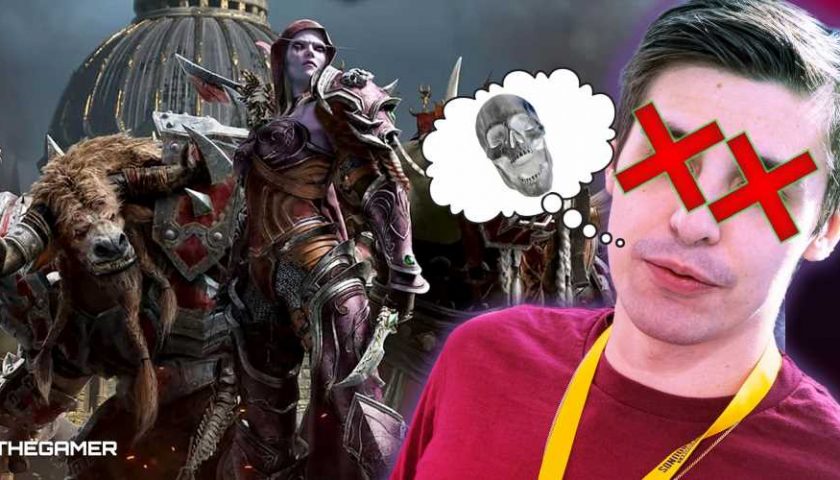 In two recent streams, Shroud professed his undying love for World of Warcraft, but also confessed that love is "killing" his channel.

"Valorant is not bad. Just like, it ain’t no WoW," said Shroud on his December 19 stream. "All these games aren’t bad, they are just not World of Warcraft. That’s it, it’s really that simple."

A day later, Shroud followed that statement up with a small sing-song rant after diving into on of Warcraft’s many raids. "World of Warcraft is my favorite game in the world, but it’s killing my channel. But I don’t f*cking care because I’m getting loot in a game, that I love."

As noted by Dexerto, he’s not wrong. Shroud’s viewership takes a noticeable dip whenever he plays World of Warcraft. On December 18, he averaged around 6,300 viewers on a stream where he only played WoW. On December 19, he played a mixture of WoW, Overwatch 2, and Valorant, and had an average view count of 10,700. His peak views occurred during the Overwatch 2 segment, while his lowest view count came from playing World of Warcraft.

World of Warcraft is still a massive game, but it might not be quite as massive as it once was. Besides Shroud’s viewers taking a tip, we know Blizzard lost 29 percent of its players between 2018 and 2021. Overwatch 2 has probably helped to bring some of those players back, and Diablo 4 will likely help even further, but many of those lost players may have finally dropped off of World of Warcraft.

But even if WoW doesn’t have as many players as it used to, it’s still going strong. Dragonflight feels like a great new addition to Warcraft, and Blizzard laid out a content roadmap for 2023 that looks to be full of fun surprises.