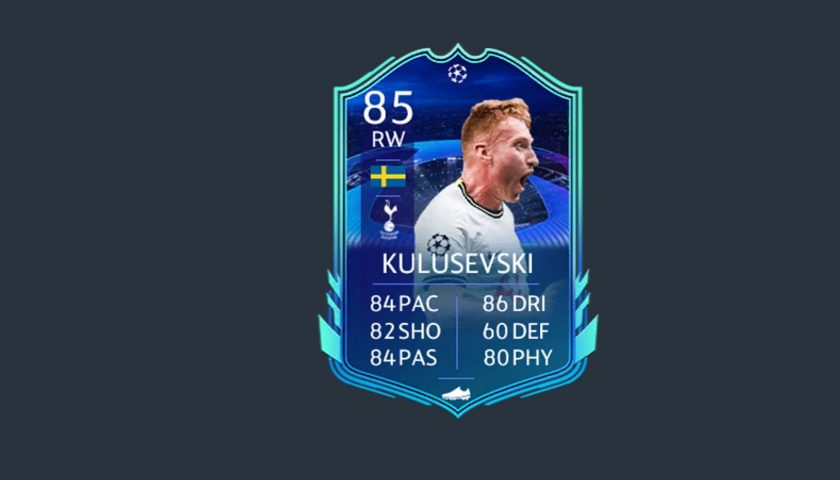 Dujan Kulusevski is the first Road To The Knockout SBC in FIFA 23. Yes, with an Architect this card can be lengthy. Yes, Spurs might do decently in the Champion's League. However, the card is pretty expensive – especially compared to the Sterling SBC that went live yesterday. We compare the two cards below.

This guide breaks down how much the SBC costs, how Kulusevski plays, and whether we reckon this card is worth your coins at this stage in the game.

How Much Is Kulusevski? 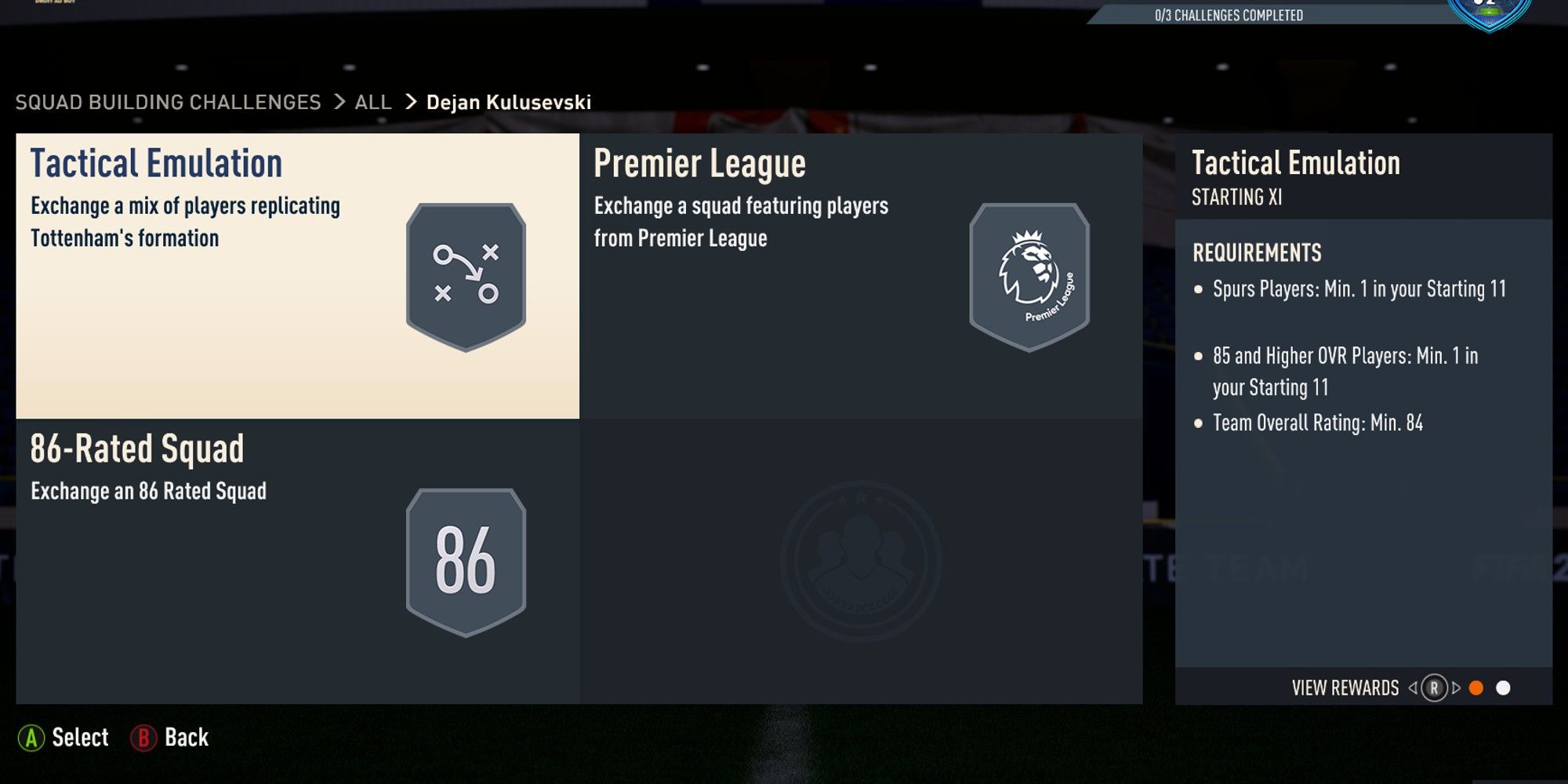 That should be sign enough that maybe this SBC isn't the best value.

Is Kulusevski A Good SBC To Complete? 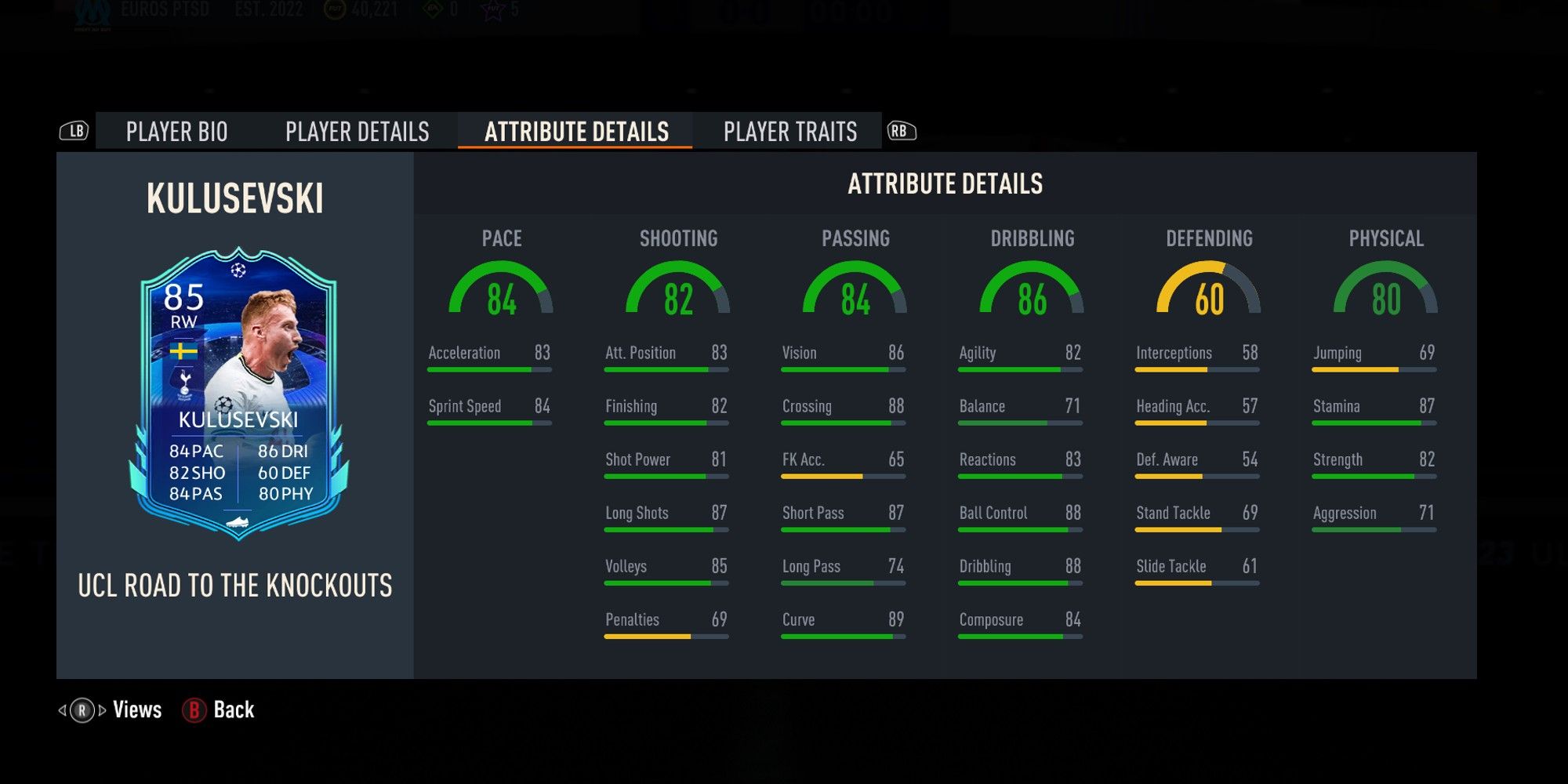 We are here to offer impartial advice – in our opinion, Kulusevski is absolutely not worth this kind of coin. Even with the potential of one or two, maybe even three if Spurs go all the way, upgrades, this card is still not worth this sort of money. Let's compare this card with Sterling's Ones To Watch card from yesterday's live SBC.

But, it's not all negative. Kulusevski is a well-rounded card, with solid 80+ stats in pretty much every area it matters (including a juicy 87 long shots for those wing cut-in shots), and plenty of physicality and passing. With upgrades, and the full Lengthy stat from Architect, you will have a bit of a monster of a player on your hands. It's just whether you think it's worth almost 200k this early on.

If this SBC was the same price as Sterling's, or maybe just a little cheaper, then we'd definitely consider giving this card a go.

We've used Kulusevski's base card (it started in our first Premier League team), but not this SBC version. Yep, the card can be Lengthy which makes it much more usable than cards like this in the past. Even so, we've found that bursty pace for wingers is still more valuable. Lengthy is better for fullbacks and wingbacks.