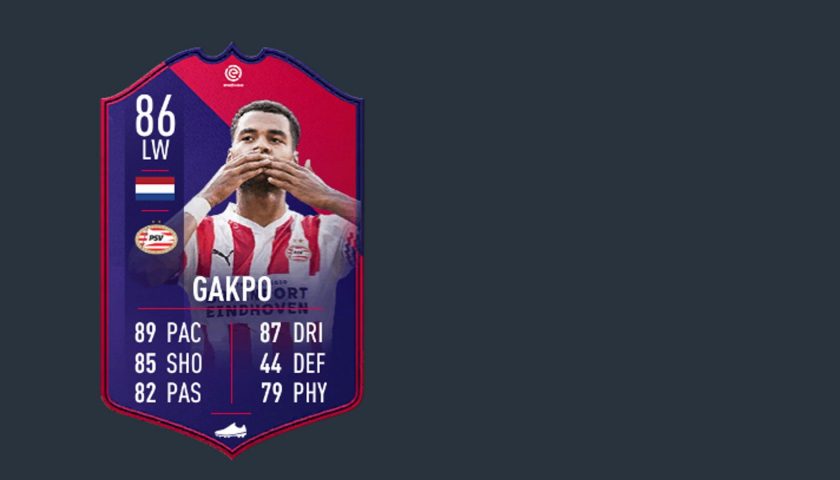 Cody Gakpo is today's FIFA 23 SBC dropped by EA. Unlike some other big hitters we've had so far, this is a very, very affordable SBC, but Gakpo comes from an off-league, and you might struggle to fit the player into your team. Thankfully, FIFA 23's chemistry system is a lot more forgiving, so players like this will be in higher demand going forward.

This guide covers how to complete the SBC, how many coins it's likely to cost, and whether the card is worth your time.

How Much Is Gakpo? 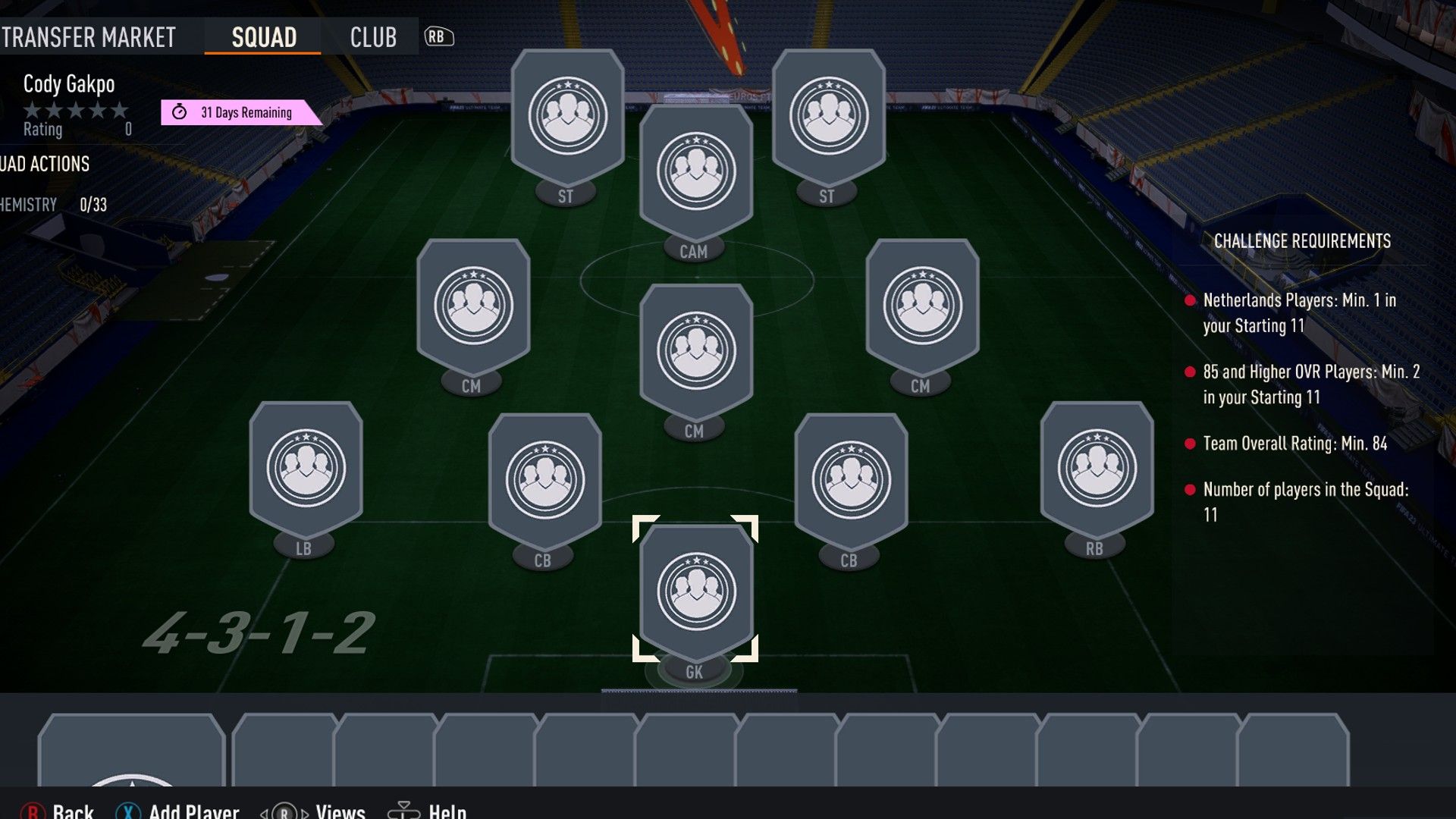 Cody Gakpo's SBC requires an 84-rated squad with at least two 85+ players in the team. You'll also need one player from the Netherlands. There is no chemistry requirements at all, which is part of the reason why this is such a cheap SBC.

An 84-rated squad in the current market will cost around 25,000 coins in total. Or, if you're like us and have a club full of random untradeable cards, it'll cost you very, very little. Basically free. So, is Gakpo worth that kind of money?

Is Gakpo A Good SBC To Complete? 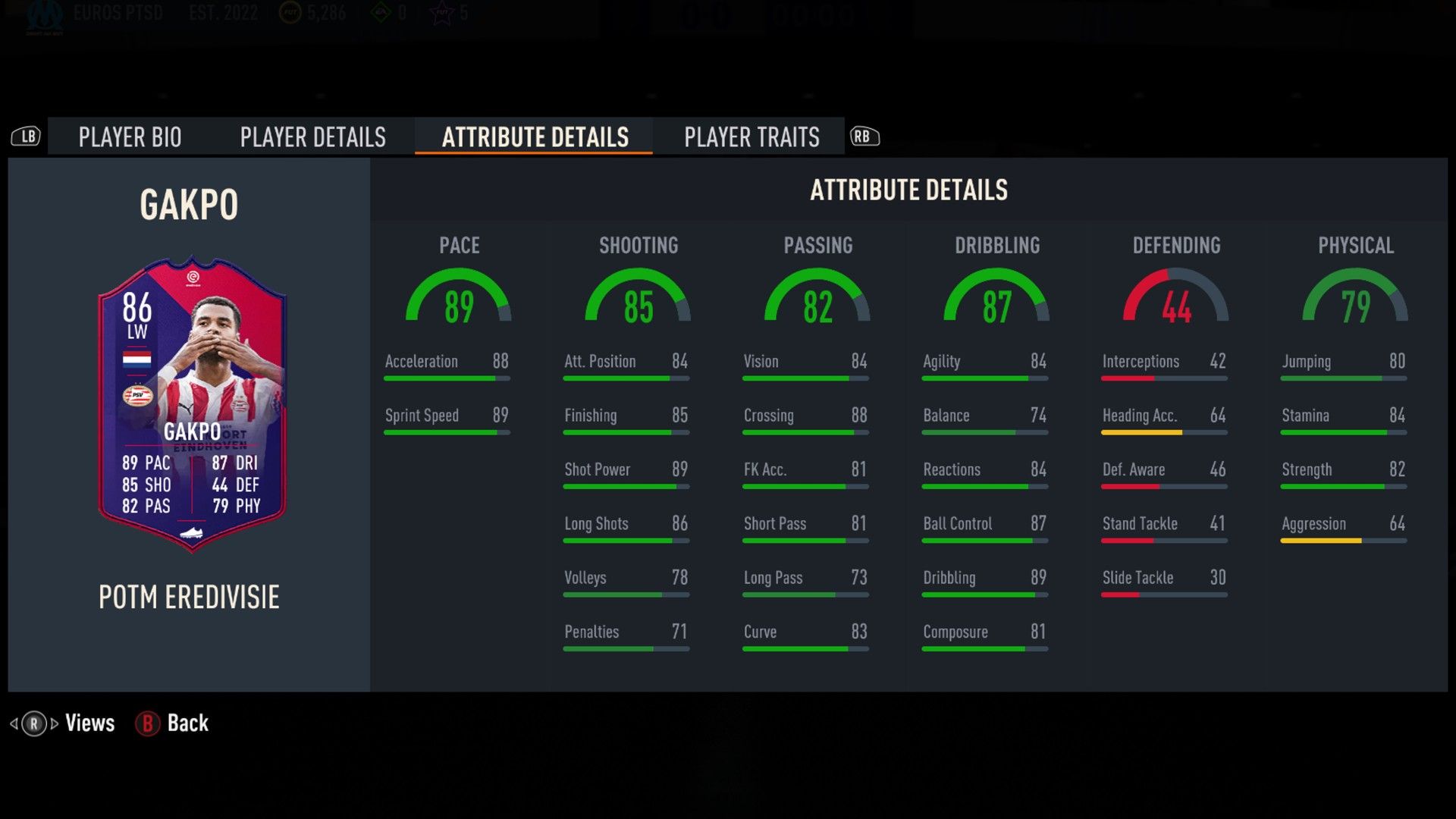 In short, yes. This card is actually pretty ridiculous for this stage of the game. Gakpo has 89 Pace, 87 Dribbling, and 85 Shooting. That comes with a decent passing stat of 82.

Compared to a card like Phil Foden, an 85-rated LW from the Premier League currently on the market for 35k coins, Gakpo is a no-brainer. Foden is very meta this year.

Here's a look at their key stats compared:

Although it's tight between the two, Gakpo outperforms Foden in most areas. This is similar for other likewise-rated Left Wingers in the game. Gakpo really stands out.

We've played two matches with Gakpo on the wing, and he feels nippy, agile, and has a great cross. He's not quite as tactile as Foden or another player with high Agility and Balance, but we can tell this card is going to be a frustrating one. Trivela from the left wing. Over. And. Over. Again. Bare in mind though, you are position restricted with this card: Gakpo can't play as a striker for chemistry purposes.

This card cannot be Lengthy, has the outside the foot shot trait, the finesse shot trait, and team player.

How Can You Fit Gakpo Into Your Team? 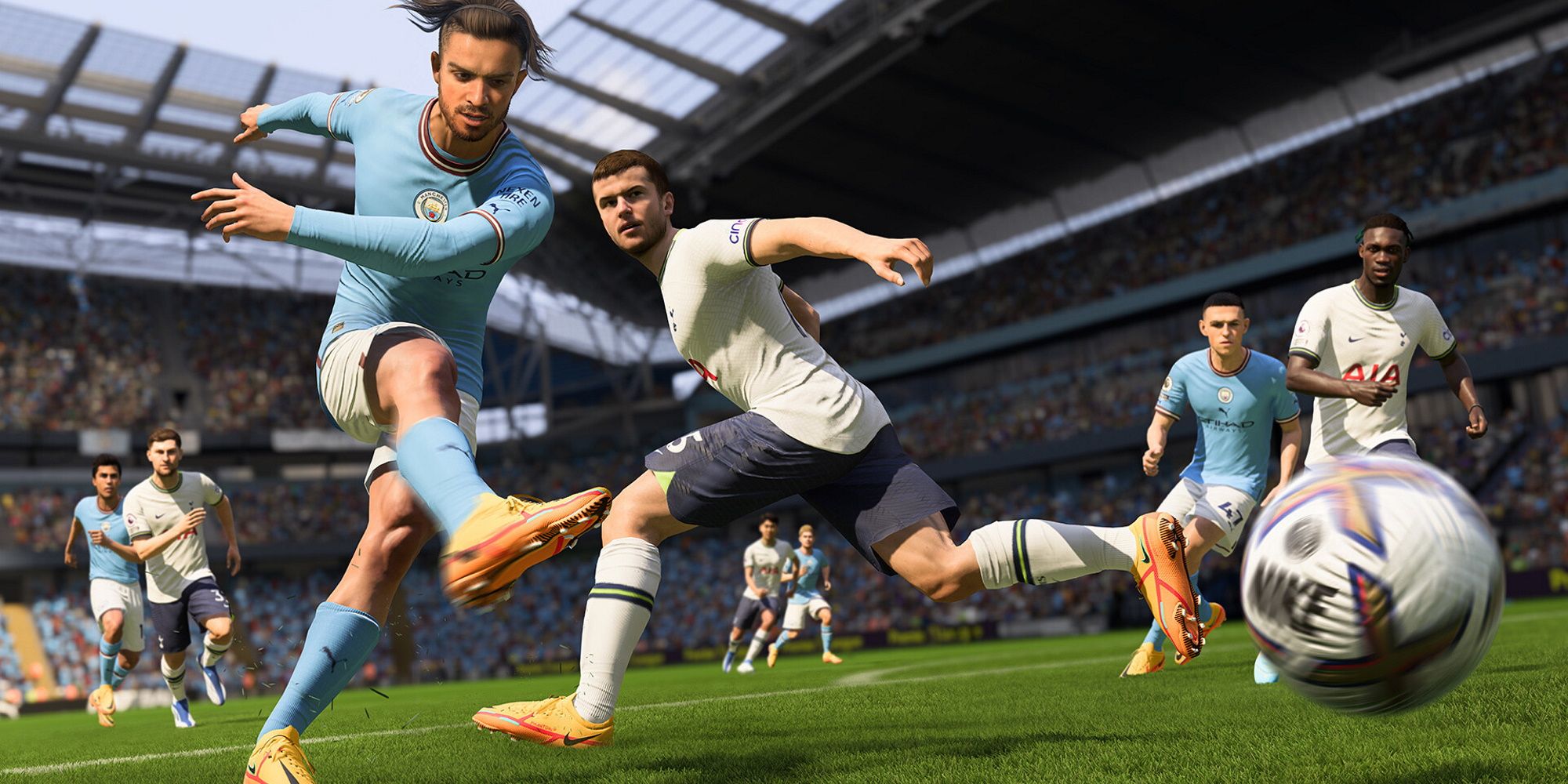 Gakpo is Dutch and plays in the Eredivisie, the Dutch league. That means you can pair him up with the likes of Van Dijk (if you're floating that kind of coin already), or the 80-rated OTW Bergwijn. You should also pick up the Kasanwirjo story card (unlocked via season objectives) for a good pairing at RB.

Other cards that work:

Admittedly, these are tricky to build around. That's where the Gakpo card is still a struggle – until there are other special cards from the Dutch league, it's going to be hard to get max chemistry.

However, with another weekend league on the way, and considering how affordable this card is, we say definitely do it – even if you're just going to use the card as a substitute to griddy on your opponent in the 88th minute. Get rid of some of that untradeable fodder. Live it a little.